The Kaliningrad zoo is one of the oldest in Russia. Founded in the XIX century, it is also the largest footprint. Here live the amazing animals. Zoo wins even compared to Moscow, surpassing it in the number and diversity of inhabitants. 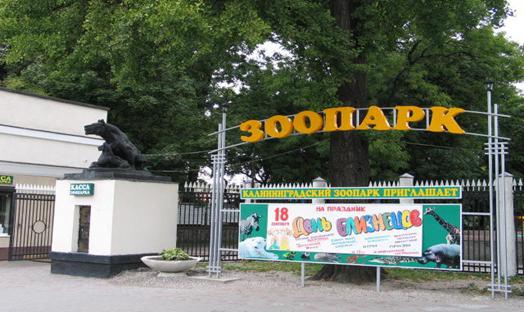 More than 100 years the zoo pleases locals and visitors alike. It was founded in 1896, the first Director was Hermann Claesson. It was in königsberg. Then on its territory was located about 900 species. By the beginning of the First world war, the size of the Park area was increased to 16 hectares, and the number of inhabitants is over 2,000. The war brought its own changes, the Park was closed to visitors and all the rooms were used as warehouses for weapons and armor.

After the First world war the restoration of the lost beauty walked slowly, closer to 40 years of XX century the Park was renovated as it should, the resulting offspring from many species: tigers, leopards, penguins, sea lions. That followed the Second world war almost wiped out the zoo with the face of the earth. Survived only four animals. But in ' 47 it was rebuilt and opened, and with the help of other zoos quickly regained their collections. 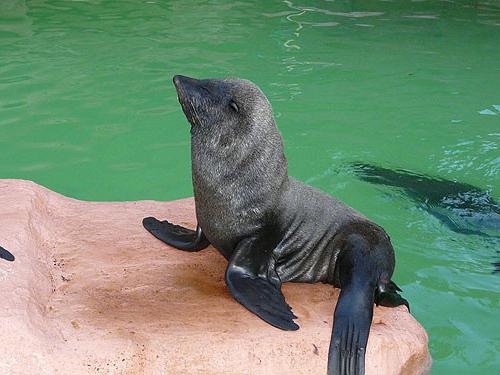 Symbol of the zoo

As has been said, to survive in the storming of königsberg by Soviet troops managed only 4 inhabitants. Among them was seriously wounded Behemoth, which miraculously managed to get out. It was the beginning of a new era in the history of the zoo, the first large animals. This pet became a legend and its image placed on the flag, placed at the entrance. 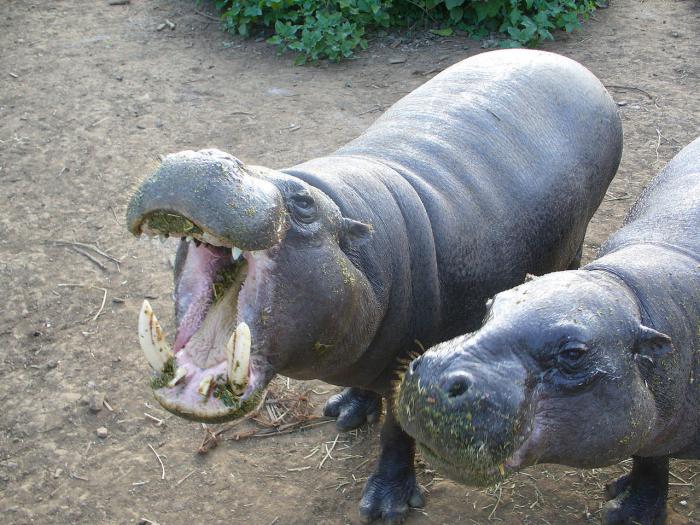 The zoo in Kaliningrad is not just about entertainment for people, but also a unique monument of nature. Gorgeous green decor, a huge variety of shrubs and flowers complements and adorns the mountainous terrain. Spacious aviaries, ponds and grazing is designed to allow visitors to see animals without disturbing them and being safe. 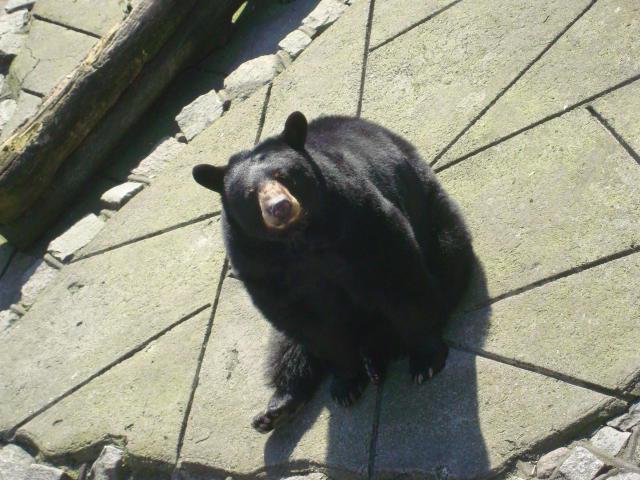 The Zoo in Kaliningrad has about 2500 animals belonging to 300 species, 51 of them listed in the Red book. In the Park these animals feel well and regularly bring offspring. For the recovery of the population this is not enough, but it gives you the opportunity to preserve the unique wildlife.

In the centre of the Park include a fountain, the largest and most beautiful in the city. The height of the streams reaches 18 meters. Throughout placed benches and gazebos for companionship and family picnics. Today, this Park involves a lot of urban projects, it is planned to resume the tradition of holding musical evenings, to introduce the celebration of the anniversaries of the Park in the style of the ‘Night at the Museum”.

The zoo is a beautiful animal sculpture: figure of an elk in bronze, the statue orangutan made of stone, and others. The entrance is decorated with sculptural group portraits of animals. 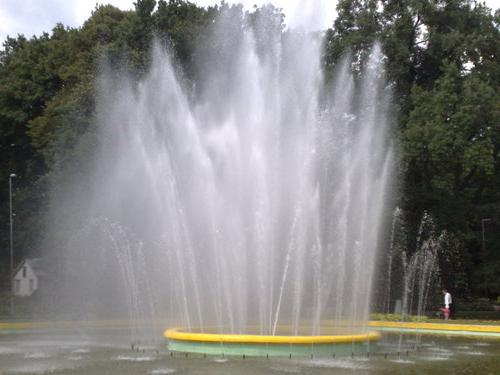 The Most interesting animal of the Kaliningrad zoo is a major representatives of this class. Why should only the enclosure with the bears! Around him is always a crowd of visitors, and Bruin, as the real actors, show the whole show. Bear rock is arranged in such a way that the animals are walking very close to the people, their shuts a low fence, but in front of him specially made a deep ditch to the mighty animals did not threaten the life of visitors. Live here are white, brown, Asiatic black bears and Grizzlies. They look quite good-natured, but do not risk to put on the barrier of children so they do not fall inside. This incident animals perceive as an attack on their territory.

The Pool from animals pinnipeds - a love children and adults. Funny seals almost not afraid of people. Here is often offspring, among adults you can see charming white kids. Nearby, in a huge cage, located hippos. This is a real long-livers which fifty years and more pleasing to visitors.

Along the perimeter of the zoo are enclosures with ungulates: bison, zebras, deer, tours, to sheep. 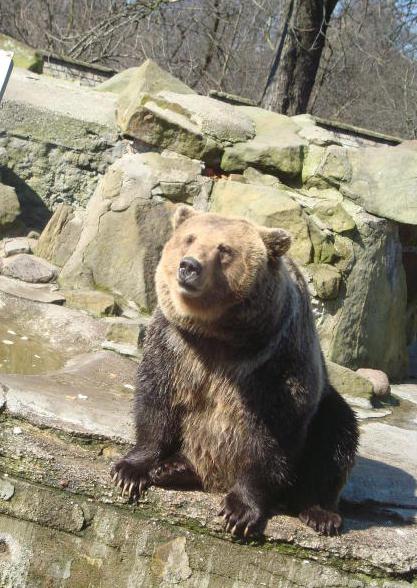 The Variety of birds amazes and delights. Here live many rare species or is listed in the Red book. Here is home to 6 species of cranes, 4 species of swans: black, mute, trumpeter, black-necked. There are pelicans, flamingos, birds of prey, exotic birds, parrots and other. This is a real "flower garden" that I want to enjoy, moving from pond to pond, from one breeding area to another! Not so long ago there was here horned crows. Visitors especially love the talking Raven Yasha. 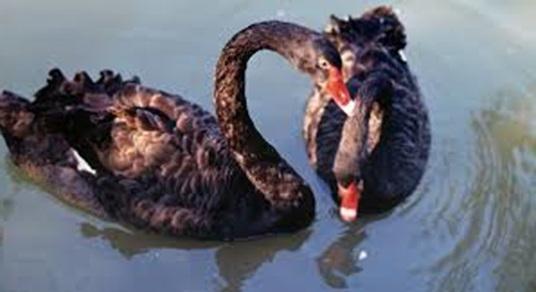 This is an interesting collection includes about 60 different species of crawling and swimming creatures. There is a terrarium in a building that has been preserved from the times of königsberg, although it was reconstructed. Here you can get acquainted with young geckos and huge pythons, various frogs, blue Australian tree frog, and poisonous frog. In winter the terrarium are home to crocodiles and turtles, and in the summer they move into outdoor ponds.

Today the building of the aquarium accommodates relatively few inhabitants, only about 60 species of fish. In the winter garden constructed a new building, which will take much more both marine and river residents. They plan to settle stingrays and other interesting creatures.

They more than others attract the attention of tourists. Where else will you be able to see the white elephant - this giant sushi? Enclosure with white Rhino, a beautiful but very aggressive and dangerous animals, too, should not ignore. But a huge African ostrich - a bird proud, yet sociable. They are happy to come close to visitors and posing. Giraffes are not less good-natured and very beautiful. Funny tapirs and pygmy hippos, pohryukivayuschih in the manner of domestic pigs, cause only tenderness. 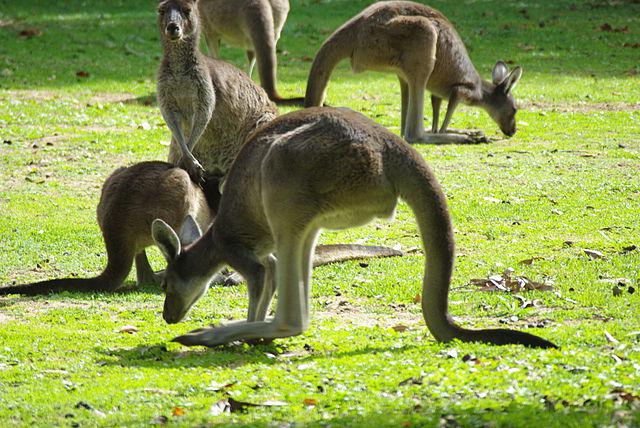 A Nice feature of this zoo is that the enclosures are not enclosed with bars, and the safety of visitors is guarded by deep ditches and a low fence with spikes. So the impression that you are walking near the animals, and they are in a natural environment.

Park of exotic plants is another reason to visit the zoo. Photos taken here will be for many years to please its brightness. Colorful representatives of the Park is not only animals, but also rare plants. The most famous plant that comes to see every visitor, is the Ginkgo tree, the age of dinosaurs. It is a relict species.

A walk in the Park is very interesting, but tiring for children. For this there is a convenient trolley that can take up every visitor. For a toddler trek turns into an adventure, because you can not only see all around, but at the same time to skate, and adults do not have to carry a tired child on my hands.

Especially for curious kids created by the platform “hop-frog". Here children can play with young Angora goats and Cameroon. Sometimes appear on the floor and other adorable babies of the animal world. Next horse-pony ride everyone in the truck. 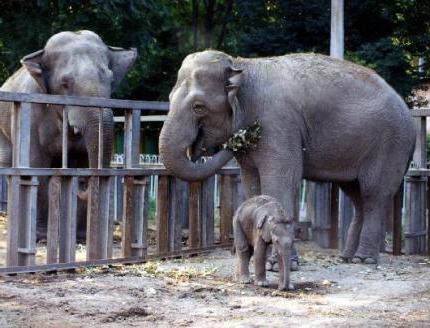 A Circle of young biologist

Adolescents aged 11-13 years with a welcome to the young naturalists. Zookeepers show them several players are taught to care for them, classes. It brings kindness and responsibility in the younger generation, in addition, gives free access to the Kaliningrad zoo. The ticket price for kids and so quite affordable, 50 rubles, but in the circle of the baby bonus gets access to kindergarten to kids, which artificially feed the zoo. For adults the price of admission is 100 rubles.

Mode of operation of the zoo

If you live in Kaliningrad or going to stay in this beautiful city, preserved the features of German architecture, don't forget to visit the zoo. Address - Prospekt Mira, 26. You can get on any public transport: bus, trolleybus or tram. Your children will love this tour. And adults enjoy visiting the zoo (Kaliningrad). Mode allows you to visit all year round, in summer from 9:00 to 19:00 and winter excursions end in 2 hours early. Note that in the cold season, heat-loving animals transferred to the indoor space, and to see them is almost impossible.

The Park is open without you...

In anticipation of the summer holidays, every parent starts to think, than to occupy the child at this time. The best option would be a children's camp, away from the city hustle and bustle. Such places in Russia an incredible amo...

Incekum – a small resort on the Turkish coast of the Mediterranean sea. It is famous for fine sand, wide shallows and clean mountain air. The length of its recreation area is eight miles. The hotels of the village are focuse...

Where is Goa one of the paradises of the Earth

One of the best Asian resorts is considered to be the Indian province of Goa. In order to enjoy the amazing tranquility of this settlement, this annually attracts thousands of tourists from all over the world. However, many still ...