Moscow Museum of modern art – the first in the history of Russia state Museum, the specialization of which covers the art of the XIX and XX centuries. 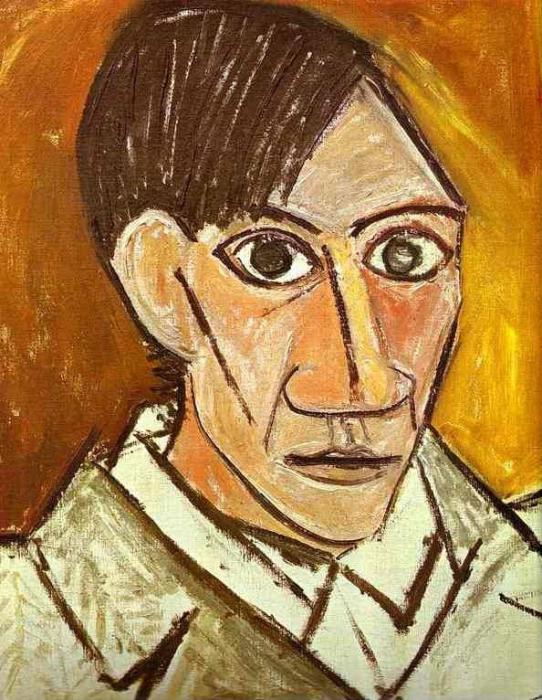 The Opening of this important state of an object took place 16 years ago. Since then, the Museum has managed to achieve the status of one of the most important art-centres of the capital, which are regularly held exhibitions and themed events.

Moscow Museum of modern art (MMOMA) since its inception, has repeatedly expanded the profile of their activities, thereby earned the gratitude of a grateful public. Thanks to the support of the NCCA (national centre for contemporary art) within the scope of the activities of the institution was held the international youth contest of young talents, held twice a year.

The Moscow Museum of modern art: address and conception

The Opening of the institution took place in 1999 thanks to the assistance of the Moscow Department of culture. The idea of realization of the project belongs to the President of the Russian Academy of arts Zurab Tsereteli. 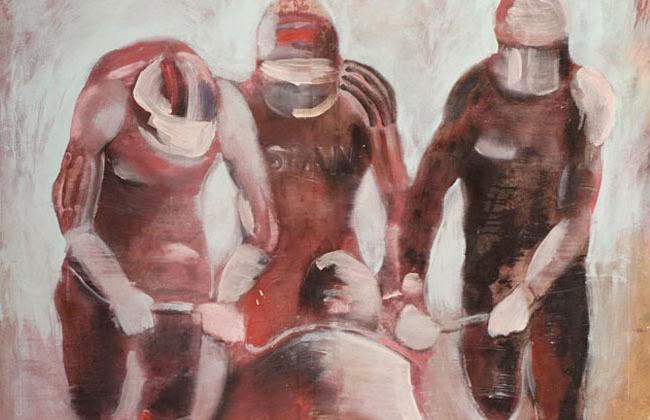 Having an impressive personal collection of art works written in the XX century, the founder began the replenishment of the funds of the Museum from its own reserves. Later paintings markedly increased, and today the pride of compatriots can say that the famous Moscow Museum of modern art became one of not only the most important exhibition centers in the country, but also widely known in foreign Bohemian circles.

According to the Executive Director Vasily Tsereteli, their Museum of modern art in Moscow is very kind to its walls Biennale (international exhibition of paintings with the purpose of their presentation), as such events give a chance for beginners and talented artists to Express themselves and to communicate with the masters of world size. This is very valuable as an application to participate has the opportunity to submit everyone, which gives internationality of the art world, opens new horizons in the artistic field.

Location of the Museum, as befits such a significant building, – city centre. The Museum's exhibition venues in 4 buildings. The main complex is located at the address: Petrovka street, 25. In its depths there is a constant exposition, and sometimes temporary exhibitions. For reference: this is the former Gubin's mansion. In addition, the Moscow Museum of modern art offers additional exhibition spaces, the addresses of which: Ermolaevsky lane 17, Tverskoy Boulevard 9, Gogolevsky Boulevard 10.

The core of the collection of the Museum

Since we are talking about the Museum of modern art, it is logical to assume that the vast majority of the main collection belongs to the brush of the avant-garde. Among the works that formed the basis of the Central exhibition exhibition centre, was the works of Picasso, Salvador Dali as well as works of advanced artists of the Russian school of painting of the XX century.

Most of the works included in the Museum's collection, was purchased at art auctions in Europe and the United States of America. 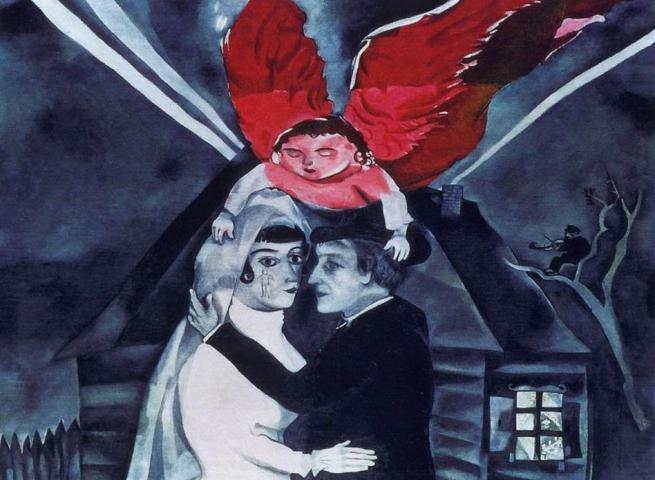 It is Known that the ART returned home a lot of paintings by Russian avant-garde, previously taken abroad. The artistic core of the Museum are the paintings of Malevich, Marc Chagall, Mikhail Larionov and Natalia Goncharova, Pavel Filonov, Wassily Kandinsky, Aristarchus Lentulov, Alexandra Exter. In addition to painting, in the ART-there are sculptures, the most valuable of which belong to the hand of Alexander Archipenko and Ossip Zadkine. Also the pride of the exhibition are the works of the primitives, among which there are paintings of Niko Pirosmani.

As previously mentioned, the main part of the art exhibition Moscow Museum of modern ART located on Petrovka, in a house of the rich merchant, and industrialist Mikhail Gubin. The building was designed according to sketches by Russian architect Kazakov Matvey Fyodorovich (famous during the reign of Catherine the great). It was his merit belongs to the restructuring of the Central part of the capital in the tradition of the Palladium architecture.

By the end of XVIII century the house was the main building of the city mansion Gubina, and later, his assets became a gymnasium. Ironically, in the walls of the school studied such artists as the poet Bryusov, and the Creator of private literary theater Museum – Alexei Bakhrushin and his brother.

The 1917 Revolution has not spared the mansion, and his fate changed dramatically. The need to receive a noble education has disappeared, and the wall of the building was converted into Institute of physiotherapy and orthopedics. Until 1999 until the moment when was created the Moscow Museum of modern art, the building housed medical institution.

In the framework of the Museum regularly hosts exhibitions, and sometimes the user is satisfied with outreach activities, organizing expositions in the exhibition halls of other cities of Russia. 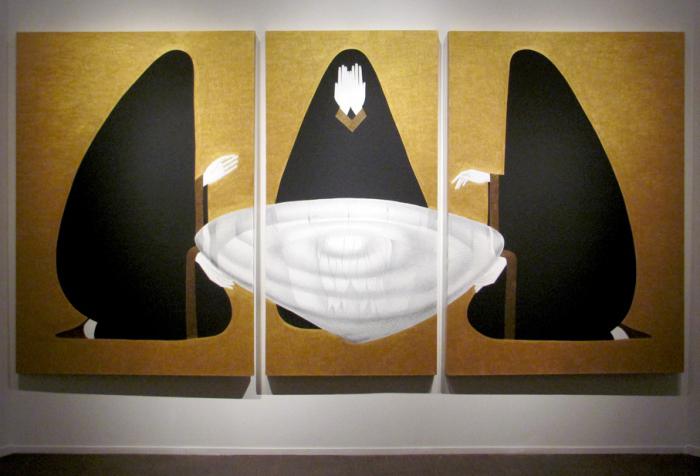 At the moment, the Museum of modern art in Moscow, holds 9-th international art Biennale, with the current theme «Fashion and style in photography». Viewers will be able to see the projects until March 29.

In the list of participants of the art contest are young talents from Chelyabinsk, Moscow, St. Petersburg and other cities of the country. The aim of the exhibition – an attempt to show through photography the core of Russia, to find something in common that unites all the generations, able to combine the shared experience of the people.

The Biennale will bring together artists from different countries:

Charity auction under the auspices of the new Museum

Moscow Museum of modern art is not limited to their typical activities, and constantly expanding her horizons. This is indicated by scheduled in early April 2015 event with the peace name “Art is to be there”, which will be held a charity auction. The collected funds will go to institutions that support people with autism nature. 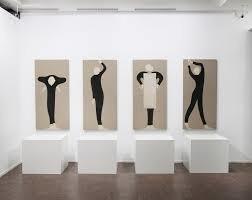 In Addition to the financial goals of the auction, the organizers believe that holding of such events will attract the public attention to the people who ascribe to mental illness. As lots will be presented any works of art that will provide the exhibitors.

Educational events at the Museum

The INSTITUTE – a truly unique art-project of the country, which for a short time of its existence has become popular among young people. In our time, the art world is undergoing significant loss, because computer technology has replaced the real painting, theatre and even music. However, for people who are not ready to abandon the beautiful in life and strive to adjust their art to the realities of the modern world, always opened Moscow Museum of modern art. Reviews of visitors and participants of exhibitions admire its scope is largely due to open on the basis of the ART training program “Free workshops”. This year classes for people with outstanding thinking and a desire to grow in the field of contemporary art. Upon graduation, all participants receive diplomas.

Describing the ART, it is impossible to do without mentioning the activities that the user provides for the education of the aesthetic sensibility of the young generation. 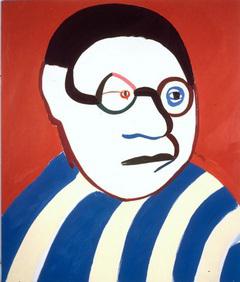 For kids and Teens lectures on subjects relating to the history of the development of art, architecture and painting. Notable is the Studio “Fantasy” which is already 10 exists on the basis of the Museum. It educational classes for children, where the focus is not on the painting itself, and the ability to feel the color and build of the song.

The INSTITUTE is comfortably located in the historical heart of the capital, which is very convenient for Moscow residents and guests. Convenient schedule: on weekdays, the Museum closes at 20:00 and at the weekend – 21:00. Customer reviews indicate the richness of the exposition the collection includes approximately 2,000 works. According to representatives of the progressive youth, great interest in the Museum is a collection of works of Soviet nonconformist artists who worked at the turn of 60-80 years.

The advantages of the Museum, visitors will include ongoing events that allow residents to join the capital's cultural life and the world in General.

the Pipeline "Nabucco" (Nabucco) – pipeline length of 3.3 thousand kilometers. It can be used to deliver fuel from Azerbaijan and Central Asia to EU countries. "Nabucco” – the pipeline, which was s...