The Cargo truck domestic production of "GAZ 53" cannot be overstated: for all its production period it became the most common "srednetonnazhnye" on the territory of the Soviet Union. This truck was produced between 1961 and 1992. For 30 years, from the Gorky conveyor descended more than four million units of such equipment. 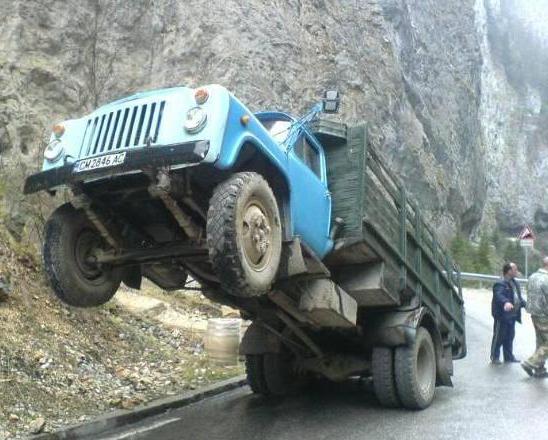 It was used in all branches of agriculture, and actively delivered products to many cities of the USSR. At its base was designed by military and municipal vehicles. And now you can see the "GAZ 53" - dump truck, fuel tanker, milk tanker, cement, grocery, heat the van and many other modifications. They were made all with a 4x2 and was rear wheel drive. Novelty, due to the high clearance (25 cm), had high permeability, and could overcome obstacles.

The Legendary worker, "GAS" was an all-metal cockpit. It fits three people, despite the fact that the seat was one for all. Simply put, the seat was a huge sofa on which you can not only ride, but even to sleep. The overall cabin design was borrowed from the same "ZIL 130" – the projecting wings and a long bonnet. Because of this, the cabin area was very small. The whole decoration of the instrument panel was metal. About comfort at that time no one, unfortunately, is not even thought of. 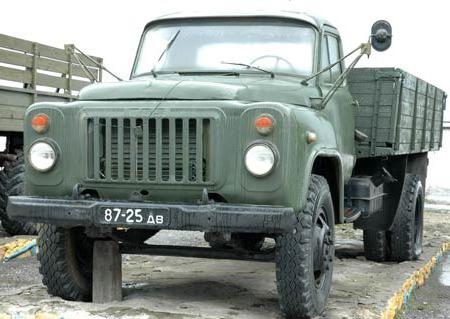 During the whole period of production on the machine three times to change the design of the front fascia. It is worth saying that the technical part of the engineers did not touch, and for 30 years it has not changed. In the first decade of production lights on it were located on top and front-bottom. In the mid 70-ies of the last century, the design was modified slightly – radiator grille and the headlights, located below, together gave the truck the appearance of a smile. With such a design of the "GAS" was produced until 1985. In that year, the plant made a recent significant change in the cabin. So new trucks had a larger fascia with new tail lights.

"GAZ 53" was so popular that it extended chassis was designed passenger bus "KAVZ" model 685. Also the chassis was done the truck. But it was produced in small amounts (while the ZIL-truck produced in large quantities), and today to meet a "Lawn" is almost impossible. 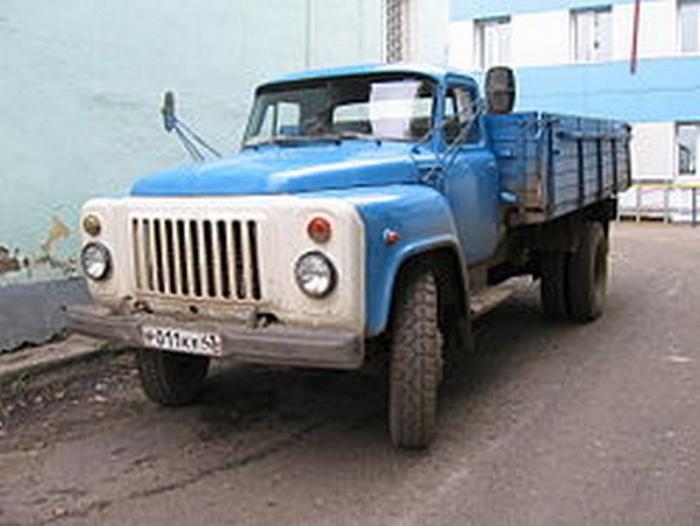 Simplicity was everywhere – ranging from modest interior finishing engine and transmission. Thanks to this repairs, for example, the rear axle, or the adjustment of valve "GAS-53" was not difficult. It needed only a couple of tools and user manual.

Gorky automobile plant also manufactures an export version to the tropical version, which had the name "GAS 53-50/70". She actively delivered to Cuba, Vietnam, Czechoslovakia, Romania, Poland, Hungary, Yugoslavia, Finland and even in China. Since the late 60-ies in the Bulgarian town of Shumen was built factory "Madara" who was involved in the production of the corresponding sets.

This truck is considered a true legend of the Soviet Union.

Body grips, clamps and chains are a set of straightening tooling designed for repair activities. In the process, they provide the necessary traction by which the master corrects the deformation of the target structure, that is, of...

A review of the car Mitsubishi Chariot

“Mitsubishi Shariot” is a Japanese - made minivan for 6 passengers. Serial production model was launched in 1991. The latest edition of the model dates back to 2003. the Machine was designed purely for the domestic mar...

Technology is not standing still. Today's security systems include many useful features. They considerably facilitate the handling of the vehicle. One such feature is the AutoPlay. Today produced many varieties of plants, which in...