Mitra is the ancient Oriental deity

Mithra-deity of contracts, truth, and friendship. Mentions of it appear in the mythology of various peoples of the East: from ancient Iranians and ending with the Romans. Ancient authors wrote about him as God, who is able to bless his followers and to punish the wicked, criminals and liars.

What is known about ancient deity? 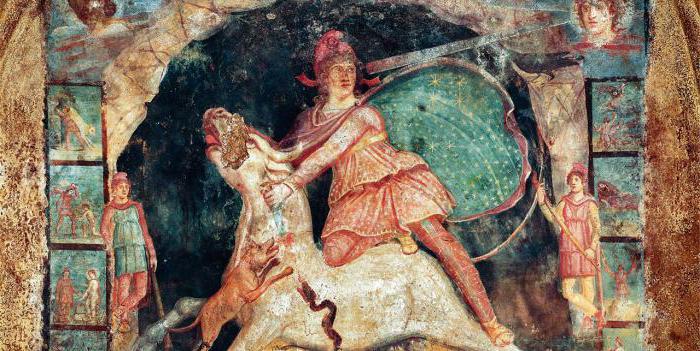 Mitra – Indo-Iranian deity, which the people associated with the concepts of friendship, peace and harmony. In the myths of Mitra was something clear, close in form to the sun. He traveled across the sky in Golden (fire) in a chariot, and every day gave the people grace. The deity had a thousand eyes and ears were distinguished by wit and courage. In addition, according to some legends, this God could call the rains and make the land fertile.

God Mitra was held in high esteem by different ancient peoples. Many worshiped him, sang his songs and mentioned in the Scriptures. For example, the Indo-Aryans Mitra was one of the main Vedic deities. Supporters of Zoroastrianism is one of the good gods, which follows the order established by Ahura Mazda. In Mithraism Mithra – is a single chief God on earth.

References on Mithra as God of the sun 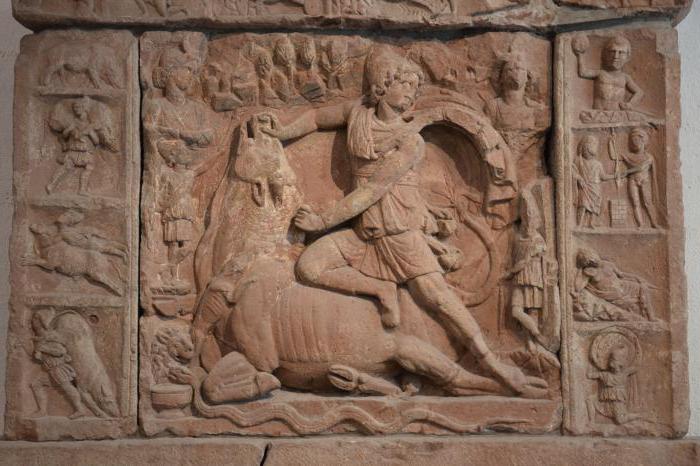 In one of the ancient legends there is mention of the fact that Mitra-the deity who was the very embodiment of the sun. Mithras was closely associated with Ahura Mazda (Avestan deity, the Creator of all things on earth) and Angra Mainyu (the God of darkness, the source of evil in Mazdaism). That ancient peoples believed due to the fact that, in their opinion, God has constantly comes from a light and went into darkness.

During the constant transition from light into darkness, Mithras was accompanied by the gods Rashnu and Sraosha. 'yazaty (Zoroastrians worthy of worship) also believed that Rashnu and Sraosha were brothers of Mithras, and its path in the sky they made a chariot is enveloped in flames. Some said that Mitra and his brothers was not driving the chariot. For this purpose there was a goddess of luck Asha, who also traveled with Mitra and his brothers. 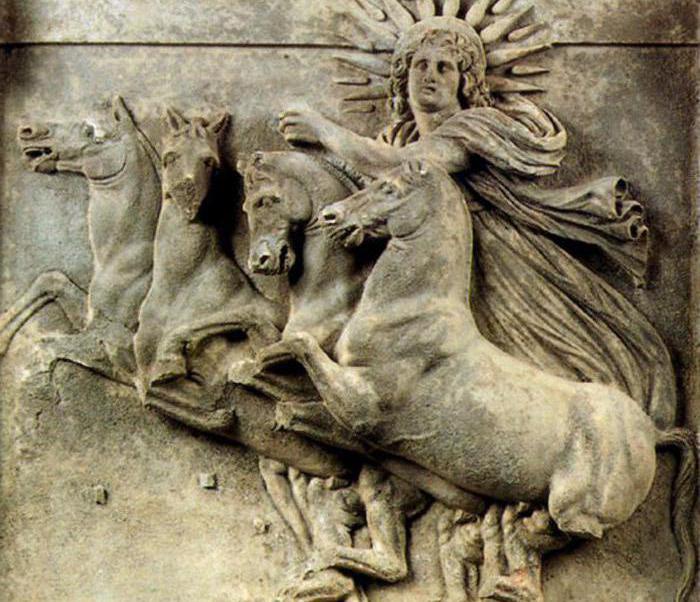 In the collections of sacred texts of Zoroastrians, you can also find mention of the fact that Mitra – this is not only the God of light and sun, but also the Keeper of law and order. Ancient peoples believed that this God hears all, sees through liars and deceive it is not given to any mortal men. For example, in “Mir-ASTA" (hymn to Mithra) says that people, evildoers cannot hide from the divine wrath and chariot. He did not hesitate to destroy enemies that the world has returned to peace. 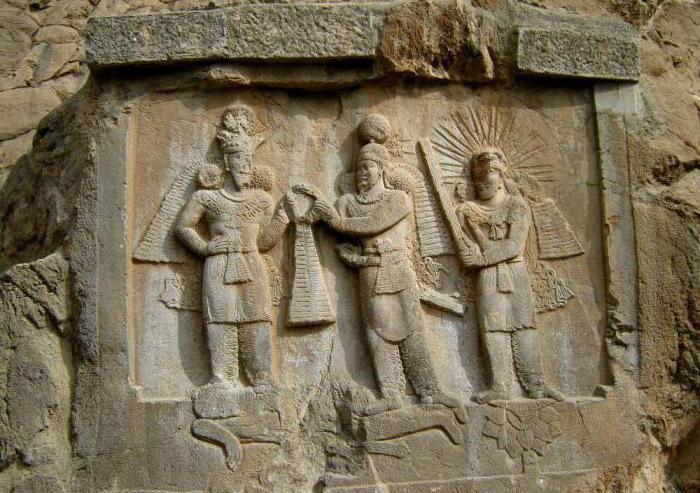 In Addition, Mitra – God of war who had fought on the side of those who honored him. Along with such gods as ARYAMAN (God of friendship), Arshtat (God of honor), Havarti (goddess of valor) and Guarana, he blessed the righteous warriors and severely punished heretics, apostates.

The sacred book of Zoroastrianism, the Avesta, Mitra always stood Verethragna, God of victory, to finally rid the world of unjust and people to set foot on the path of evil. In the previously-mentioned “Mir-aste” says also that Verethragna, turning into a wild boar, running to the battlefield near the miter. 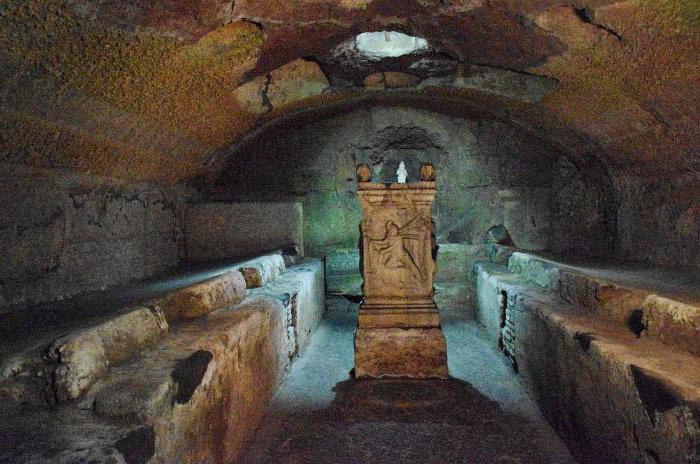 In addition to the ancient deity, there is another meaning of the word Mitra. For example, among the Romans in the I-IV centuries ad were widespread rumors about a mysterious religious cult, which was referred to as the Mysteries of Mithras.

Proponents of the cult were gathered in the underground sacred places dedicated to the God Mithras born from the rock, the sacrifice of a bull, and carried out various rituals. To get into a religious cult could only be elected, which passed a complex initiation procedure.

The most popular Mysteries of Mithras was on the border territories of the Roman Empire, among the desperate soldiers of the army. Information about this has survived to the present day in the form of a set of related monuments and other attractions.

Origin and the end of Mithraism

Many professionals in the field of mythology still can't give a definitive answer to the question of what Mitra and how did the Mysteries of Mithras. Some mythology to suggest that the cult originated in the early first century BC, Other experts have assumptions about the middle of I and beginning of II century BC, basically, such opinions are based on the writings of the Greek historian and philosopher Plutarch States that the sea robbers was operating in the Mediterranean between the second century BC and down to 67-66 BC, worshipped a deity of Indo-Iranian origin. But many archaeologists refute such assumptions as the underground sacred places where worship of the deity Mithras, emerged only in the late I century ad

As well as there is no consensus about the origin of the cult of Mithras, scientists can't say exactly when it ceased to exist. Some experts believe that in the beginning of the fourth century the cult was gone. Others assert that the Mysteries of Mithras ceased to exist with the advent of Christianity.

Worship of God is very common in almost all known religions. Both modern and pagan, which today is almost forgotten. In order to properly conduct worship in each religion developed special rites and rituals. Christian worshipit Sh...

What is the stone that fits Virgo and brings good luck

the position of the planets and zodiacal constellations at the moment of birth determine the impact of a particular stone on the health and destiny of its owner. So things are “happy” and “unfortunate” jewe...

Drop - that says a sleeper? Height in a dream mean?

One of the most terrible dreams, which is perhaps the dream everyone is a dream in which a man falls from a height down. Which means dream height and how it interprets various dreams, we learn from this article.French parentingAcc...

Dreams reveal the veil that separates the conscious from the unconscious. Consciousness is not just a dream, and is experiencing a dream. In other words, for him there is no difference between dream and reality. Using dreams are t...

Agate stone: properties, value, who is the sign of the zodiac

the Properties of agate stone are of great importance for all who believe in the nature of things. It is really precious and semi-precious stones for many become symbols and talismans which they cherish for many years. Directly ag...

What does the elephant? The wisdom and power of

the symbol of the elephant in the East is interpreted as the image of wisdom, strength, prudence. As you know, in India people consider this animal sacred until today. His image is part of the coat of arms of this country. T...