The dead sea: why's it called and what is it famous

Along the border with Jordan between the Judean hills and the Moab plateau, extends perhaps the most popular attraction in Israel – a unique large lake with a frightening name the Dead sea. Why is it so called, and why tourists from all over the world are eager to get to its shores, we will cover later in the article.

Standing on the banks of the pond, it is impossible to take your eyes off it. The water surface is incredibly beautiful! Blue-green water, sometimes with a rich, emerald color of the mountains reflected in it, and the bright sun in the blue sky-all this can not be combined with the gloomy name of the place. 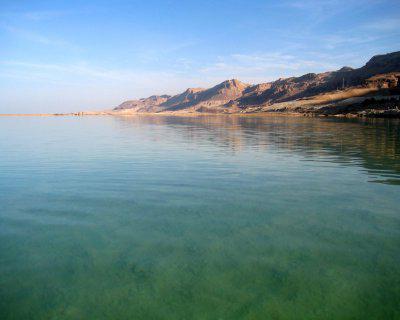 So Why is the Dead sea so called? Upon closer examination you discover that on the banks of the reservoir, and in him is no life. There is no fish and arthropods, no algae. However, in this water there are some types of bacteria and fungi, but our ancestors did not know about this form of life, and therefore called the dead sea.

The Lethality of its waters can be explained by the fact that there is a very high percentage of salt content (300-350 ppm). If, for example, compare this figure with the Black sea, then it reaches only 18 ppm, and in the Red – 41.

The same salt concentration, there are still only two reservoirs of the Earth – at lake Baskunchak, which is located in the Astrakhan region (about 300 ppm), and the Antarctic lake don Juan (402 ppm).

The Size of this lake is considerable: length-67 km, and a width in some places reaches 18 km and obviously that's why it was called the sea.

From the North it is fed by the Jordan river and some intermittent streams, but no river here takes the beginning – it is a kind of trap for the water. As a result of this state of things, as well as intensive evaporation over time in the reservoir was the accumulation of different minerals, and the water was very salty. 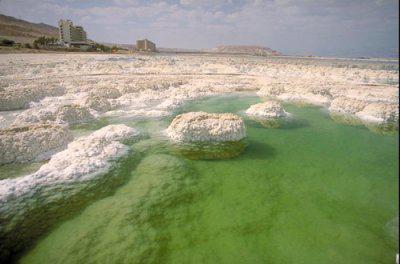 Many tourists want to see the Dead sea. Why is it so called, newcomers understand, coming closer to him and found that along the shore here in the Islands of white salt deposits, the rocks covered with salt, and standing on its South-Western shore of mount Sodom and is entirely composed of it, only the top they covered with a thick gypsum crust.

By the Way, these mountains are still growing, because the underground pressure through the gap rises to the surface of the earth, salt that it makes plastic.

But you understand that it is not, of course, salt. It is composed of the same minerals that dissolved in the waters of the world ocean, but the incredible concentration. Therefore, for most living creatures, the Dead sea is deadly dangerous.

For Example, a fish that accidentally swims from the river Jordan, immediately dies in the brine, and the waves cast it ashore, to the great joy of birds arriving here for the food. 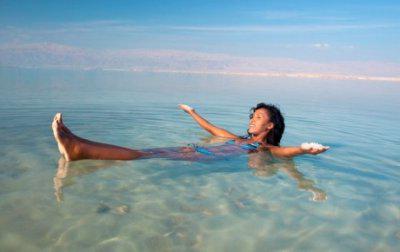 Since Ancient times the legend says that the Dead sea brings death to anyone who tries to go or take a dip in its waters. With the last statement is debatable, and that's why the Dead sea is called dead for those who are sailing in a boat, it is clear – the density of water due to the high concentration of salt here is that it pushes any immersed in her subject, so the boat is likely to tip over.

But the man who is in the water, not sinking. Yes, in the Dead sea you can lie on a quiet water surface and read the magazine, because the dense water does not sink into its thickness. Incidentally, swimming here is possible only on the back or side. Sail on the stomach will not work, water will be hard to turn the swimmer on his back.

Wondering why Dead sea called dead, it is worth remembering that he has other names. For example, it is called Asphaltites. This is due to the fact that from the bottom of the lake were mined for asphalt that periodically, and he rose to the surface of the water. It was used in the construction of ships, for smoline and also for mummification. The last time the asphalt block weighing a ton rose from the bottom of the Dead sea in the 60-ies of the last century. 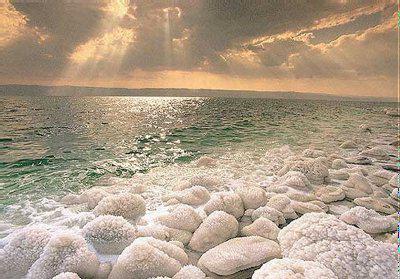 In addition, this body of water called the sea of Lot, or Sodom. According to the Bible, it was formed in place of the infamous city of Sodom, destroyed for the countless sins of its inhabitants in a rain of fire. Only one righteous man named Lot was able to escape in that terrible disaster. By the way, that is so fervently faithful Christians and Jews did not plunge into the water of the Dead sea and do not use cosmetics made from its salts.

About the useful salts

We found out why the Dead sea is called dead, and now tell you about the benefits. It for thousands of years has accumulated many unique minerals. They contain chlorides of calcium, sodium, magnesium, and lots of bromides. This set of salts is lovely property – they are able to cure many skin diseases (especially psoriasis), improve circulation, relieve muscle tension and to deal with the pathologies of joints.

By the way, useful properties of these minerals were discovered in ancient times. Reason bath salts from the Dead sea called the bath of Cleopatra.

The climate of the area, lying much below the level of the world ocean (-416 m), greatly enhances the medicinal effect on the human body. Taken together, this draws on the miraculous shore of the sea-lake, many tourists who want to improve their health. 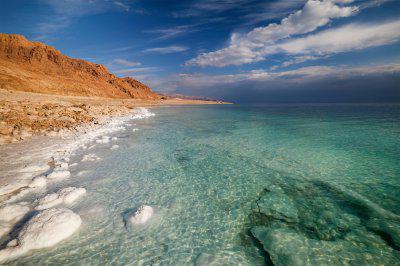 A Few tips to tourists traveling to the Dead sea

Why is it so called, it is amazing healing qualities, but still the dead sea, you can experience yourself, if you do not take all precautions and not take into account local features of rest.

To improve your health and not exacerbate the problem, remember:

By the Way, metal objects before bathing yourself are better off, because the Dead sea water leads to corrosion of the metal. 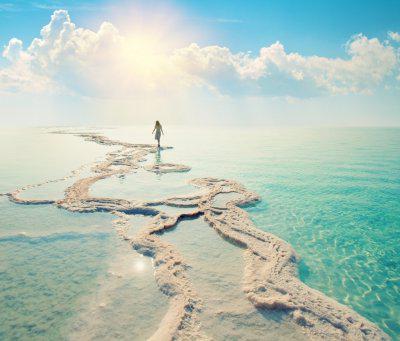 In our day think twice, looking at the Dead sea, why is it so called, is not worth it. This unique piece of nature can be lost in the coming years. Researchers predict him not more than 80 years of existence, and then the sea will die for real.

The fact that each year it becomes smaller than 1 m, as in its vicinity, whether the result of natural anomalies, whether as a result of human activities significantly reduced the level of groundwater that has led to the emergence of underground voids and sinkholes. So, you need to save the unique lake and hurry up to visit him while he is still able to give his healing power!

How to make the period passed quickly. Simple ways

How to make my period have been quicker? This question has puzzled many modern women. Sometimes menstruation begins at a very inopportune period. In order to expedite their arrival, there are several methods, which we in this arti...

a Family of sea turtles, inhabitants of the tropical seas, includes 6 species. Conventionally, these reptiles can be divided into Pacific and Atlantic. But they differ from each other not enough, and the story of their life on Ear...

The capitalist - who is this? What is capitalism?

Who is the capitalist? In the first place is the person who exploits the working class to increase their own wealth and benefit. As a rule, is the one who takes the surplus product and is always striving to get rich.what is a capi...

Blue shark: the description of the species, habitat, origin and characteristics

Blue shark… At the mention of the phrase the heart of many of the divers starts to beat faster. These majestic predators have always been enmeshed in an aura of mystery and terror. About the size and power of their jaws is ...

Actress Natalie Mendoza to a wide audience the little-known, however, genre fans appreciated her work in the horror movie “Descent”, where she played the role of a bright and independent Juno. We invite you to read her...