Icing is not touched moist forest steppes of the Middle Amur, thanks to which virgin forest has been preserved in its original beauty. The Eastern Prairie of Khingansky nature reserve famous for the relict species of tall herbaceous vegetation, numerous lakes and boggy hollows. 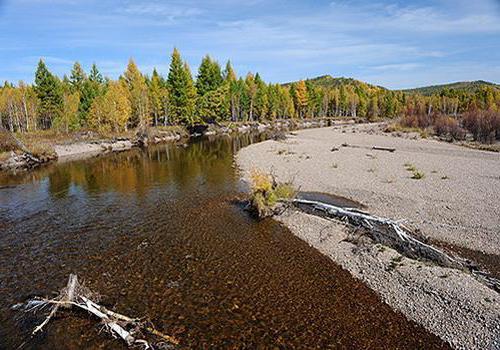 Khingansky state nature reserve includes the territory between the rivers of Uril and Muddy, covering a total area of 97 thousand hectares. The boundaries of the reserve delineated with a branch of the TRANS-Siberian railway in the North and South edge of the almost reaches of the Amur river. The property is located in the village of Argali. Innokent'evka village is nearest to the reserve settlement.

The Territory of forests, lakes and swamps have become a cradle for the nesting of several rare species of birds: white stork, Japanese and white-naped cranes. 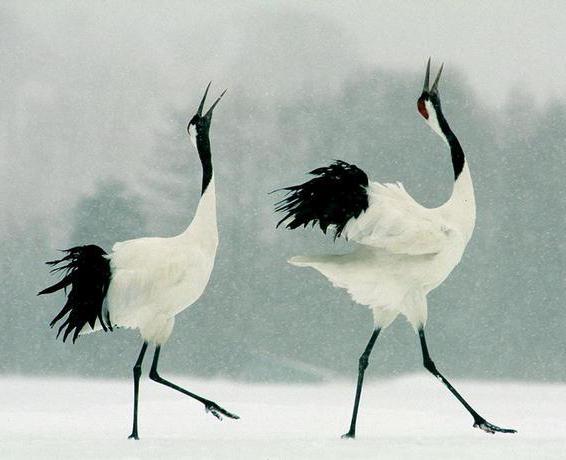 In 1963 was established the natural area, intended for recreation of residents of the industrial city of Obluchye. Initially, the protected areas included an area of 59 thousand hectares. In the late 70-ies of the last century the sanctuary was joined in the antonovskoe forestry between Araroa and Bureya. In the early 80s added a large cluster located between the channels of Uril and Dirty. Khingansky nature reserve in Amur region gained its modern shape.

Currently, the structure of PA consists of:

Summer winds bring in reserve abundant rains. Winters with little snow, but frosty, temperatures can drop below -40OC. the Spring brings long-awaited heat. This dry season gives way to a long and hot summer with many days of rain. 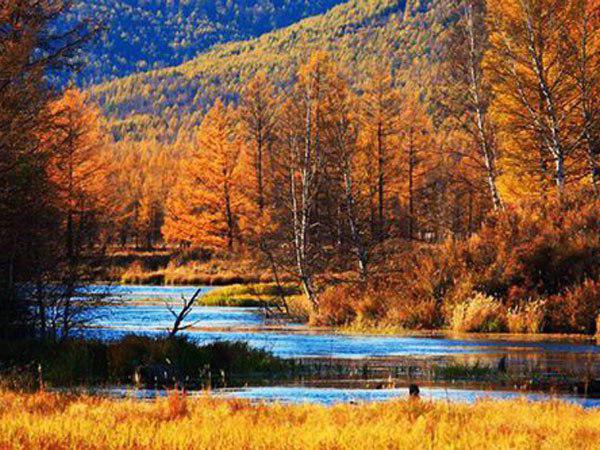 A Riot of tall grass in the lowlands amazing variety of flora as the forest low mountain slopes. Especially beautiful are those places in June-July, when the globe-flower, irises and krestniy flare is bright foci against the background velikovich and sedge thickets, interspersed with birch groves and oak forests.

The Abundance of moisture contributed to the formation of sphagnum bogs and lakes. Here you can find unique types of plants: the Komarov Lotus, water lilies rectangular, potbelly.

In all areas dominated by Mongolian oaks, there are coniferous and broad-leaved trees. In smaller quantities grows, the Korean pine, Khingan fir, Siberian and Ayan spruce, Amur Linden, yellow birch. In the floodplains there are alder. The wet coast is covered with thickets of wild cherry and willow.

Alone insects in the reserve, there are more than 1750 species. On protected lands lives the largest in the Amur region the group of wild boars. The reserve is inhabited by ROE deer, red deer, Sables, squirrels, Himalayan and brown bears, lynx, wolves, far Eastern wild cats, raccoon dogs, muskrats, otters.

One of the most famous animals of Khingansky nature reserve – the tigress Ilona. Along with four brothers and sisters she was taken to the reserve is also a tiger. And at will it was released the President of Russia. 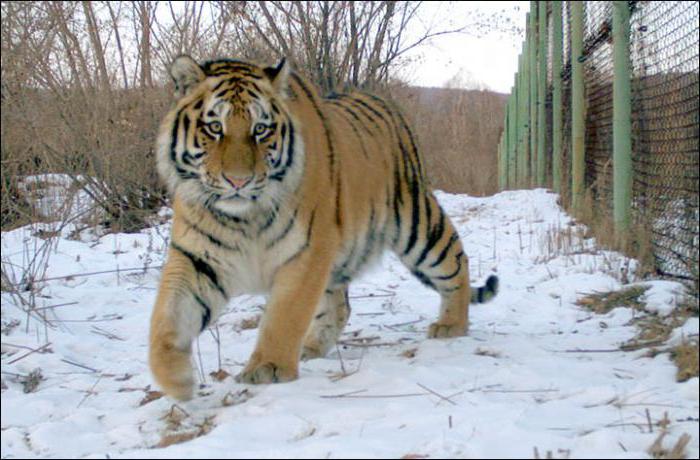 Currently, young tiger is walking freely on the territory, but people unobtrusively watching her life. It is known that a huge cat-a great hunter. The backbone of her diet-the meat of wild boars. She hasn't found a husband, because the reserve is not so much her brethren, but to create a family of Ilona is ready.

Recently a tigress for some reason messed up one of tracking cameras, the flash drive with the recording disappeared. Why a wild animal decided to prevent the surveillance, is unknown. The camera was replaced and now again it helps to gather information about tigers in natural habitat.

Khinganskiy nature reserve is famous not only for beautiful nature. It is the highest point of the territory – the mountain of Arctica, which is a tunnel tarmanchukanskiy. 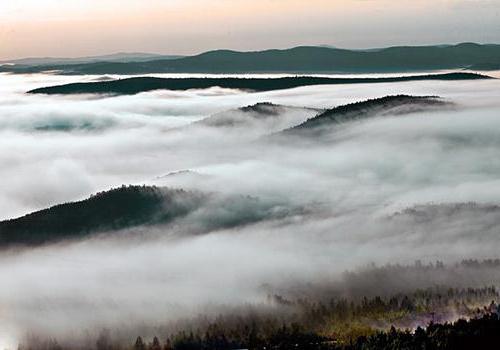 33 km from the nature reserve in the construction of Federal highways was discovered the fossilized bones of ancient reptiles – the duckbilled dinosaurs. Nearby were found the skeletons of ankylosaurs, by the way, was the first in Russia. The cemetery of dinosaurs was formed about 67 million years ago. Scientists assume that the cause of the mass death of the ancient giants began the descent from the mountains of debris flow.

The Journey to Arhara will consider on one of the rocks petroglyphs that date back to 500 BC. An ancient artist depicted the scene of the hunt. Natural attractions rank as Innokentyevskiy and Arkadievskiy pine forests, Esaulovskoy mineral springs and hot springs.

For the season khinganskiy nature reserve is visited by thousands of tourists. Wildlife lovers eager to observe life and to enjoy nature. The most popular route – “the Lake, white birds”. Its length is about half a kilometer, the program is designed for an hour.

How to get there and where to stay

The easiest and fastest way to get from the capital to the Khingan nature reserve involves flights to Blagoveshchensk. From there to the village of Argali can be reached by bus.

You can Stay at the lake Long. There is a small hostel, designed for 40 people. It only works in the warm season (cabins are not heated). From the highway Chita-Khabarovsk is a hotel “East”, is also a favorite with tourists.

Andrei Mironov – the legendary Soviet actor. Most of the films in which he starred, was included in the Golden collection of national cinema. “an Amazing person, sincere, charismatic, incredibly talented… a True...

Signs of spring in inanimate and animate nature

When the term of the long winter is nearing an end, we begin to look forward to the arrival of spring. Can't wait to remove heavy outer clothing, to substitute the warm rays of the sun face, inhale the scent of blooming buds! Beca...

Nico Rosberg's career and achievements of the racing driver

Nico Rosberg – former racing driver, "Formula 1". Born a German in Germany in 1985. The youthful years he spent in Monaco with his family. In the Principality, the world champion in 2016 and now resides.early careerIn 1996, ...

Is there a Russian monument to Steve jobs?

Steve jobs – man-the era. His ideas and products changed the world of computer technology. Its presentation and sales rocked the marketing world. And how it perceives Russia? If Russian people to see the monument to Steve jo...

Amphibious machine is the servant of military and civilian

Everyone knows that the automotive industry has arisen already for a long time. During all this time, the engineers sought to create a perfect car which could satisfy the maximum number of people. And therefore it is not surprisin...

Attractions and entertainment in Sudak: reviews

Today Sudak (Crimea), attractions and entertainment which will be the subject of conversation, is becoming increasingly popular with tourists. There is always something to do, tourists can only arise two problems: not enough time ...