How to install Android on PC and is it worth trying?

Install applications Android on the computer may be performed by several methods, varying difficulty settings, and performance. In most cases, to perform such operation is not required, because there are many analogues of programs for windows with a wider functionality. But the interest often is not on the side of common sense. 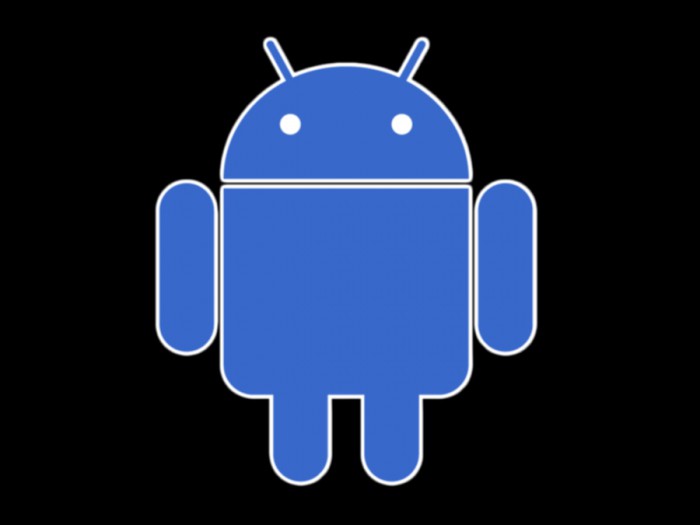 Basically programs that allow you to run applications written for Android are used by developers to test and debug the finished product. If to speak frankly, to install Android on a classical computer is impossible, but you can use the emulator with all functions of the operating system.

The First option that answers the question about how to install Android on PC-BlueStacks. Not to say that it is a complete emulator. Program created specifically for running games written for the Android system on your PC. But it is considered one of the most popular among ordinary users, because it is well optimized and ahead of the competition in terms of performance. 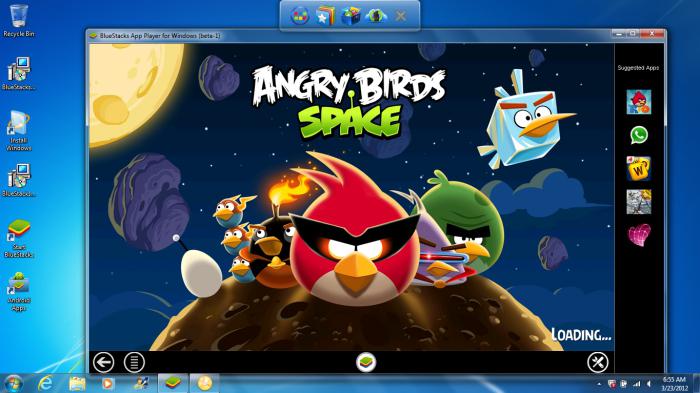 Developed by BlueStacks for Windows and Mac, you can download it for free from official website manufacturer. After the installation is complete, open the program window, it will display a list of games that can be installed. But you can use a built-in client for Google Play to download apps not from the list. To install any app will have to create a Google account or use an existing one.

Also, if you use a smartphone or tablet with Android operating system on Board, you can download to a mobile device software application BlueStacks Cloud Connect. It is used to synchronize installed apps between your smartphone and PC.

“How to install Android on your computer if BleuStacks not launch the application?” you ask. Answer. Try Genymotion. It will not cause any problems during the installation, the whole procedure is utterly simple. But I must say that it is a powerful tool that can emulate quite a large number of real devices. In addition to selecting the device, can be selected and the version of the OS, which will run the virtual machine. The most important advantage of this program over other support hardware graphics acceleration.

The official website of the developers posted as free version for download and commercial. For use on a home PC will be enough for those functions that offers free distribution.

Download the distribution is available only after registration. While it is best to choose the version which includes VirtualBox, and during the installation it automatically configures. Be careful: VirtualBox does not need to run separately.

Enable and configure the software 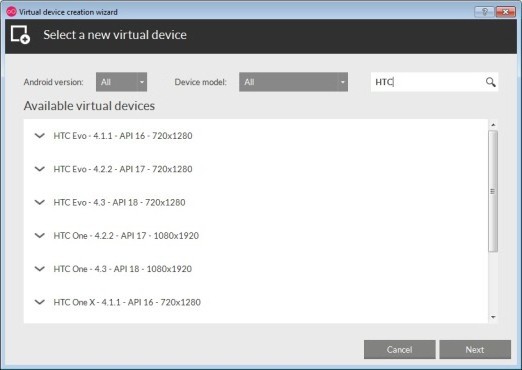 So how to install Android on computer in this way is very easy, additional descriptions, this procedure does not require. The challenge will not begin at the stage of installation and after you run. Immediately after loading on the screen appears telling you that the system does not create any virtual device. Confirm that you want to create new, and then click on the Connect button. Now you will need to enter the registration data that was previously specified when creating your account on the website.

Select whether the virtual device will be emulated in the program. Wait until all the necessary components will be downloaded. After that the virtual machine can be started. Just click on the Play button. 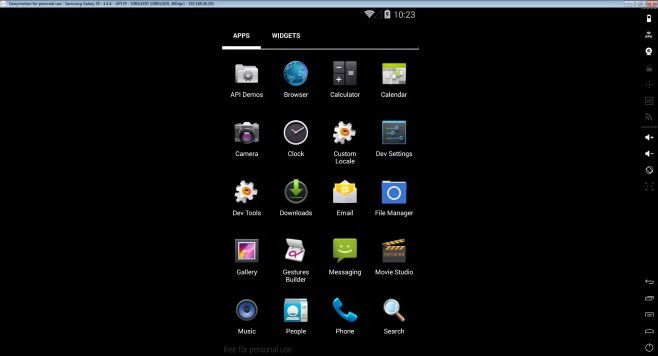 By following these simple steps can already be installed on the computer application Android. The virtual machine has a flexible configuration and features, but most likely, the work did not need. Large part of the functionality is only required for developers.

Note: run the emulator as administrator, otherwise in the process can cause problems.

How to make computer Android program without emulators?

Windroy-developing programmers from China. As is clear from the description (written on the official site), this program is radically different from the Android emulator devices. The latest launch OS based on the software features of the computer. In Windroy same attempt of porting Java machine Dalvik for Windows. Theoretically, this solution will be able to use all available computer hardware.

This approach allows you to obtain maximum performance. So how to install Android on computer and in other ways, to use Windroy is not recommended. Development is still under testing and can not boast of stability and 100% able to run even the most lightweight application written for the Android OS.

The Most simple installation, but no guarantees

If you still wonder what hides behind the program, it can be downloaded for free from the developer's site. During installation and startup, no additional actions from user are required. A little tip: install the app in root of the system partition, otherwise it won't work. Now try to run any. apk file, pre-placing it in the directory "C:Windroywindroy_rootdataapp". If nothing happens, expect a new version with bug fixes. If the start application is successful, consider yourself lucky, and instead of emulator the computer is equipped with more powerful software.

All parts of Resident Evil in order. Description of the main game series

At the time, all parts of Resident Evil in order came on the most common platform so that each user can enjoy the complete story. Every individual project developers from the Studio Capcom had its own style and memorable innovativ...

How to check broken sector on your hard drive? Broken sector: hard disk

One of the biggest annoyances for computer owners is damage sectors on the hard drive. These sectors are called beaten, and hard drive where there is damage, starts “roll”. These problems often cause quite unpleasant c...

No sound in Skype – scary or not?

Quite often there is an unpleasant situation that no sound in Skype. This problem can be caused by how the hardware of a PC and software. Most of the users in the event of such a situation panic and carry your computer to a servic...

Various programs or updates that have been used so far in Ubuntu solely installed from repositories. However, many users don't even know what it is and what is its main purpose.What is it?a Repository – a special place from ...

The browsing history. How to watch and clean up

All men by nature are very curious. Therefore, it is always very interesting to know what others are doing for a personal computer. View browsing history in several ways. It all depends on what exactly you need. You can see the hi...

World of Tanks: is-4 or is-7 - which is better? Specifications and description

In-game “World of tanks” there are a large number of different models of military equipment belonging to different branches of development – German, Soviet, French and so on. If you pumped the Soviet branch, name...