Perhaps, no more in the world any other state where lines of communication between cities and regions would have the same paramount importance as in Russia. Only a way to combine a Grand geographical space into a single country. And traces numbers on the map are familiar and understandable not only to long-distance drivers.

From Western Siberia to the Eastern

The Federal highway M53, for the sake of brevity referred to as "Siberia", passes through Novosibirsk, Tomsk, Kemerovo region and Krasnoyarsk Krai. It ends in the Irkutsk region. In some sources this way indicate the code word "Baikal" that is fundamentally not true - the world's largest freshwater lake is to the East of Irkutsk where it ends. Correct this designation can only be considered for the entire historical path from the Urals to lake Baikal. And the M53 highway is the only part of this route. And it has quite a formal designation - "Siberia". The city, through which passes the M53 highway, belong to the major historical, industrial and cultural centers of Siberia. The total length of this road is 1860 kilometers. When moving from West to East the M53 highway is a direct continuation of the Federal highway M51 "Irtysh", coming from the southern Urals to Novosibirsk via Omsk and Kurgan. And to the East of Irkutsk movement in the direction of the Pacific ocean has been going on the Federal highway M55, going in the direction of Ulan-Ude and on to Chita. 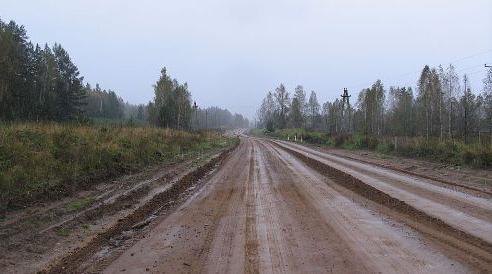 Modern motorway M53 on the map is the distance on a historical route from Central Russia to the Pacific ocean. This is the oldest TRANS-Siberian land tract appeared in the middle of the eighteenth century. Of course, in those days there was no bridge crossing the great Siberian river, and various sections of the road, called in the historical sources, "Moscow tract", was not stable. In many places they were duplicated and represented more of a direction than a full-fledged road. But bridges and roads were built gradually, as you move the Russian Empire to the East. And one of the bridges is familiar even to those who have never been in Siberia. M53-road passes in Krasnoyarsk bridge over the Yenisei river. So it is depicted on the banknote ten rubles. 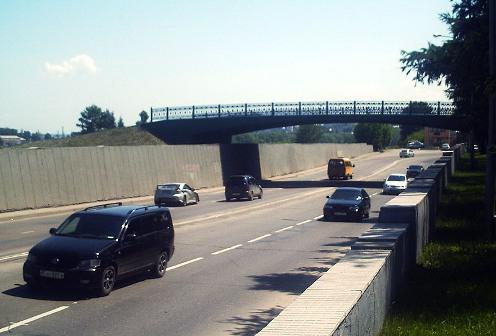 Numbers of traces on the map of Russia

At the present time on the territory of the Russian Federation act designation of roads adopted by the RF Government Decree of 17 November 2010. This document defines new symbols for some roads of Federal importance. In particular, they are indicated by the prefix "M", as coming from Moscow. However, temporarily remains in force the old system of codification. It shall be terminated on 1 January 2018. The new codification system tracks available to their division into categories - main and secondary. But the trend of increasing sequence numbers of tracks according to their distance from the capital. 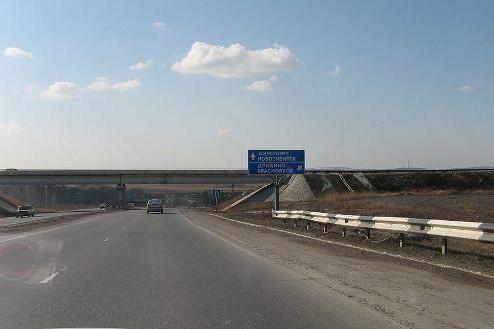 Currently, the construction of the Federal highway "Siberia" in any case can not be called complete. Despite the fact that across the road the clock carried freight and passenger transportation in many sections the road surface is poor, and often absent altogether. Work on repair and construction of the highway did not stop almost never. Requires improvement and infrastructure of roadside service. The builders of the track had to overcome considerable difficulties. This is due primarily to difficult terrain. To a considerable extent they require pre-building before they can be used to build the embankment under the future road. Many of the settlements, the route crosses right through the main street. Historically. It did not create any particular problems until the beginning of the twentieth century, while the main mode of transport was horse-drawn. But currently have to invest heavily in the construction of bypass sections around the settlements. 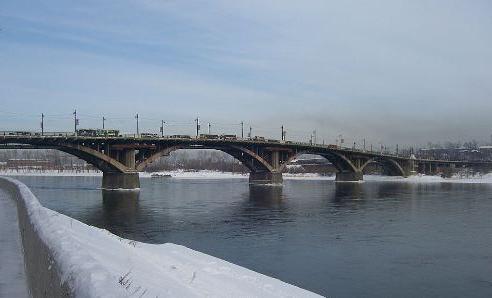 At an early stage of the Federal highway M53 passes mostly across the plains. From Novosibirsk the road goes in a northerly direction, Tomsk. But in this city it does not go, turning right on Kemerovo. To Tomsk need to turn left, a branch road marked on the map with the same designation M53 that the whole trail. The condition of the roadway throughout the highway to Kemerovo is quite satisfactory. Roadway width is seven metres. The road surface is asphalt concrete. Of significant water barriers - only the Tom river, the bridge over it is located near Kemerovo. According to statistics, on this track the number of accidents is minimal. 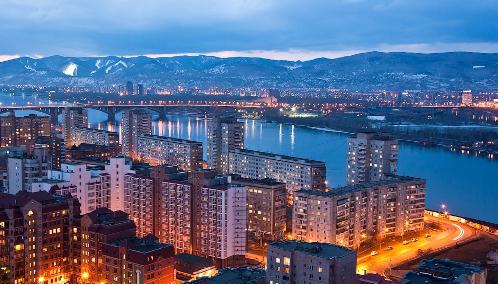 This is the most difficult section of the track. A solid road surface there is far not on all sites. Particularly difficult stretch of road Kemerovo - Mariinsk, passing through the elevated location. The road here crosses a large taiga massif, and its outlines become serpentine in nature. After Mariinsk the track flattens out and the road gets quieter. For the former traffic police post "Bogotol" is a convenient place to stop and rest. Available structures roadside service in the cafes and motels. After Achinsk traffic on the highway becomes busier, it affects the approach of the big city - Krasnoyarsk. The city highway M53 passes along its margin, along the Northern bypass. And then there is the final section of the route to Irkutsk. On this segment there are difficult parts of the road unpaved. Most of them are located in the area of Taishet. It is especially difficult when there is atmospheric precipitation.

Things to remember on the track "Siberia"

Traffic on the Siberian roads has its own specifics. It is determined by geography and climate. Map M53-track is able to show how much distance we have to overcome on the way from one settlement to another. Any equipment failure in the way you might be left alone with the problems. Therefore, Siberian routes are best to travel, as was customary in ancient times, the caravans. This is especially true in the winter time. The climate of Siberia is continental, with large annual temperature range. This means that summers can get quite hot and winters very cold. Very often occur and snow drifts that make it very difficult driving on the road. 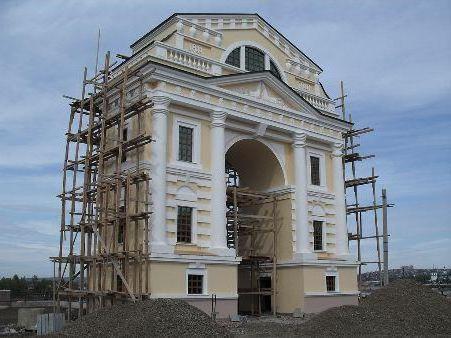 Interesting historical monument directly related to Federal highway M53, is a triumphal arch in Irkutsk. It was erected in 1813 on the banks of the Angara. This place was started Moscow highway, a long way from Eastern Siberia to the Central regions of Russia. And arch, erected in honor of Emperor Alexander the First, who opened it. A significant architectural monument, made in the style of classicism, was not demolished during the Soviet era, and even before the outbreak of the First world war. The city government at the moment has not found the funds to repair it. But it is restored in its original form in our time, on the same Foundation, exactly 200 years after the completion of the original.

in several cities of Russia appeared amazing museums, a visit to which is interesting to both adults and children. Into their number entered and Chelyabinsk. "Eksperimentus" according to visitors — it's the most am...

Tourists who are going on holiday to Thailand, you should pay attention to the hotel 3* Cosy Beach Hotel. In this complex are able to create a comfortable environment for living. Many vacationers who visited the hotel earlier and ...

Myanmar on the map travel of Russian tourists still a white spot. And for good reason. In terms of the richness of cultural attractions and natural beauty of this country is not inferior to its neighbor Thailand. As for the level ...