The City of Lytkarino situated 6 km South-East of the capital. It is a beautiful area on the banks of the Moscow river with its old churches and mansions. The small town attracts many tourists, it is often possible to meet tour buses. People come here to enjoy nature and see the sights Lytkarino.

How to get to Lytkarino?

To Reach Lytkarino from the capital is easy. Need to get to the metro station "Kotelniki" Tagansko-Krasnopresnenskaya line, then take bus 348 to the city. Can also be reached by train from the Kazan station to the platform Lyubertsy, and then take a local taxi 393к. The path of the center of Moscow in Lytkarino will take 1-1. 5 hours.

What you should visit in the city?

The main attractions Lytkarino include:

Well worth a visit.

The Museum is housed in an old noble mansion belonging to the genus Sotovyh-Chernyshev. It was founded in the XVIII century. Was built a wooden manor house, planted an orchard, a formal garden with a cascade of ponds. In 1880, the main building of the estate was rebuilt in the Italian style. It had two wings, and the Windows overlook the Moscow river. Before the terrace houses were set a sundial made of Sandstone. 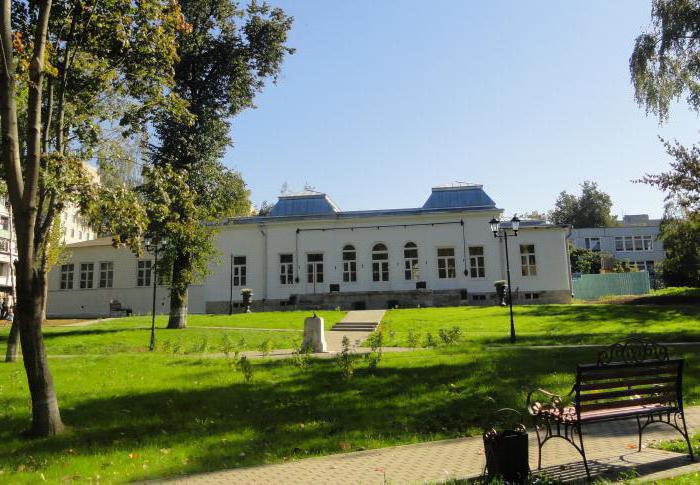 After the revolution of 1917 the estate was nationalized. The main house was arranged in the Museum of country life, and then an orphanage for homeless children. For many years the former manor house of the estate was used for household needs, and since 1977 it operates a historical Museum. Now this is one of the main attractions of the city Lytkarino. The Museum collection includes antique household items belonging to the owners Zotov-Chernyshev, photographs, paintings, archival documents.

Beside the main building you can see a two-storey house. This is the first stone building of the city Lytkarino. In the beginning of XIX century there was located the human (worker's house), then Chernysheva opened in the house a school for peasant children. Currently the building is the exhibition hall of the Museum.

Lytkarino Attractions is the manor Park around the Museum. He looks well-groomed and beautiful: paved paths, arranged the lighting, there are benches and urns. There are tours, festive performances, game programs for children, concerts. The Park is a monument to one of the owners of the estate to Alexander Ivanovich Chernyshev - the hero of the Patriotic war of 1812. Restored the unique solar clock on the original pedestal.

There is always a lot of visitors interested in history and attractions Lytkarino. Now in the main building of the manor undergoing restoration. The Museum is located at the address: 7-block, 6.

Unlike the manor Chernushevich? this attraction Lytkarino was in ruins for many decades. In 2006-2008 there was conducted restoration work, and now the house has a very well-groomed appearance.

The Estate of Petrovskoe in different times belonged to different noble families: Miloslavskiy, Naryshkin, Demidov, Chernyshev. Her last owners were Baryatinsky, with them at the end of the XIX century were built the main house. It was a building with a colonnade round the building on the roof (the Belvedere). The interior of the house was decorated with painted plafonds, stucco and shaped ovens. Around the main building was a Park, which in the XIX century considered a masterpiece of garden art.

In 1930 the house was set on fire. The second floor was completely destroyed, were lost to the luxurious interior halls and Belvedere. In 1959 there were carried out restoration work, but the add-in was done in a very different style that was alien to the appearance of the manor house. The building was occupied by various companies. And only the last restoration work returned the building to its original appearance. Tourists from Moscow and other cities began to come here to read this half-forgotten places Lytkarino. Photos of the estate can be seen below. 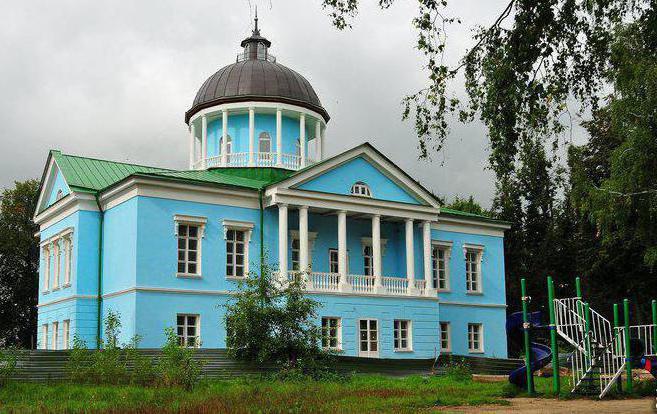 On the territory of Petrovsky are two old churches. The Church of the Holy apostles Peter and Paul was built in 1805. This beautiful building coral color with white decor. In the late XIX - early XX century there was the burial vault of the princes Chernyshev. In the 1930-ies the Church was closed for many years, and only in the late 1980-ies the building was returned to the community of believers. Currently it is a functioning Church where services have been held. 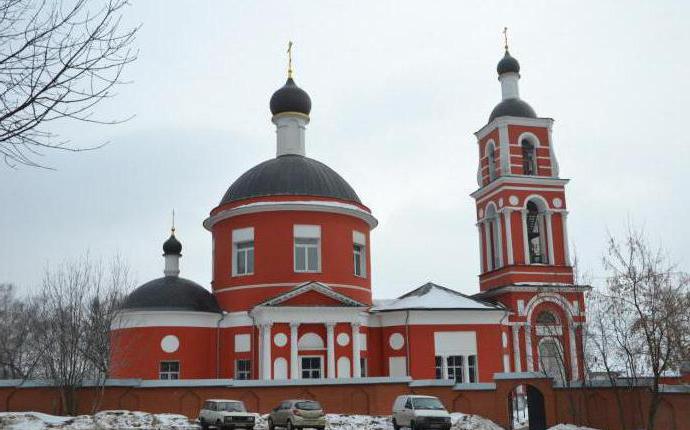 The Church of St. Nicholas is one of the oldest attractions Lytkarino, Moscow region. This temple was built in the XVII century and designed in the ancient Russian architectural traditions, it resembles a white tent with a dome.

The Estate Petrovskoye is located at the address: 6th district of the city, building 1. 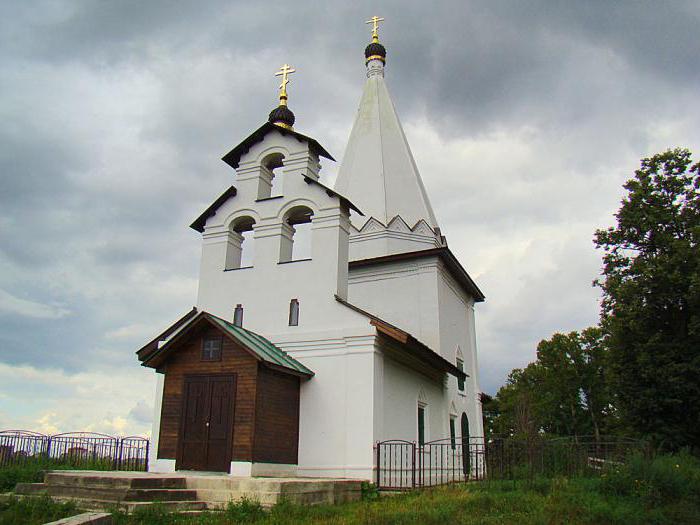 Church of the Nativity of the blessed virgin Mary

This is the old believer Church, built in 1905-1907. Its architecture combines wood and stone elements. The Church was never closed, even in Soviet times, there services were held. The interior decoration and the iconostasis of the Church has remained unchanged since the beginning of the XX century.

Nearby is the old believer cemetery. Carved headstones on the graves are made of Sandstone Lytkarino and myachkovsky white stone.

The Temple is located at the address: Lytkarino, industrial area Turaevo, building 2B. 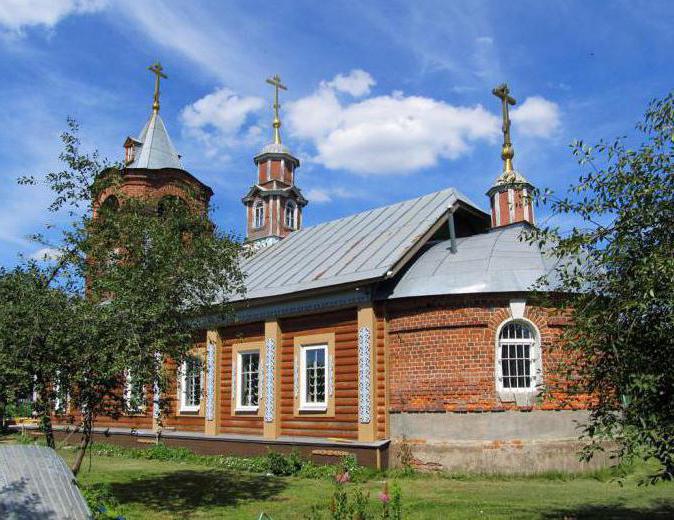 This landmark Lytkarino in the summer attracts beach lovers and mountain Biking.

In quarries lytkarinsky has long been mined sand for foundry works, river sluice reconstruction construction and glass production. In the early 1970-ies, the field ended. Quarry was quickly filled with pure spring water, on its banks have been planted with trees. Now Volkusha is a beautiful lake with a landscaped sandy beaches. This is a great vacation spot near the water. In summer you can go mountain Biking on the steep banks of the quarry, and in winter - skiing. 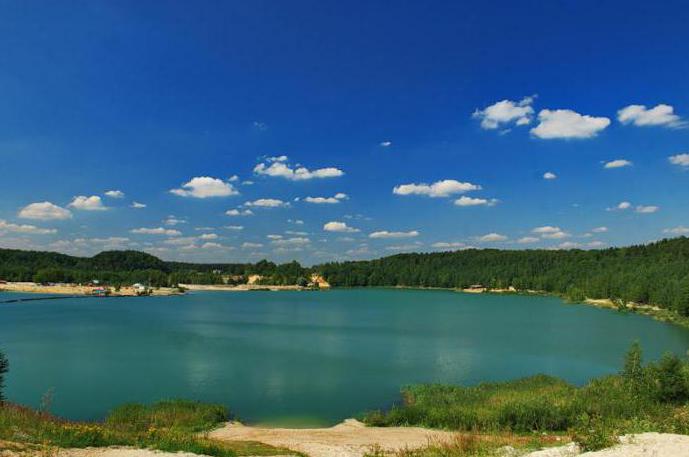 The Horse Park was created in 2011-2013. It is 3 km from the city of Lytkarino. In the eighteenth century, there were stables of the manor of count Orlov, and in Soviet times - tribal stud. The Park organizes training for equestrian sports and horseback riding lessons.

This is a popular place for walks with children. In the equestrian Park, pony riding and donkey-riding, an amusement Park and a mini zoo. You can also rent the boat out on the pond and fishing in a specially organized fishing village. In the Park stands a small chapel with the monument to Peter and Fevronia.

"Massandra" - a tasting room in the famous cellars

As is known, the Russian viticulture and winemaking, was born in the Crimea. It happened in the late 19th century thanks to the efforts of the famous Russian patron of the lion of Golitsyn. In 1894 the Massandra was founded the fi...