Adriano Galliani is an Italian businessman who is one of the most important figures of modern Italian football. He this year will be 73 years old, but he still does not intend to retire. Adriano Galliani more than thirty years was Vice-President and sporting Director of Milan.

Adriano Galliani was born on 30 July 1944 in the Italian city called Monza. There he received higher education and began work at the local municipality. He quickly began to demonstrate their leadership talents and eight years after starting work in the municipality Galliani ran for mayor of the city. Failure is not prevented Adriano to develop, after some time he bought a small company, specialization of which was the manufacture of telecommunications equipment. Galliani made this company a real market leader - it was the equipment supplier for the leading TV channels of the country. Gradually, the businessman became the fourth most influential person in telecommunications in Italy - it was then that he began his work with Silvio Berlusconi, which then resulted in many years of management in Milan. And even now, when Berlusconi left the club, Adriano Galliani continues to work there. 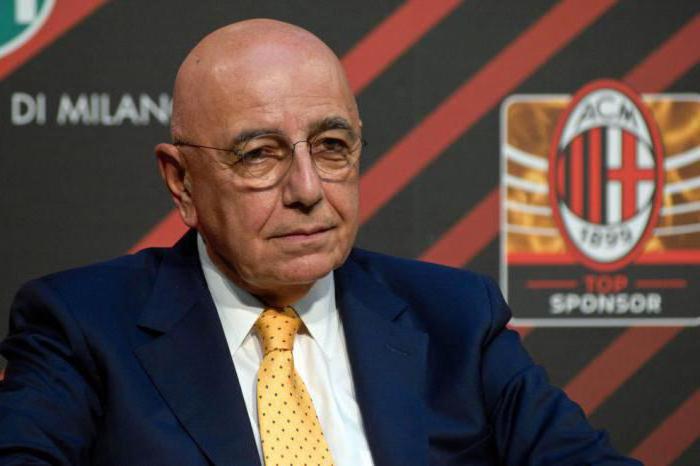 About Berlusconi heard absolutely everyone - after all, he was Prime Minister of Italy. In 1979, Berlusconi met with Adriano Galliani, pictures of which appeared in many business publications. In those days, the future Prime Minister was the owner of a local TV station, and together with Galliani, they were able to establish one of the biggest Italian TV channel Canale 5. 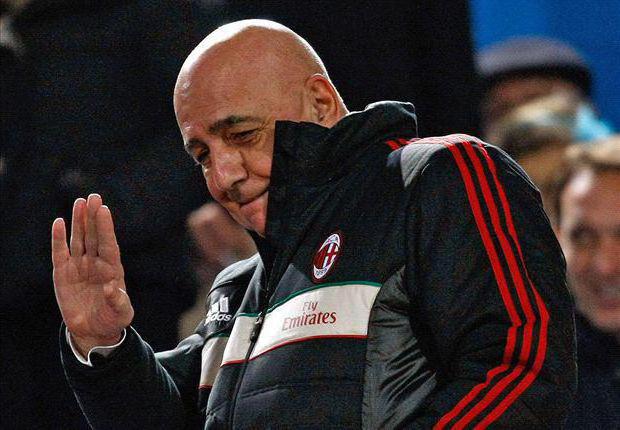 Seven years Later, after Galliani began working together with Berlusconi, the latter bought the football club AC Milan, with Adriano Vice-President. Italian club under the leadership of these two businessmen became prosperous and reached at the highest level in its history, winning many trophies including the international. However, in 2002 there was the first major scandal involving Galliani. The fact that he participated in the elections to the post of President of the national professional League and won, but it never left the post of Vice-President of "Milan". Naturally, this angered many people in the field of sports, as there was a conflict of interest. The result Galliani stayed in this position for only four years, and in 2006 left her in Italy then began a series of scandals from match-fixing. However, he did not take upon himself the guilt - on the contrary, he denied all charges and claimed to be completely innocent. Anyway, after the disqualification, he was not entitled to conduct any sports Affairs. This all has not ended - in a year against Galliani reopen the case: it was suspected that he evaded paying taxes on the income of their club. Doubt has caused the price of players that Milan were exchanged with inter from 1999 to 2003, as they looked too inflated for those times. However, in this case, the case was examined during one year, after which Galliani was acquitted of all charges. Adriano remains one of the most important members of the government of Milan to this day, however, he ceased to be Vice-President of the club when Berlusconi sell AC Milan to Chinese investors. Galliani left the post of sports Director, but it is not clear what will happen when the sale process of the club be completed completely. Perhaps he will retain his position at the club, but it is likely that Chinese investors will want to conduct a complete restructuring, and many decades of work here will not have values. 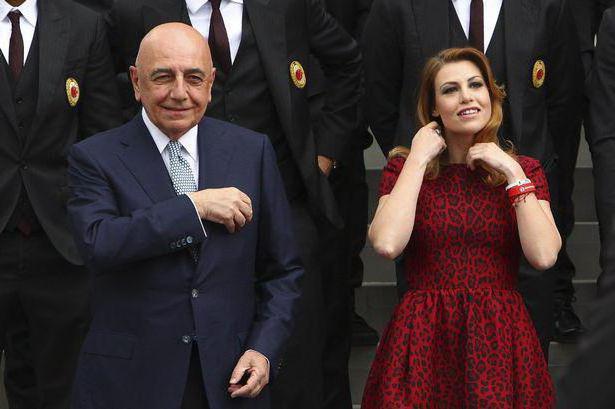 As for his personal life Galliani, here he showed himself no less active. For a long time, he was married to Daniele Rosati, Italian model, but in 1999, divorced her. Over the years of marriage Adriano Galliani wife got three children. In 2004, five years after breaking up with Daniele, Galliani re-married, this time his wife became Malik El-Hassani, with whom he remains to the present day, that is their marriage for over a decade.

Swimming is a competitive sport. Annually hosts a number of events around the world. But swimming helps to restore health, develop physical fitness and coordination. it is Also the most netravmirovannymi view loads, unloads the s...

What to catch carp to catch big fish

the name of the fish "carp" comes from the Greek word "fruit". Most likely, this is due to the high fecundity of this species. Record carp, according to witnesses, was held in Voronezh in 1980, when the experienced fisherman caugh...

Such items as entrenching shovels are popular tools and machetes used by the soldiers. Originating a long time ago, they have proved their universality. There is therefore nothing strange in the fact that their use has not stopped...

Nikolai drozdetsky is a legend of Russian hockey. This forward in my career I have won many club and international tournaments. Nicholas has come a long way from a boy from a working class family to the main star of the hockey tea... 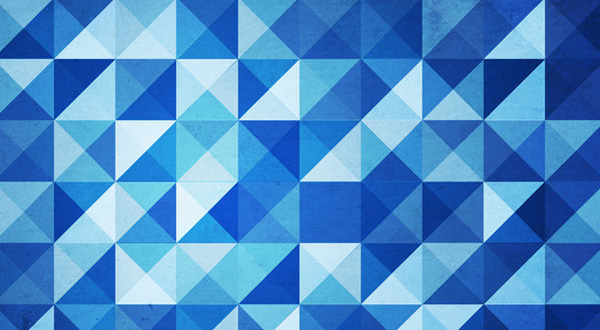 Today, people work too much, often appearing chronic fatigue. The majority of workers are saved from this state by using massager. The most important thing – to be able to pick it up. First you need to decide which type...

Fishing secrets: how to catch burbot?

Perhaps, burbot fishing is the most mysterious of fish. Heard about it all, but caught him a few. The question of what to catch burbot, is also relevant. About the way of life of this species, little is known. About it tell many t...