In the history of Soviet sport was the huge amount of Champions. But even in their cohort, there are those persons who as on the Olympus, still stood apart from the rest of the leaders, standing out for their individuality. And one of these, as it is commonly expressed, charismatic athletes were Valery Popenchenko.

The Birth and the first years of life

Valery Popenchenko was born August 26, 1937, in Kuntsevo, Moscow. His mother – Rufina V. – was forced to raise a kid alone, because his father died at the front in 1941. Because she wanted to raise a boy to a real man, then put him in the Suvorov military school in Tashkent. 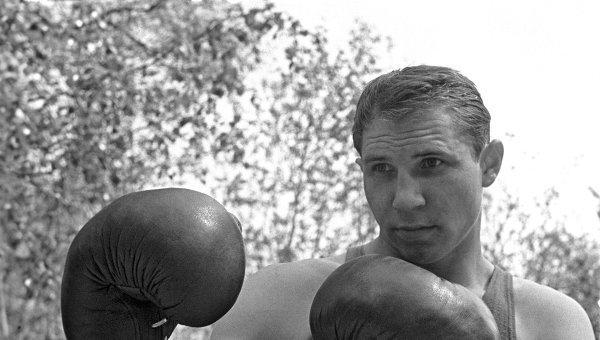 At the age of 13 years Valery Popenchenko begins to engage in Boxing. His first coach was the captain of the Armed Forces Yury Matulevich. Training runs 4 times a week. At first Popenchenko did not show any results and does not particularly stand out, but after a few months it was among the best, winning the city contest their first awards. And in 1955, won the thirtieth win in thirty fights, a young student becomes the champion of the USSR among young men. The tournament was held in Grozny. All preliminary fights Popenchenko won easily. And in the final meeting with the reigning Champions – by Kovrigina. In the first round, no specific action has occurred. Boxers just looked at each other. But in the second there was a real drama: Valery was twice knocked down, but was saved by the bell. In the third round, Muscovite, apparently believing in their landslide victory, went on the attack and revealed. Popenchenko well your chance is missed, causing seen a gap in the defense of his crown «cross». In the end, Kovrigin was knocked out, and Valery became the new champion.

In the Fall of 1955 Valery Popenchenko enters the border Leningrad higher naval school. This period can be considered successful for him, because in high school guy was lucky to meet a man with whom he later formed the ideal sports Union. This man was a Boxing trainer Grigory Filippovich, Musicians. This specialist could see in Popenchenko a rough diamond and bring it to a new level in the sport.

Grigory Filippovich not just trains Valeria as a fighter, but also teaches him to chess, considering that this game is perfectly develops spatial reasoning in humans. Ward and the coach was able to spend hours at the chessboard. In addition, they also visited and ballet. Musicians often said Popenchenko: “Look, the dancer is owns your body and the movements of a boxer in the ring – that is also the dance”. 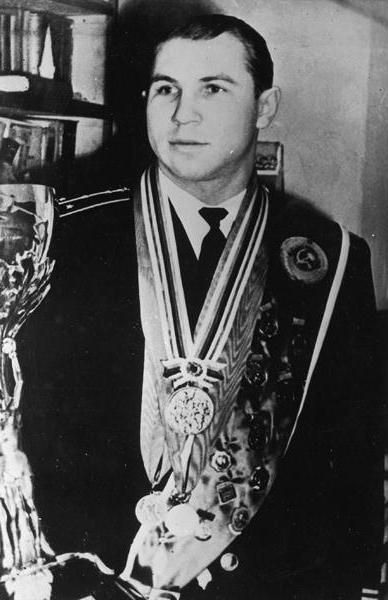 In 1959 Popenchenko Valery Vladimirovich became the champion of the Union in the super Middleweight division. But to go to the European championship in Switzerland could not, as in the qualifying match, he lost to Gennady Shatkova, who eventually became the best in the Alpine country. In the period from 1961 for 5 years, always Popenchenko won the championship of the USSR.

Looking back, we can say – not to take Popenchenko to the national team for a long time was a mistake. Were to blame for his unconventional technique, which was considered a “sloppy”. In the ring Valery moved with a slightly tilted back his head and bowed low with her hands. The blows he inflicted as if not boxed, and fought in the street – biting and sweeping. 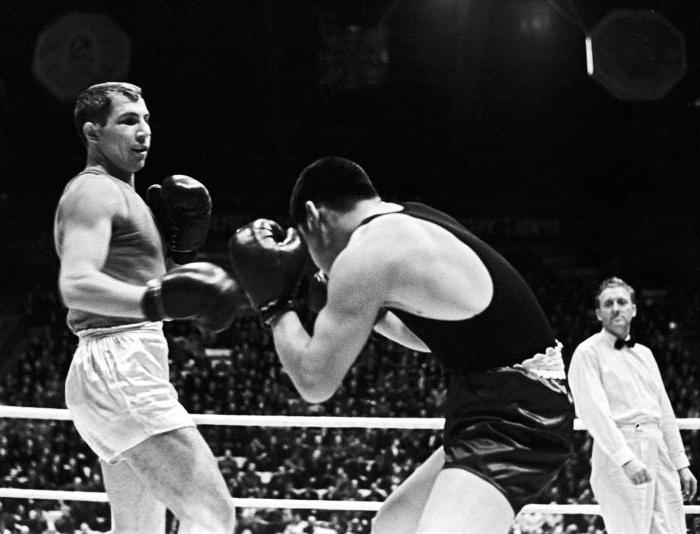 Everything changed, the primacy of the European continent in 1963. In the final match Valery met with Romanian Ion Monya and defeated him by knockout in the second round. And before him a Boxing genius from the Union passed an experienced representative of Italy and a veteran from Yugoslavia, having behind more than 400 fights.

Not surprisingly, the Olympics in 1964 Popenchenko was riding in the status of favorite. In the first battle with the Pakistani Sultan Mahmud Valery wins an early victory. Second fight Soviet boxer Valery Popenchenko wins on points. A third fight with the pole Tadeusz Alascom was stopped early because of clear benefits of our athlete. As for the final confrontation with the German Emil Schulz (who, incidentally, was a five-time champion of Germany) ended in the first round. At the same Olympics Popenchenko was awarded with Val Barker trophy, which is awarded to the most technical boxer of these prestigious international competitions. 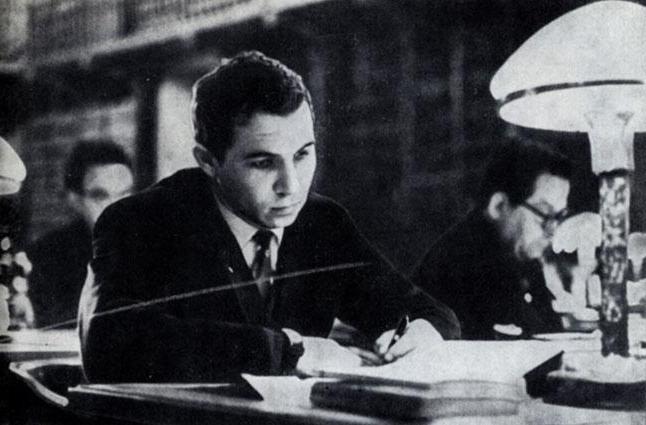 Year 1965 also successful for Valery. He again wins the championship. A series of major victories for several years has made Popechenko famous. His face is plastered in TV screens, his photographs print Newspapers and magazines. But he decides to leave the sport. Behind him's entire career has turned out 213 fights, 200 of which he won. Despite all entreaties to remain in Boxing, Popenchenko Valery Vladimirovich was unshakable. To understand it was easy. Uploaded because it was above the head: Higher engineering school, where he defended his thesis, membership inThe Central Committee of the Komsomol and the family, about which it is necessary to tell separately.

Valery Popenchenko, a biography which was full of different events, met his second wife at the exhibition of Rodin at the Hermitage. She was a student at the shipbuilding Institute Tatiana Vologdina. 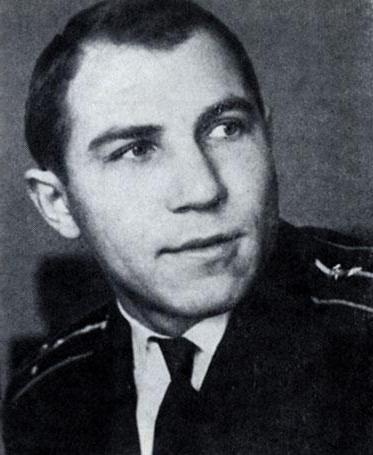 the Famous athlete was able to conquer a young lady on our first date, reading her poetry and talking about art, and she could not understand why his face is familiar to her so much. After three month of Dating the couple married. Later born son Maxim, and the family moved to his mother Popenchenko in Moscow.

Life in the capital

Valery Popenchenko, the fighting which had different entertainment, had quite a difficult character and was very quarrelsome. But in the main city of the Union he was offered several jobs. The famous commentator Nikolai Ozerov actively touts Popenchenko to join him to work during the broadcast of the competition. 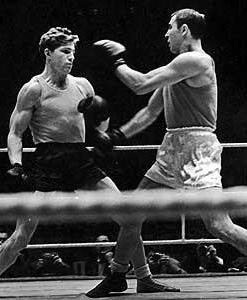 But in the end, "Mr knockout” Valery Popenchenko chose teaching. He became head of the Department of physical education Bauman. Bauman. In the mid 1970-ies there was an active construction of new buildings, including sports arenas. Popenchenko quite often on construction sites controlling construction work. To this end, he dressed in working clothes and went to him. One of these days, February 15, 1975, Valery tragic and ridiculous death. He ran up the stairs with a low handrail and on the next turn fell into the stairwell. And in the time of the fall, according to eyewitnesses, Valery made no sound. The investigation has classified the incident as an accident.

The Last refuge of a famous athlete became the Vvedenskoye cemetery.

Mr-133-shotgun pump-action the type of production of Izhevsk plant, designed for hunting, self defense and law enforcement. This shotgun was developed on the basis of known models IZH-81. Serial Mr-133 was produced in 2000.Descrip...

The boats of the "monsoon": the range, specifications, reviews

the Boats of the "monsoon" - high quality inflatable products from the Russian manufacturer. Large range of models, reliability and durability of materials and affordable price is an attractive choice criteria for a person who is ...

Vitamin b in your body: dosage, how to take

typically, athletes in bodybuilding pay a lot of attention to their nutrition, which plays a role in the construction of the relief of the body. However, some forget about vitamins, which in the period of strength training is simp...