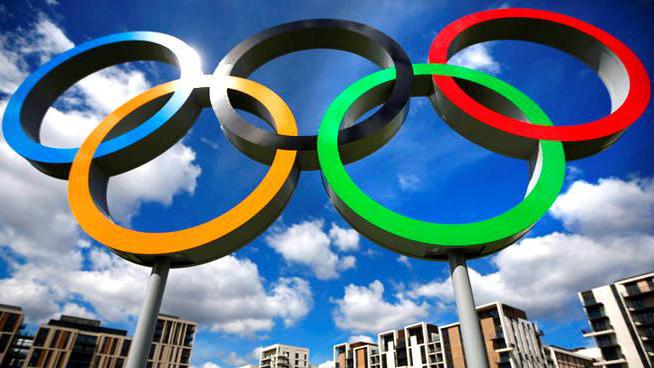 In total, the ranks of the summer Olympic includes about 40 types of sport, but eventually 12 of them were excluded by decision of the International Olympic Committee. Thus, it is possible to name the figure 28 – that's what summer Olympic sports included in the list now.

This is perhaps one of the most popular sports. His birthplace-South-East Asia. For the first time the summer Olympics has included badminton in their list in 1972. Demonstrations took place in Munich. Officially this sport included in the Olympic programme 20 years later in Barcelona. Since 1996, play 5 sets of awards: individual and paired in male and female categories, as well as in the mixed categories. Singles – 36 participants, doubles – and mixed 32 – 16. The winner is the one who first scores 30 points (when the score was 29:29), or 22 (when the score was 20:20). Just match 3 games, winner must win by 2.

The sports of the summer Olympic games include men's (1936) and women's (1976) basketball. Increased attention to the Olympic basketball tournaments was observed when participation began to allow NBA players. In the Olympic tournament involved 12 teams divided into 2 groups. In the quarter-finals out of 4 teams that are eliminated via the elimination system.

This is a team game appeared in the early 19th century in the United States, but for the first time the summer Olympics have included it in their lists only in 1992. The aim of the teams (two of them) is the set of points. The game is played with ball and bat. One player throws the ball and the second beats. If a batter manages to obbezhat all the bases located in the corners of the field, the team points count.

In the list of Olympic sports in 1904 included men's Boxing, and in 2012 this honour is awarded and female. Today, the medals are played between the boxers in 11 weight categories. During the Olympic games the most number of medals won by the USA (48), Cuba (32) and from (20).

Greco-Roman wrestling adds to the sports of the summer Olympic games since their revival in 1896 it was Not in the list only in 1900. These competitions are held only among men. Athletes are divided into seven weight categories. A feature of the struggle is the prohibition of capture below the belt, hooking and tripping. All the action takes place with the use of the arms and the torso. 1904 summer Olympics includes freestyle wrestling, which allowed tripping, hooking and other techniques. Since 2004 in these competitions take part and women. Just for the sport of wrestling provide 11 sets of medals in 4 weight categories for women and 7 for men. 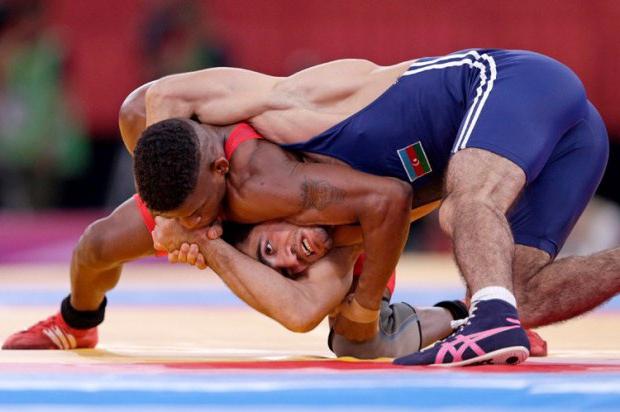 Cycling sports summer Olympics – track, mountain-bike, BMX and mountain bike. Track Cycling was first included in the program in 1896, and the second time appeared only in 1912 the Women's competition was first held in 1988. The track includes individual pursuit, sprint, Madison and points race.

Mountain-bike – this group of women (120 km) or male (239 km) race that starts with a General start. Team members have the right to help each other in terms of repair. In the individual race participants will start every 90 seconds and cannot provide assistance to other athletes. BMX was first included in the list of the Olympic games in 2008. Participants using agile bikes, cross terrain, which is covered with shrubs.

Men's water Polo is one of the permanent sports. So, the first competition was held at the Olympics since 1900, but the women's team became involved only in the year 2000.

The game involves two teams of seven people (including the goalkeeper), and on the bench is six players. The game consists of four periods of eight minutes.

For the First time at the Olympics volleyball appeared in 1924 as an entertainment show. But in the program it was included in 1964. Two teams of 6 people play 3 games to 25 points. The gap should be at least 2 points, otherwise the game is unfinished. Tie-break (5th party) is played to 15 points. The game has technical time-outs are 60 seconds and two for 30 additional seconds.

Beach volleyball is included in the modern Olympic games. Sports differ in location (the name speaks for itself) and some conditions. For example, the game is won in the presence of 15 points one of the teams.

Handball – it's a team game, and both male and female. She made her debut at the Olympics in 1936. The game consists of two matches for 30 minutes. The duration of the break – 10 min. the team consists of 14 people (7 on the field and 7 on the bench). 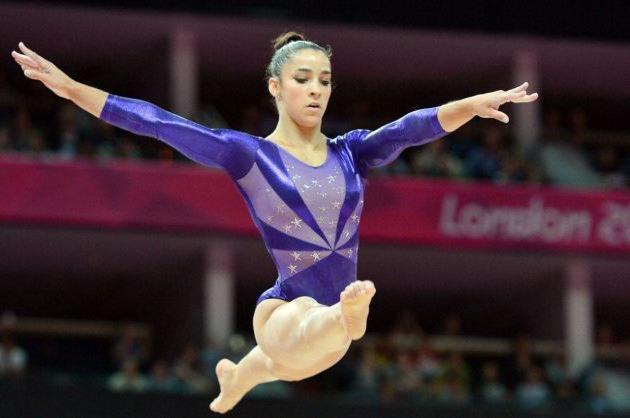 Sports and gymnastics-sports summer Olympic games, which appeared in the list since the revival of these competitions. In 1896 debuted sports men's gymnastics in the 1928 – for women. At the moment among sportsmen played medals in team events and individual all-around, as well as for each shell separately. Artistic gymnasts participated in the competition in 1984. What pleased the fans with the Olympics? Gymnastics is widely known for amazing pirouettes.

What are Olympic kinds of sport connected with rowing? The list includes the following:

Judo is one of the most popular martial arts. It is included in the list of Olympic sports in 1964. The competition among women was first conducted in 1992. They have a mission – to keep the balance and throw the opponent.

This "aristocratic" discipline, it is included in the Olympics since 1900. Varieties of competitions in this sport are constantly changing, but currently the medals are awarded for individual and team participation in show jumping, eventing and exit. 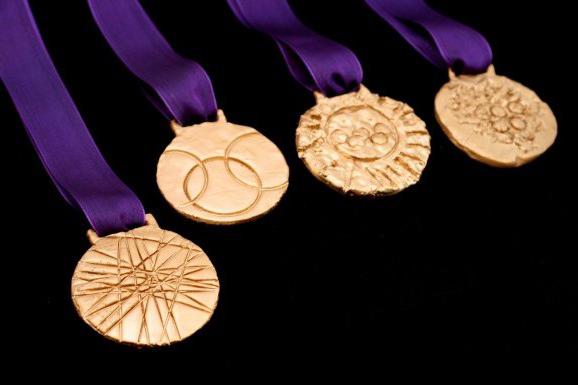 One of the most extensive sports is considered a athletics. The Olympics provides as much as 47 sets of medals. Types of athletics competitions are classified regarding the place of the event:

This sport is one of the most difficult techniques. For participation in the competition provides for 11 sets of medals. At the moment, to replace the old classic vessels came more modern and lightweight.

Swimming was first included in the Olympics in 1912. Competitions in this sport are held in several stages. There are the following types: freestyle, backstroke, butterfly, individual medley relay.

This kind of water sports involving jumping from the tower or springboard (which are located at different heights). For the first time in 1904, at the Olympics were represented by single jumps, but in 2000 – synchronized.

Included in the Olympic sports since 2000, their essence is to perform three exercises of the ten elements. Today at the Olympics played a set of men's and women's medals.

Synchronized swimming is rightly called one of the most refined sports. Its basis – is the implementation of various figures in the water to music. Water ballet (originally the sport was called that way) debuted in 1984 as a single and doubles performances. Synchronized swimming – exclusively women's sport, consisting of technical and long programs. 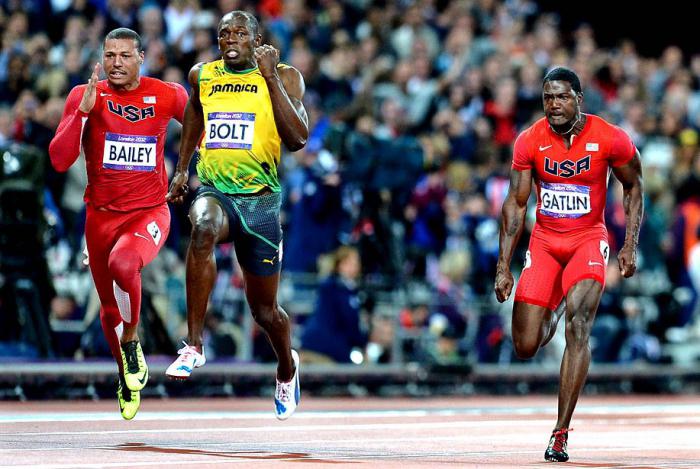 Olympic Champions Russia - the best athletes in the country

In 776 BC in the Greek city of Athens was first held the Olympic games. The audience with great interest watched the competition athletes, wrestlers and other athletes. Crazy success of the first event demonstrated the benefits of...

How to make straps for the bar: tips

Fans and lovers of the classes on the horizontal bars frequently enough dangerous elements in the training process. And avoid injury in advance to take care of the insurance. To provide the required level of security can special w...

the hunting of the hare

an Old Russian fun – the hunting of the hare. At all times it was one of the favorite kinds of men's leisure, especially if it's hunting with hounds. On a hare hunters come to the forest, Prusak – in field, woods, on t...