Restored the temple St. Alexis the Man of God in Krasnoe Selo

Needless to say, no matter how great importance to the revival of the spiritual life of Russia was the return of the Church was taken from them in previous years temples. Even those of them which escaped destruction, was in need of major reconstruction and extensive restoration works. One of them was a temple on the territory of the former Krasnosel Novo-Alexeevsky monastery. 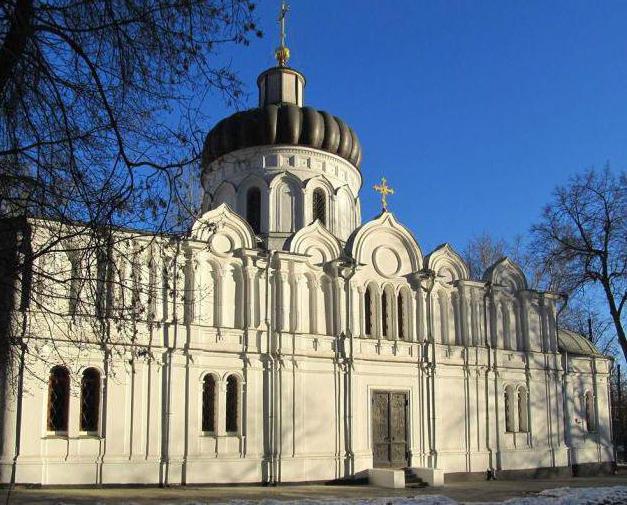 Monastery in the roadside village

According to available records, the Church of St. Alexis the Man of God in Krasnoe Selo, near Moscow was built in 1853. The place of its construction was the Novo-Alekseevsky convent. This monastery has a long history. Founded in 1360, on Ostozhenka street near the Kremlin walls, she in her long life had been repeatedly postponed to a new location, until in 1837, finally confirmed in the Red Selo.

The Settlement where the monastery is also very ancient. It is based in XII century, and the earliest record mentioning him refers to the year 1480. There was a village on an important trade route, called the Stromynsky road, due to which most of its inhabitants, containing the private carting and Inns had income. Red called on the name of the nearby pond, so vast that its size it was equal to the square of the Moscow Kremlin.

The Church of St. Alexis the Man of God in Krasnoe Selo was not the first unique structure, built on the site of the monastery. Yet for more than two centuries before him here was erected a temple in honor of the same Saint, who became one of the masterpieces of Russian Church architecture of the XVII century.

The difficulties of the first years in a new place

In the first years after the resettlement of the monastery at his new place the sisters felt an extreme lack of funds. If earlier their abode, located in the heart of Moscow, was continuously visited by a large number of pilgrims, to replenish the monastery Treasury, now they were deprived of these cash flows.

Living exclusively from their meager farm, the sisters were forced to endure extreme discomfort, and sometimes just starve. The situation improved somewhat after 1867 they were allowed to create at the monastery cemetery, which could be the burial of surrounding residents. Since that time in the monastery Church were regularly performed a funeral service, memorial prayer services and other similar services. This is to some extent eased the situation of the nuns. 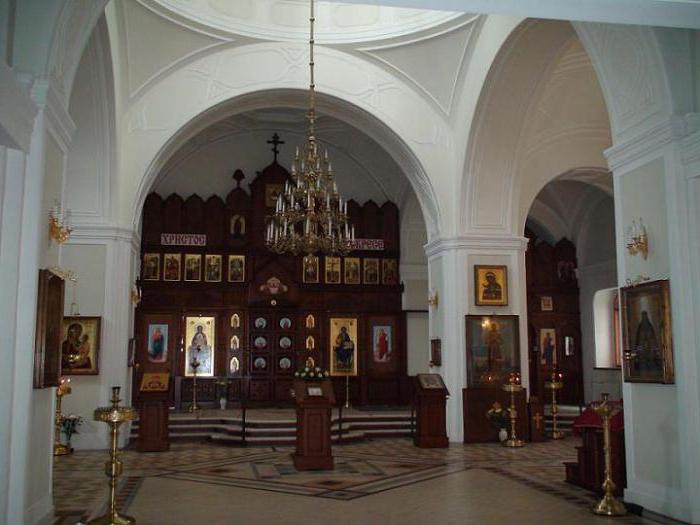 Ascension convent in the nineteenth century

Over time, the monastery acquired importance in the spiritual life of Russia. She enjoyed the special patronage not only of the Synod's leadership, but many members of the reigning house. Of course, this is a very positive impact on its financial position, and thanks to the generous donations allowed the reconstruction of old buildings and building new ones.

To this period belongs the construction of the monastery buildings of the alms-house, which contained up to sixty elderly and sick women. Funds for its construction were donated by rich Moscow philanthropist, the widow of a merchant of the first Guild Prochorus Semenovich Volkov.

Surviving temple St. Alexis the Man of God in Krasnoe Selo became one of the most famous works, the draft of which belongs to a prominent Moscow architect M. D. Bykovsky. He was the author of sketches of the convent walls are decorated with towers. In addition to these works, widely known architect, brought the project also suburban of the estate Marfino.

He Created the Church of St. Alexis the Man of God in Krasnoe Selo (photo distributed in the article), was a spacious, several elongated building, completed with a semi-circular apses – volume projections, which are located inside the altars. Its roof is crowned by a huge dome resting on light drum, that is, construction, with all sides vertical window slits.

Attracts attention and unusually rich in external finish of the building. When it was created, the architect was guided by motives drawn from the Russian Church architecture of the XVI-XVII century. For buildings of this period is characterized by such elements as decorative columns with melons – a kind of architectural element, representing a thickening, resembling the shape of a melon, and various arches, having ogee-shaped end. 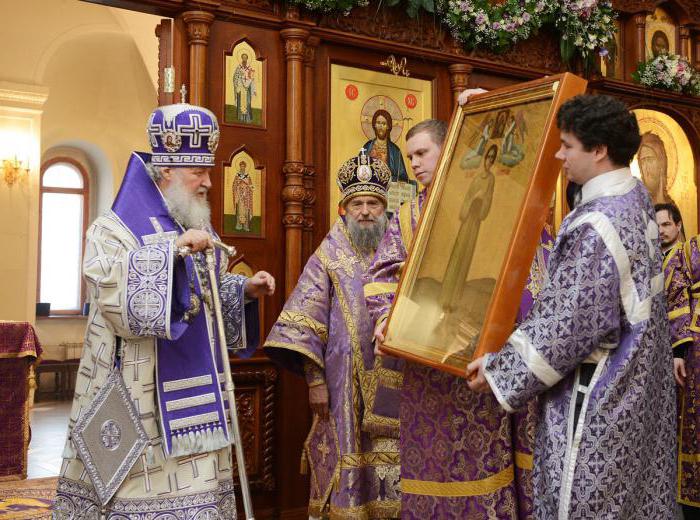 The Church of St. Alexis the Man of God in Krasnoe Selo invariably been famous and its interior decoration. In it were gathered many of the values brought as a gift to the monastery of his rich patrons. This also moved the icons and Church utensils of the former, the Alekseevsky monastery.

Monastic life, interrupted by the revolution

Until 1927, the monastery continued to operate, but then was closed, the nuns expelled, and the area and located on it buildings transferred to the city utilities. At that time, the composition of the ruined monastery consisted of four Church buildings, of which only two have survived to the present day.

One of them – the former Church of All Saints was arranged in the national archives, and it saved him from destruction. Other building – the Church of St. Alexis the Man of God in Krasnoe Selo, whose address is: Moscow, 2-y Krasnosel'skiy pereulok, 3, was refurbished and now houses the House of pioneers. Reconstructed form, grossly distorted his original appearance, he also survived to the present day.

The Sad fate of the monastery cemetery, where were buried many famous people. After the revolution it was razed to the ground, and most of the graves have become a victim of robbers. Later on the site of the cemetery gave the Park and then paved the highway that still exists today.

The Return of the sanctuary and its revival

In the years of perestroika the public red Village and the leadership of the Moscow Patriarchate appealed to the government asking for the transfer of Alekseevsky Church property in the Church. In 1991 it was approved, and immediately it took the builders and restorers. Because the volume of work was very great, they only ended in 2002. It was also made his solemn consecration. 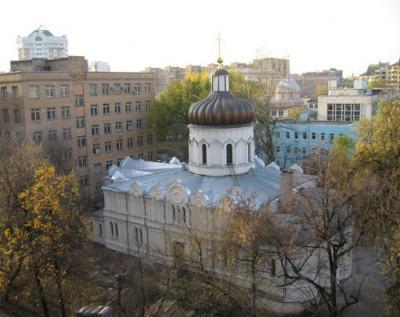 In our days, among other relics, once taken away from the Church but returned to it in the years of perestroika, took his place and the Church of St. Alexis the Man of God in Krasnoe Selo. Schedule of services daily, except Sundays, the early service starts at 8:00 and evening 17:00; weekends and holidays they added a late Liturgy, which began at 9:00.

Tender and angry red cats: what dream? What is predict?

If at all a cat in a dream means an enemy, the reddish-brown animal – is negative in interpersonal relations. To a greater extent it relates to the romantic sphere. Near you a person - that's what they say red cats.what have...

On the subject, what zodiac sign is the strongest, there is a lot of different opinions. But each of the characters has strengths and weaknesses. According to most, the strongest sign of the zodiac, of course, Scorpio. Astrologers...

What would happen if a long look in the mirror ...

the smooth surface... the Mirror... Such a common object of everyday life, without which it is impossible to imagine modernity. At the same time it is also one of the oldest and most mysterious artifacts of humanity, which is cred...

Lipetsk Archdiocese has a long and dramatic history. It is known that she owned is now the territory of the population embraced Christianity in the pre-Mongol period, but due to the frequent raids of the nomads at the end XIV cent...

A fascinating journey through the realm of Morpheus: mushrooms. Collect in a dream mushrooms - good or bad?

Dream – one of the most mysterious phenomena in human life. Dreams, helping the body to recover and implement our innermost desires, and sometimes insanely afraid or discouraged for its “meaningless” content. I M...

To the South-East from the centre of Saint Petersburg, near the Bank of the Neva there stands a dome majestic Holy Trinity Cathedral, an architectural centre and a decoration of the Alexander Nevsky Lavra. Its noble shape is famil...