In 2012, in the city of Cherepovets, Vologda region, has consecrated the newly built Church of saints Athanasius and Theodosius. The initiative of building the Church, made in 2004, the residents of the city. Two years later, with the support of the clergy and the city hall was established by the parish. Fundraising and organization of competition of projects engaged in a specially created charity Fund. 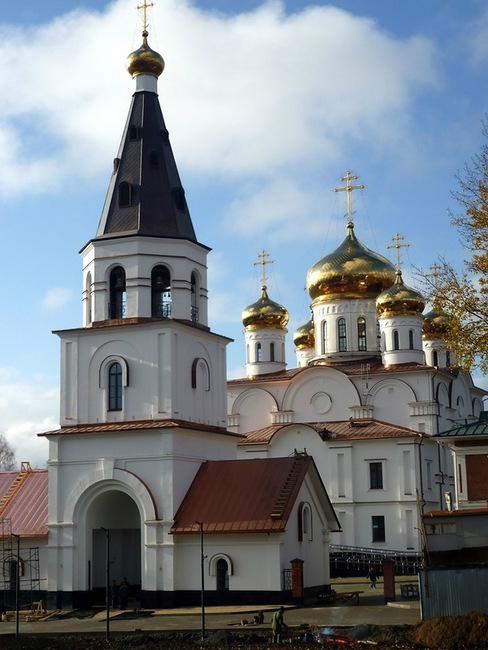 Temple Athanasius and Theodosius of Cherepovets began its history with the establishment of the cross (2006). The first stone was laid in may 2009. Three years later, the newly built and consecrated Church was opened to parishioners.

The architecture of the temple

The height of the buildings classical style of the Church is thirty-five meters. The Church consists of the upper and lower temples. At the bottom be baptized, and the top is designed for carrying out the services. In the upper Church are the iconostasis and the breadth twenty meters and the throne of the Holy virgin. 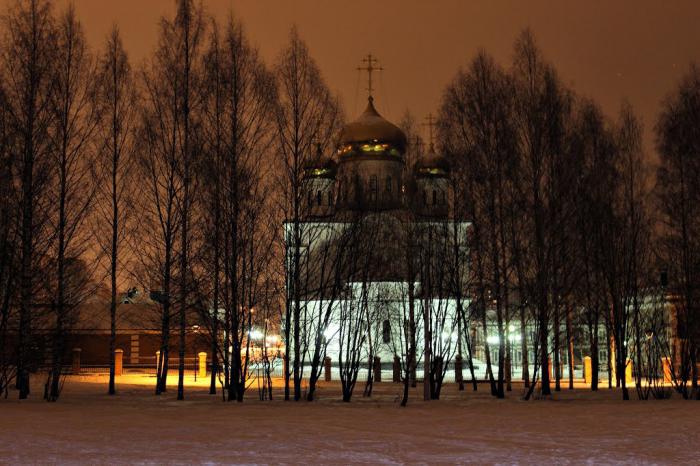 Temple Athanasius and Theodosius of Cherepovets - the five-domed, domes, cupolas and crosses. The biggest cross is six meters high, has a mass of 750 kg.

The Bell tower consists of 12 bells. Top-mounted rectangular tent with a weight of fourteen tons. Temple chandelier with 80 candles.

On the temple grounds are home to the clergy, Sunday school, farm buildings and administrative buildings.

Temple Athanasius and Theodosius of Cherepovets consecrated in honor of the disciples of St. Sergius of Radonezh. The monks came to the confluence of the river Yagorby in Sheksna and settled here. Shortly before the arrival of the monks in these parts at the initiative of the merchant, a chapel was built.

The Merchant decided to erect a chapel after what happened to him a miracle. One day he was being transported by boat the goods, when suddenly in the middle of the day was dark, and the boat ran aground. Frightened, the merchant began to pray and soon the darkness lifted, and the nearby mountain was lit up with bright light. The boat came off the rocks and swam to the mountain. Climb to the mountain man I was so struck by the beautiful view that a year later he returned to this region and built a chapel.

Athanasius and Theodosius erected the Holy Trinity Church and founded a monastery. Our time on the saints preserved very little information. We only know that St Athanasius was wearing an iron rod for the humility of the flesh, and Theodosius, perhaps, was the merchant who had erected a chapel.

Location of the Church

Temple Athanasius and Theodosius of Cherepovets is located in Materinskoy grove. In the XIX century there was a manor Vereshagina. After the revolution, in the grove, shot the victims of Stalinist repression. During the war Makharinsky grove used to house prisoners. Today, it is quite peaceful and beautiful place where nothing reminds of the bloody events of the past. 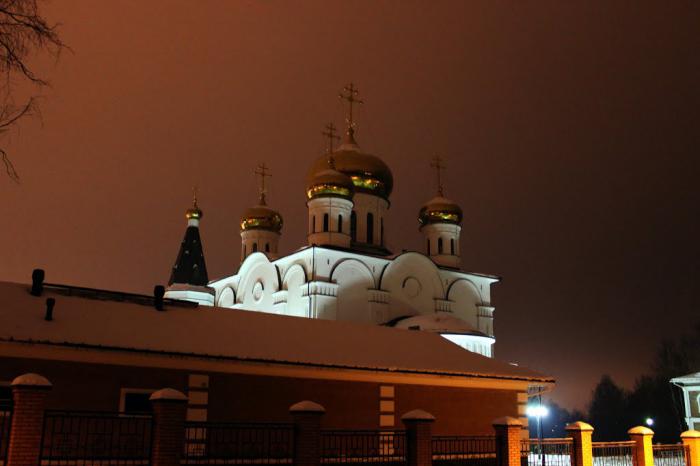 According to the architect, the Church of St Athanasius and Theodosius built on the right Bank of the Sheksna. The temple blends into the natural landscape. The exact address-Cherepovets, Makharinsky Grove, 1. Doors opened to parishioners from eight in the morning until seven in the evening.

Temple Athanasius and Theodosius of Cherepovets – the third time the construction of the Church. In the XVI-XVII centuries on this land he built the Church of the Nativity. In the XX century the Church was damaged by supporters of militant atheism, but was later restored.

The city is the Cathedral of the resurrection, in which the relics of Athanasius and Theodosius of Cherepovets. This temple has a rich history, famous for the frescoes of the XIX century, exterior decorations and old iconostasis. The memory of the relics of the founders of the monastery of St. Athanasius and Feodosiya takes place on 18 July, 8 October and 9 December.

Also in Cherepovets are a Parish Church of the Mother of God ‘Picturesque source”, the chapel of St. Nicholas the Wonderworker and St. Philip Irapskogo.

Pentecostals: who are they, what do they believe?

Orthodox Christianity is the leading religion in the countries of the former Soviet Union. The last decade began to openly Express themselves in various sects and denominations. One of such directions - the Pentecostals. Who they ...

What is obedience? Obedience in the monastery. The meaning of the word "obedience"

In the Orthodox Church, obedience is perceived as the execution of certain orders. However, to properly understand this, we must first carefully examine what is obedience. And most importantly, what it means?the Very meaning of th...

What is the meaning of the name Anna for a girl?

meaning of the name Ann for girls translates from Hebrew as “merciful”. The main features of her character are fair and uncompromising. Usually she is very reserved. About her true feelings to learn is very difficult. ...