Script "Hello, we are looking for talents!" for schoolchildren and students

“we Will be merry while we are young” - says the ancient student anthem "Gaudeamus". Among the students of many talented people. Therefore popular movement of KVN. There is one more competition, not less famous, it's called competition “Hello, we are looking for talent”. How to make a script, what contests to include? What are the characteristics of the event at school and at University? This will be discussed.

Preparation for writing a script in the ‘Hello, we are looking for talent” in the school

Many guys go in for some sports or a club. Someone engaged in music school. To write the event script will need to hold a casting of participants. No need to turn it in the exam. Need just one room, but well made. If this instrumental plays – the child needs to rehearse it. If you selected a reading-the audience should provide a breather. As they say, just in case. A scene with several actors will also require rehearsal. Besides, you will need props and costumes. Sports and acrobatics to perform well with music. Need the help of the teacher or the soundtrack. A staged song – a very spectacular room, it is easy to prepare, and there may be some. 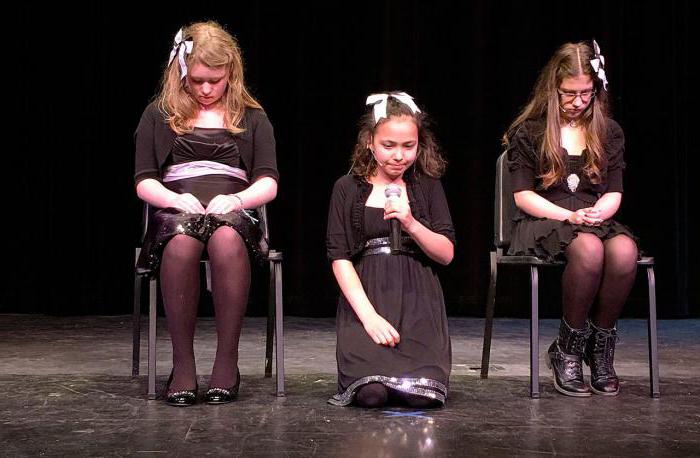 When it is determined performers and their repertoire, it is necessary to link together the disparate parts of the program. It can make entertainer. He will announce the participants and to outline the event. Good idea – the space theme. Guys are showing alien life on our planet, and they – what kind of art they have. Acrobatic and gymnastic rooms can be filled with “aliens”, as they contain no text. It may be a different affair, if you have artistic a couple of guys. They can declare numbers as ‘new Russian grandmother”.

Children who learn to play musical instruments practically from the second year of study can delight in the execution of beautiful music adapted for piano. It "fur Elise" Beethoven, "Child album" Tchaikovsky and the Paganini theme. The same can be said of young violinists. A child can be given the first batch, and the concertmaster will take the piano part. Beautiful waltz “Under the roofs of Paris”, the play Massenet “Reflections”, the waltz from “Beware of the car”. The fifth grade classes begin on accordion and percussion. These guys can play a rousing ditties and songs in the folk style, and the boy-drummer will be able to play a piece of music called "popcorn" on the xylophone. It's all easy.

Even If the scenario of the event will consist of a majority of the instrumental numbers, the concert will be very good. In this case the entertainer can go with the audience on a journey through the countries where lived the authors of the works. Simple props and costumes of the participants will complete the atmosphere.

Typically, these children attend choir and solfeggio lessons. Of those who will not be able to play (broke my arm), it is possible to prepare the vocal performers. In such numbers to enable the children dancing, not playing music.

Gymnastic and acrobatic numbers at school

The Script ‘Hello, we are looking for talent” may include original genre: acrobatic, magic tricks, gymnastics. In the class these guys definitely believe in talent. Let them see and other. Moreover, these classes are designed for the public. So hesitation and timidity of performers should not be. Usually these guys already have professional costumes. But if not – the competition will be a reason to buy them. 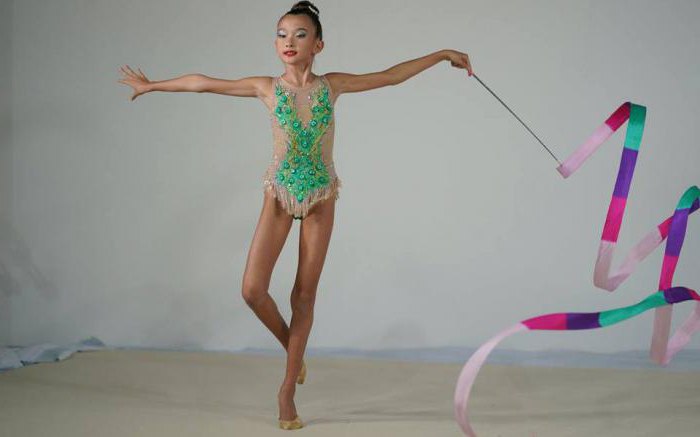 The Performance of these guys is contagious, then someone will want also to learn to move. Physical education teacher can help those who have a desire to build the pyramid. This cheerful room, sport undeservedly forgotten now. The script ‘Hello, we are looking for talent” will help to revive it. Under the command "Do time" is built the base of the pyramid: strong guys getting down on one knee, all calling out the motto. It needs to rhyme with the word “time” class, for example. Then the team “Do” and guys get on my knees and shoulders of the first level of the pyramid. Again the motto. Final stage – one person climbs to the top, the rest of the splits or doing wheel. And again the motto.

An Example of the scoring of the pyramid:

The Script ‘Hello, we are looking for talent” for students

The Students already know, what talents have. So when speech preparation shortage of participants will not. These boys and girls are able to improvise, they do not require a lot of time in rehearsal. Musicians will appreciate the performance of the works, which they passed to the finals. Vocal performers already have supplied votes, and the dancers – possess great body.

The New will be the performance in the genre of “Comedy”. The curator will check, does the text include profanity or risque passages. It is best to choose the theme for the script “Hello, we are looking for talent” study, professional skills, theory and practice of student everyday life. In this case, you do not have to amend the prepared speeches – who loves censorship? 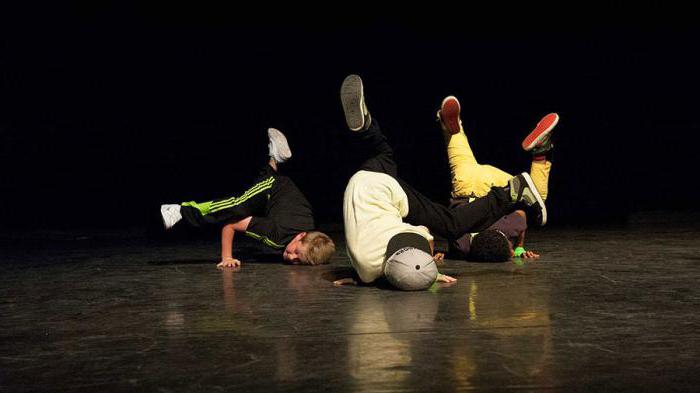 Children of this age have a lot of energy. Therefore, we should expect performances in the genres of rap, rock and breakdance. Most likely, in the team there are those who compose their music and songs. These singer-songwriters, perhaps for the first time will speak to a broad audience. The entertainer will support them, urging hall to the applause.

There is another kind of stage art, which is disclosed in adulthood. Is acting. Those students lucky enough to enter in teams of KVN, then become professional actors. Therefore, the scenario of the competition program “Hello, we are looking for talent” must include scenes.

Those students who are good at drawing can play in the Express competition and draw blindfolded. A job can be a simple landscape, a cow, a man. Entertainer inserts his comments in the course of the job: “Wow, I can see the impressionism! Cubism!”.

Guys can start a band of their own. Or will it be a dance group. In this case, they don't need to open the talent, but they need public recognition. Therefore, these groups can participate on the special bases out of the competition, receiving a special prize “For outstanding dance performance”, “artistic talent”, “Our musicians”. This will help them in the future. 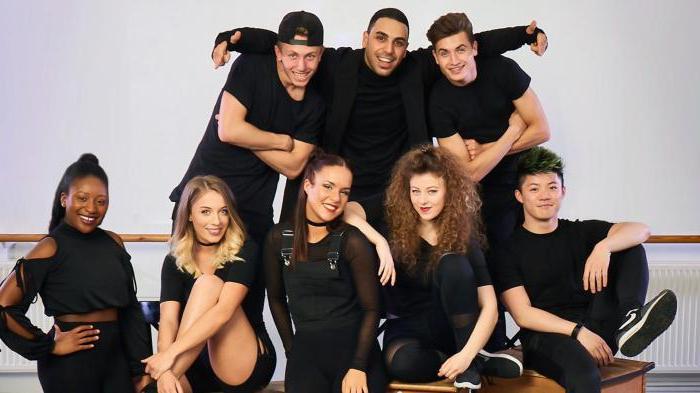 And it can happen that a talented team will be created due to this contest. In this case, the compere will talk about the new rising star and will introduce the participants by name. By the way, the group «time Machine» formed in the walls of the architectural Institute. Ought to wish the guys success and to assure that Alma mater aches for them.

Leading means a lot to the concert. He leads the thread of the narrative, constantly returning to the theme of the event. If occur – able to cleverly get out of the situation, to beat the situation and pretend that it was meant to. Not every adult will be suitable for this role. It is the role of an actor. Conference – and for graduate artists exam, but what about the children or the students! Of course, it will be difficult. But hardcoding in the script “Hello, we are looking for talent” and then – will succeed. 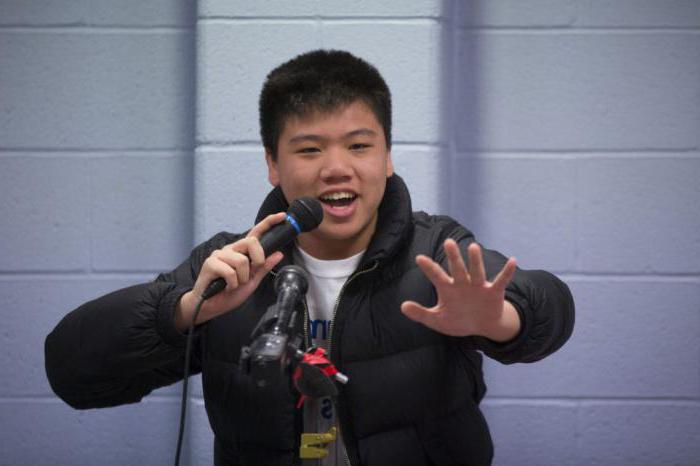 In between programs should provide anecdotes, funny incidents from the life of the school or University. They do not need to memorize enough to have a list before my eyes. Then, during a hitch of leading artists will fill in the pause. And, of course, the whole program of the event it should be. Subsequently, he will receive a special prize of the jury. And maybe the competition will open up new artist.

1. The compere welcomes the audience, announces the theme of the event and the first unit of the contestants.

2. Instrumental works. After each presentation the presenter wishes of the executor and declares the following.

3. Entertainer tells the story about how he wanted to learn to play, but could not, and began to sing. Singing a verse from some classic arias, exaggerated gesturing. Then, with a wave of his hand, announces those who have achieved great success. This next block of artists.

4. Vocal performance. Entertainer supports each singer or group of children.

5. On the scene Stender and joking with the presenter. That gives him the stage, announcing the number.

Despite the fact that Bryusov had a direct relationship to symbolism is still one of his brilliant creations belongs to the Russian classicism. Poem “Dagger” was written in 1903, it is dedicated to Mikhail Yuryevich Le...