The indigenous population of Kamchatka

One of the most remote regions of Russia is the Kamchatka Peninsula. The population of this part of the country is quite heterogeneous in ethnic composition, although with a clear predominance of Russian. This ethnic group began to settle in this region only from the beginning of the XVIII century. But the indigenous population of Kamchatka, the peoples who anciently lived on the Peninsula, gradually dissolves in the General population. Let's find out more about these ethnic groups of Kamchatka region. 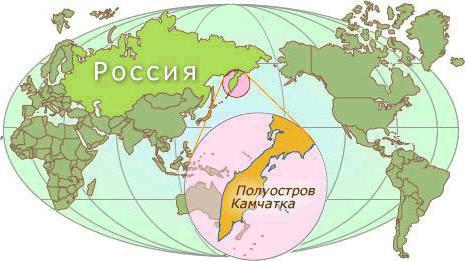 But area of Kamchatka Krai ranks tenth in the country among the regions. It is 464,3 thousand sq. km. Knowing the population of Kamchatka and its area, one can calculate the density. This indicator is also considered one of the most important components of demographic statistics. The density of population in Kamchatka at the moment is only 0,68 persons/sq km It is one of the lowest indicators in Russia. According to this criterion Kamchatka Krai occupies the 81st place among 85 regions of the country.

Now we have to look at what is the population of Kamchatka in the ethnic section. This will help us to distinguish the indigenous peoples of the region out of the total population.

Ethnically, the population of Kamchatka, has a nationality, which is numerically predominant over all others. It's Russian. Their population is 252,6 thousand people, or more than 83% of all residents of the region. But the Russian – not the indigenous people of Kamchatka.

A significant role In shaping the population of Kamchatka as well as Ukrainians. Them significantly less than the Russian, but the people takes the second place among ethnic groups in the region, accounting for over 3.5% of the total population of the region.

Third place - Koryak. This nation has come to represent the indigenous population of Kamchatka. Its share in the total mass of the region's residents is just over 2%.

The Other nationalities, both indigenous and not indigenous, representatives of which live on the Kamchatka Peninsula, much inferior in number those three peoples. The total share of each of them does not even reach 0,75% of the total inhabitants. Among these small Kamchatkan peoples should be allocated Itelmen, Tatars, Belarusians, evens, Kamchadal, Chukchi, Korean.

So what nationality are indigenous to the Kamchatka Peninsula? In addition to Koryak, which we discussed above, to the peoples who were the natives of this Peninsula are the Itelmen.

Stand out Kamchadals are a subethnos of the Russian people that formed their national identity was on the Kamchatka Peninsula.

On each of these peoples we will discuss the details below.

As mentioned above, the Koryaks are the third largest nationality of Kamchatka, and, thus, the first number of representatives of the indigenous people of this Northern region. 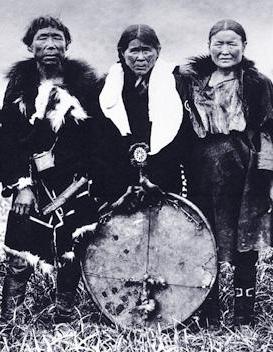 The Total strength of this nation is 7.9 thousand people Of them live on the Kamchatka Peninsula 6,6 thousand persons, which is slightly more than 2% of the total population of the region. Mainly living representatives of this nationality in the North of the Kamchatka region, where the Koryak Okrug. Also common in the Magadan region and in Chukotka.

Most of the Koryak at the present time speak Russian, but their historical language is Koryak. It is included in the Chukotka-Koryak branch of Chukchi-Kamchatkan language family. Most closely related to it languages is Chukchi and Aliutor. Latest some linguists is considered as a subspecies of Koryak.

This nation is divided into two ethnic groups: tundra and coastal Koryak.

Tundra Koryak have self-chavchuveny, which translates as “reindeer” and lead a mostly nomadic lifestyle in the vast tundra, engaged in reindeer breeding. Their native language is Koryak in the narrow sense of the term. Chavchuveny divided into the following sub-ethnic groups: parency, kamentsy, apacinti, idance.

Most believers Koryak at the present time – Orthodox Christians, although quite strong remain the vestiges of shamanism, which came from traditional beliefs of the people.

Housing is the Koryak yaranga, which is a special kind of portable plague.

Now, let's trace the history of the Koryak. It is believed that their ancestors inhabited the territory of the Kamchatka Peninsula in the first Millennium of our era. They went down in history as the representatives of the so-called Okhotsk culture.

First name Koryak began to appear on the pages of Russian documents from the XVII century. This was due to the promotion of Russia to Siberia and the far East. First visit to this Russian region refers to 1651. With the end of the XVII century started the conquest of Kamchatka, Russia. Started Vladimir Atlasov, who along with his detachment seized several of the Koryak of the villages. However, the Koryaks than once rebelled. But, in the end, all rebellion was suppressed. Thus the population of Kamchatka, including the Koryak, became Russian subjects.

In 1803 the Russian Empire was founded on the Kamchatka oblast. The Koryaks lived mainly in Highincome and Petropavlovsk districts of this administrative unit.

After the October revolution, in 1930 Koryak granted national autonomy. So was formed the Koryak Autonomous Okrug. In 1934 he became part of Kamchatka region, while maintaining their separateness. The administrative center was the urban-type settlement of Palana. 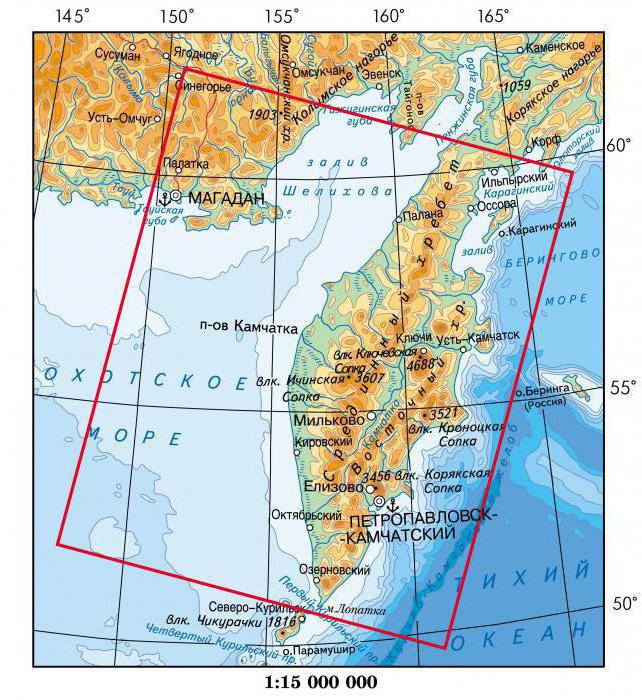 After the collapse of the Soviet Union in 1991, the Koryaksky AO, remaining part of Kamchatskaya region, has been the rights of the Federation. In 2005, a referendum was held, the results of which in 2007 there was a complete unification of the Koryak Okrug with Kamchatka oblast. Thus was formed the Kamchatka Krai. Koryak Okrug was liquidated as the entity of the Federation, and in its place was formed the Koryak Okrug-territorial unit, part of the Kamchatka region, and having a special status, but still deprived of independence. The official languages of this territorial formation are the Koryak and Russian.

For the moment the Russians represent 46.2% of the population of the Koryak Okrug and Koryak – 30.3%, significantly higher than in the Kamchatka region.

Another indigenous people of Kamchatka Itelmens are.

The Total population is about 3.2 million people. Of them 2,4 thousand live in the Kamchatka region, who make up 0.74% of the total population, thus, being the fourth largest ethnic group in the region. Other representatives of this nation live in the Magadan region. 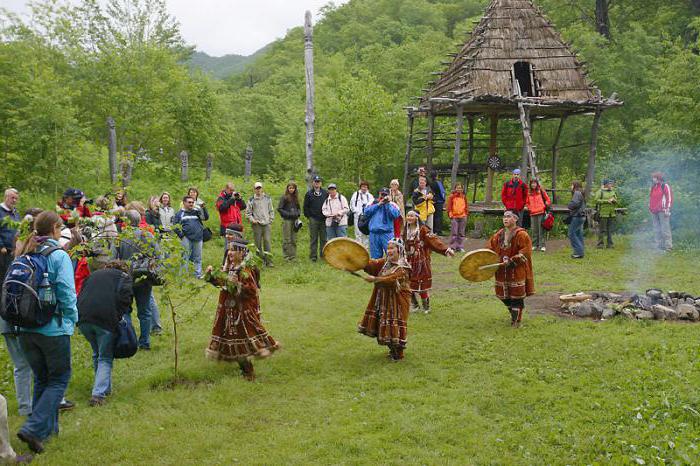 The bulk of the Itelmen concentrated in Milkovo and Tigil districts of the Kamchatka region and its administrative center-Petropavlovsk-Kamchatsky.

The majority of the Itelmens speak Russian, but their traditional dialect is Itelmen, which refers to the branch of the Itelmen Chukchi-Kamchatkan language family. This language is now considered to die.

Itelmen profess Orthodox Christianity, but, as among the Koryak, they have a fairly well developed vestiges of the ancient cults.

The Main occupation of the Itelmens, who moved to the city and live the traditional system, is fishing.

Itelmen – the ancient people of Kamchatka. Most of them lived in the southern half of the Peninsula, North giving the Koryaks. By the time of the arrival of the Russians, their number amounted to more than 12,5 thousand persons, thus exceeding the current number of 3.5 times.

After the beginning of the conquest of Kamchatka, the number of Itelmens began to decline rapidly. The first conquest of this people started all the same Vladimir Atlasov. He passed the Peninsula from North to South. After the murder of their own colleagues in 1711 the conquest of Itelmen continued Danila Antsiferov. He was in several battles defeated the Itelmens, but in 1712 was burned by them, along with his squad. 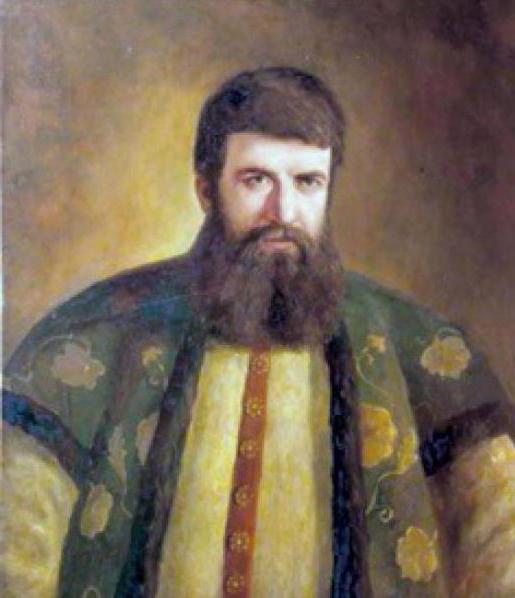 However, to stop the pace of the Russian Empire, Kamchatka Itelmen failed and she was finally conquered. In 1740 the expedition of Vitus Bering laid the center of the spread of Russian influence on the Peninsula-Petropavlovsk-Kamchatsk...

Space is far to ordinary citizens. This is a huge space, people have tried to conquer many years. Developed secret technology and fuel, to finally one day get him open space. All the famous Yuri Gagarin, dogs the shooter with a Sq...

the Monuments of Penza are of interest to all who wish to explore the city that traces its history back to 1663. Information about them is given in this article.“Poetic” monuments of Penzathe village is full of monumen...

Anna Piaggi is one of the most famous journalists in the world of fashion, fashion stylist, and recognized throughout the world style icon. It – one of those people for whom the years are not a hindrance. On the contrary, th...