Italian cinema has always occupied one of leading places in world cinema. This country gave the world many talented Directors, actors, and brilliant films. A special treasure is an Italian actress. The names Sophia Loren, Claudia Cardinale, Gina Lollobrigida, Ornella Muti, still cause awe in the hearts of fans. Laura Antonelli - another star of Italian cinema, whose fame came in 60-70 years of the last century. She's not as famous in Russia as her colleagues on the set, but in the country Antonelli was a star at the highest level. Very beautiful actress, unfortunately, has experienced many tragedies, losses and died in solitude and oblivion.

A Future star of Italian cinema Laura Antonaz was born in an ordinary family in 1941 in Istria, which at that time was part of Italy. The girl's parents were engaged in teaching activities. As often happens, the daughter chose the family profession. Laura began working as a physical education teacher, educated in Naples, Higher Institute of physical education. Perhaps the girl would have lived an ordinary, quiet life with her husband – publisher Enrico Piacentini. But intervened his Majesty the case. The beauty is noticed, when Laura took part in a television show as a promotional model. The girl was invited to the movies. In 1965, she got a first small role in the film Luigi Petrini “Sixteen”. Arriving at the cinema, Laura took the alias Antonelli.

Laura Antonelli was endowed by nature not only of undoubted beauty, but natural femininity and sexuality. Short of stature, with wide-set, light eyes and hair, she was very harmoniously folded. From its chic shapes men just lose your head. Laura was not so catchy beauty, like Sophia Loren.

But the correct, refined facial features, piercing eyes and charming smile did not leave anyone indifferent. 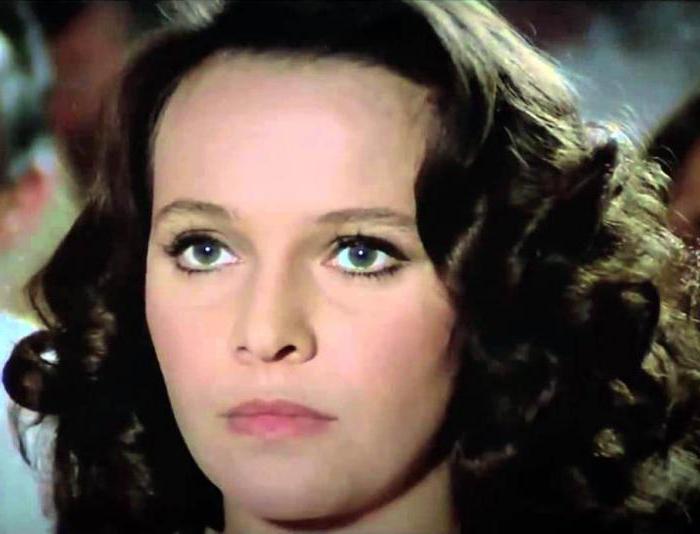 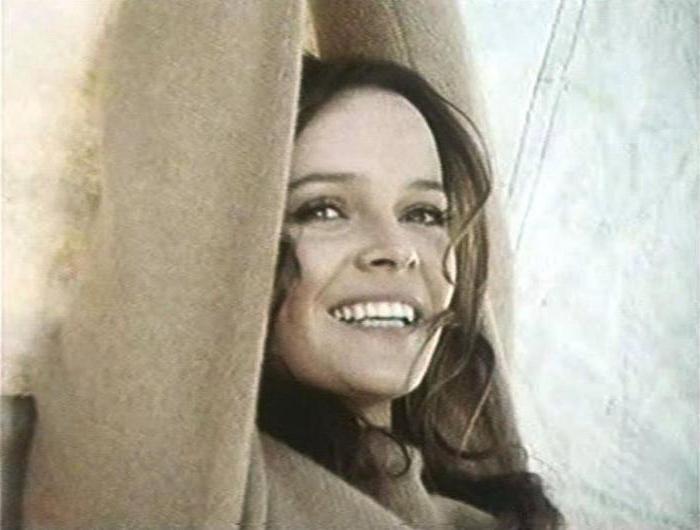 The First film in which Antonelli played a major role, was called “Venus in furs" It was shot by Director Massimo Dallamano in 1969 by the famous novel of Sacher-Masoch. Associated with this project an interesting story. The film starred Italian-German film crew and was intended for rental exclusively in liberal Germany. In Italy he was allowed to be shown only in 1975, after severe censorship. Filmography of Laura Antonelli is very extensive. These works made her famous, but did not bring this glory.

That All changed in 1973, when the actress starred in the movie Salvatore Samperi “Cunning”. He made Laura a star of the first magnitude. The film was a commercial success bringing in Italian cinemas six million pounds. Laura has revealed herself as a talented dramatic actress. 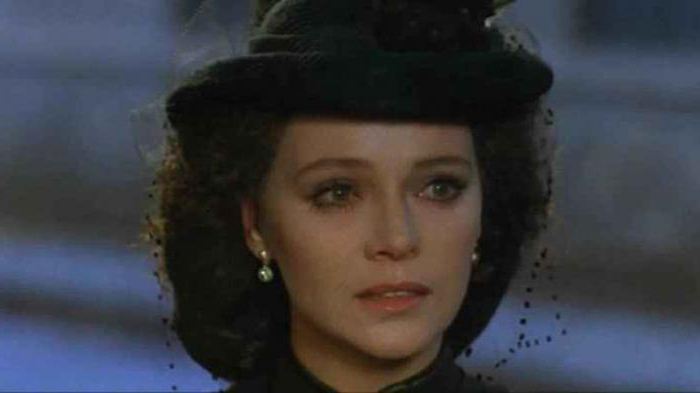 The Most famous films

Laura Antonelli was very famous and in demand actress. For twenty-six years of her career she starred in more than forty paintings. The most successful and well-known critics and the audience referred to several works:

The Talent and the unforgettable image of the beautiful Laura was not only recognized by the audience, but also awarded the prestigious film awards.

Movies with Laura Antonelli, who in different years became winners of the international awards:

Antonelli for her role in this film was awarded in Italy with the title actress of the year.

In 1971 on the set of the film “remarry” there was a fatal for the Antonelli meeting. She met the irresistible Jean-Paul Belmondo. The actor was fascinated by the appearance of Laura and immediately fell in love with her. Antonelli replied to him in return. Passion flared. Laura even went for divorce from her husband, to be near the beloved man. She bought an apartment in Rome. So began their lives in two countries: France and Italy. 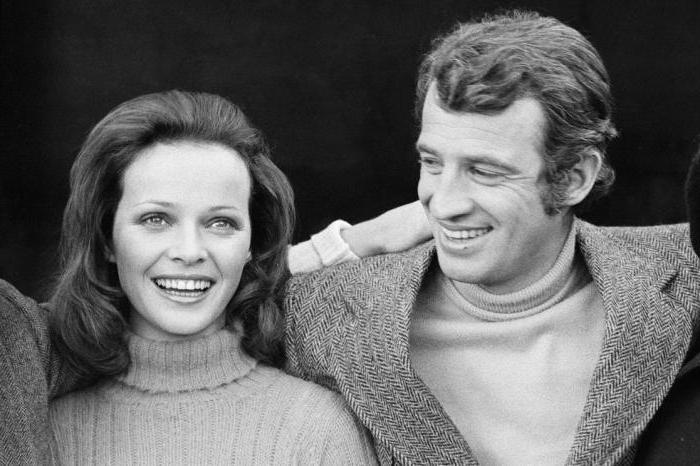 Paul came to her in Rome, and it is to him — in Paris. Belmondo several times offered to Laura to become his wife. It's amazing, but she refused. Although the woman herself has destroyed your marriage for a lover, to marry him was in no hurry. They say that Laura was very proud freedom and career, so I didn't want to change anything in life. This did not prevent her from regularly roll Field scandals and Italian temperamentally him jealous. Their relationship lasted for seven years. Perhaps the couple would remain together for a long time, but Belmondo was tired of the uncertainty relations and the erratic character of Laura. He was tired and decided to leave.

Laura is extremely upset by this gap. It was at that time in her life there was alcohol and drugs. The woman tried to return a loved one, but along with the renowned actor was another – a nineteen year old model Maria Carlos Sotomayor. However, Jean-Paul Belmondo sorry Laura for a long time and helped her financially. Maybe the actress made a fatal mistake by refusing to marry the man of her dreams.

After the affair with Belmondo life, Laura began to deteriorate. She even took many pictures, but in appearance, especially the look, there's some kind of doom. This is particularly noticeable on the photographs. And in 1991, the life of a star has changed dramatically. In her Villa, the police found drugs, Antonelli was arrested and convicted. Not managed to calm down the scandal, as in life Laura was a real tragedy. 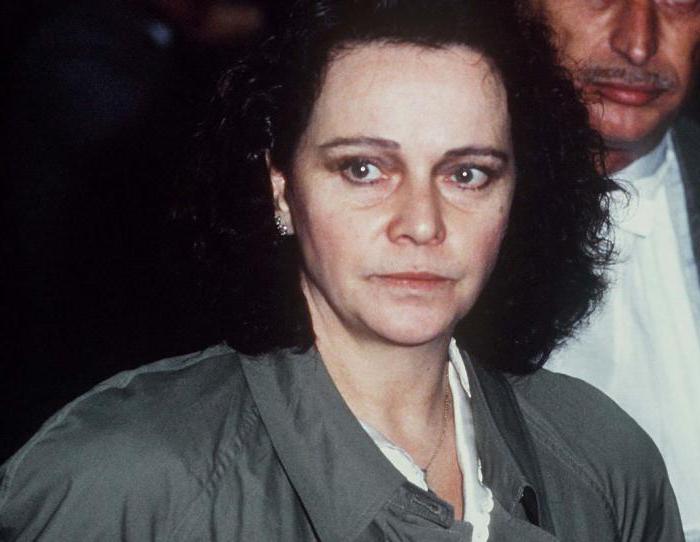 Antonelli long and unsuccessfully pleaded with the clinic. The court first rejected the claim of the actress. Then, as a result of the new process, she was compensated ten thousand euros. And in 2006 alone, Laura was able to prove his innocence, she was paid compensation in the amount of one hundred eight thousand euros. But exhausting the judicial process has brought the actress to a psychiatric clinic. 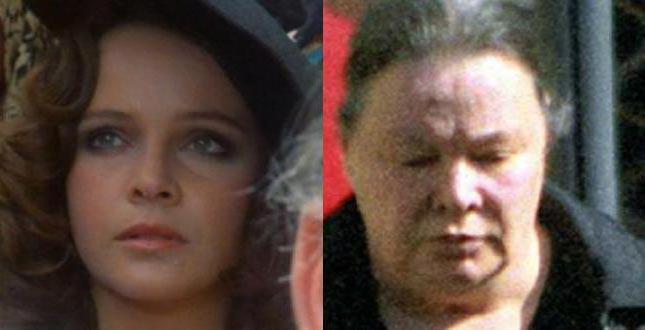 For years, Antonelli spent in seclusion in the town of Ladispoli, near Rome. She lived in poverty, receiving a small pension in the amount of five hundred ten euros. On the question of what happened to her savings and jewelry, she replied that it's a long story. How many losses still had to endure poor woman, no one will ever know. Externally Laura was nothing like his former self. It with anybody did not communicate, did not go anywhere, not watching TV and was not interested in anything. Say, Antonelli was listening to Catholic radio and prayed a lot. 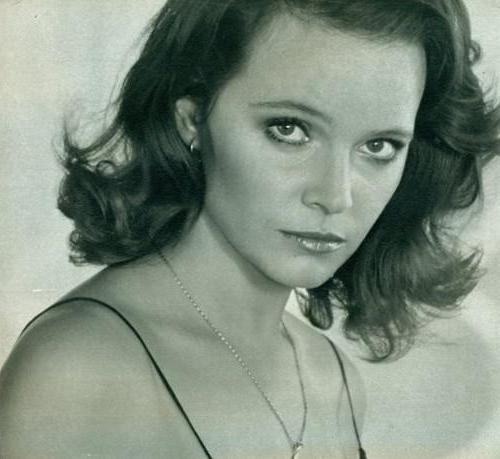 He played many different roles: Dmitry Volkov in the ‘Friend of special purpose" and Maxim Voronov «Ivan Podushkin: Gentleman detective" Ivan Platonov in “Necklaces for women Snow” and Konstantin ...

national history of space exploration is full of heroes. One of them-Pavel Vladimirovich Vinogradov. He began his journey to the distant Chukotka and hardly even dared to hope that when something will fly into space. But the desti...

the Question of what medieval rites depicted in ancient miniatures, it is quite common in various school assignments (exercises, contests, etc.). Work with illustrative material is important because the child forms a visual repres...