One of the landmarks of the capital of Ukraine is considered to be the October Palace. Kiev Boasts architectural creation and tenderly keeps even the darkest pages of its history.

In 1834 General Dmitry Begichev gave his estate with a three-storey building of the Kiev University. But at the request of city Council to the land for the construction of the Institute for noble maidens. Construction began in 1838 and lasted for five years.

The well-Known Kiev architect Vikentiy Beretti, chose the style of late classicism. But the follow through did not happen — he died before the work was finished by his son, Alexander. The main building was released three. It was located living rooms (for teachers, pupils and servants), and directly studying classes. In the semi-circular projection housed the Orthodox and Catholic churches. Around the buildings smashed Park with walkways and pavilions, and the area was surrounded by a high fence. 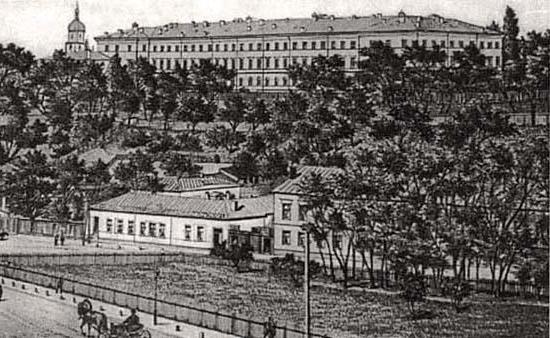 Then still nobody suspected that in a hundred years, the townspeople, mentioning the creation of the father and of the son, Beretti, will say of him: “the October Palace”. Kiev Had inaugurated the new building of Institute of noble maidens.

Where learned what learned noble maiden?

Girls of the noble origin at the age from 8 to 13 years had the right to engage in the finishing school at public expense. Merchant's daughter would come down here after their fathers or guardians made for them a considerable fee (350 silver rubles per year). It was a boarding school, where he received aesthetic and ethical upbringing. Here studied: 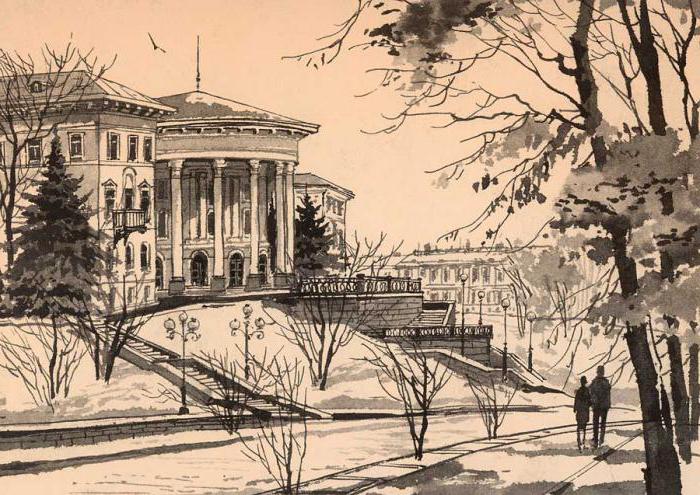 The Course of studies lasted six years. The program was divided into three forms, each for two years. Upon graduation and receipt of diploma graduates were allowed to take the post of governess in the families of nobles and merchants. So in the mid-nineteenth century, the October Palace (Kiev), was a smithy of pedagogical shots of the region. Although in reality in you can find famous writers, singers, and pianists.

Your knowledge of the girls passed the best teachers of Kiev schools and Professor of the Kiev Imperial University of St. Vladimir. Among them were such famous scientists as Nicholas von Bunge, Vitaly Shulgin, Nicholas Kostomarov, and Mykola Lysenko. 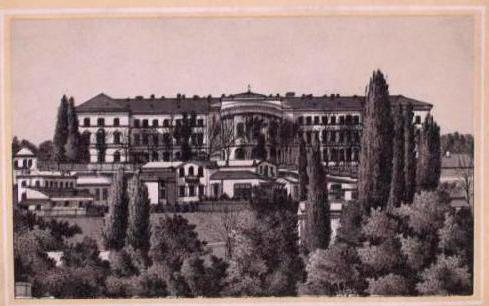 Over time, the Institute for noble maidens became so popular that people wishing to learn, it was much more than allow the potential of the establishment. Institutska street, which housed the corps has been renamed (formerly the street of General Begichev) for the same reason.

The New government brought changes in all spheres of life. So, in 1919, was closed by the Institute for noble maidens in the lack thereof in the country. And the street was named in honor of the revolution of the proletariat — 25 Oct. Here for a short time housed the government buildings, then settled College the leather industry.

A New milestone in the history of the building associated with the return of the city of the Republican status the capital in 1934. October Palace (Kiev) became the residence of the NKVD. In the cellars were arranged chambers for political prisoners, as well as room for torture and executions. Here were tortured and killed the best representatives of Ukrainian intelligentsia-writers, artists, actors, doctors, lawyers, military. All those who believe the new government, and not have exchanged their Homeland for a life in exile.

The Second world war destroyed the building to the ground. Its revival (in 1952–1958) a team of architects under the leadership of Alexey Zavarov became a truly national enterprise. Worked on the construction of a half of residents of Kiev — workers, students, pupils and workers of culture and art. From this moment the official name of the building was pronounced as October Palace. Kiev opened the Palace doors to the first spectators 24 Dec 1957. 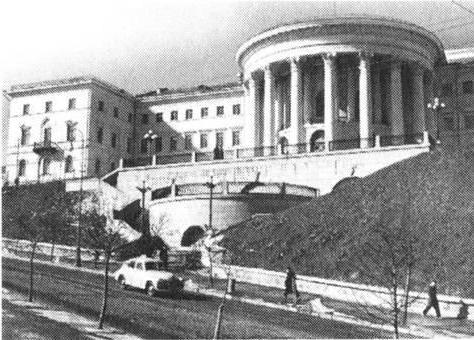 By the mid-1970s this place was the main stage of the country. The auditorium took up to 2,200 people. Here were the most important performances, concerts, meetings and congresses of Ukraine. Every year there were Christmas parties. In addition, when the Palace opened different sections — classical ballet, folk dance, vocal and folk songs.

International center of culture and arts

New time breathed in the political and cultural sphere of the country. The energetic wind of change 1991 gave millions of Ukrainians hope for a new life. Saying goodbye to the recent past, was renamed entire cities and avenues, organizations and area. Under the General hum of the geographical and topographical innovations Institutskaya street regained its pre-Soviet name.

The Palace all this time remained the real center of the spiritual capital of Ukraine. So, his library boasts a unique collection of books more than 70,000 volumes. There are various events with participation of famous writers, composers, diplomats, politicians, members of Parliament and other public figures who contribute to the spiritual revival of Ukraine. Well-lit and spacious rooms, foyer regularly becomes the venue for various exhibitions. Capabilities range from family celebrations to major International conferences, symposia, seminars and congresses. 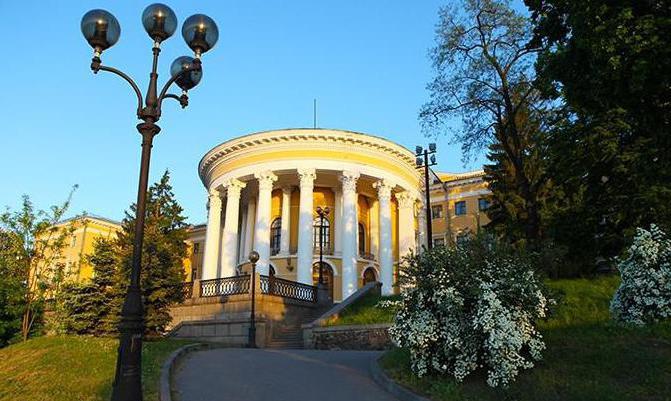 Already in the XXI century, the Palace became the International center of culture and arts. Events and festivals organized here become national holidays. Professional and Amateur theatrical companies and concert ensembles from different countries consider it an honor to appear on its stage.

And the audience out of habit, speaking about the Center Says aloud, “the October Palace" (Kiev). Address National companies recently changed again. The building is still located near the Independence square on the hill at No. 1, but on the street hundreds of Heaven.