The car's horn, how it works

For the chime, all vehicles must have an audible signal. It is sometimes necessary to prevent accidents. 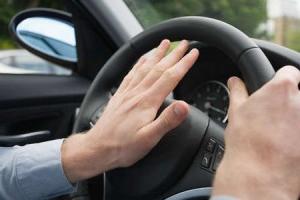 It is Quite common to vibrating signal. It includes a housing, a core with a coil, an anchor, membrane, rod, breaker, resonator disk, adjustment screw, capacitor or resistor. The sound signal is formed when the coordinated work of all of these elements.

The Winding of the core one end is connected to the current source, the second is grounded through the corresponding button on the steering wheel. In parallel with the breaker contacts included a capacitor, which prevents their overheating. The rod goes through the core is attached to the anchor, the diaphragm and resonator disc. The edge of the anchor is placed with the movable contact. When you press the button the circuit is closed current is directed to the winding core, which is magnetized and pulls the anchor. I must say that the rod moves with the armature and causes a deflection of the membrane. The anchor presses on the movable contact that breaks this chain. The core is demagnetized, and all the other parts occupy their original position. Then the contacts close again and current flows to the core. 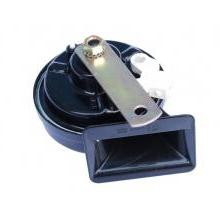 So, while pressing the signal button, the contacts alternately close and open, and membranes form a sound, to regulate which is a special screw. It can be used to regulate the amount of oscillatory motion of the membrane. When it turns clockwise the volume increases when turning in the opposite direction - decreases.

It Should be noted that the audio signal can be of various kinds. So, motorists can apply a simple membrane, or install a system which includes a compressor or musical horns. In addition, there is a pair of horns, which are characterized by a good fruitiness and a fairly wide choice.

I Must say that in cases where the owner of the car chooses a signal worth paying attention to how much it needs a current, since these elements with excessive power can damage the vehicle's electronics.

Quite often the owners of Russian cars are faced with the breakdown of the regular signal. This problem is easy to solve, slightly modifying the feed system sound. 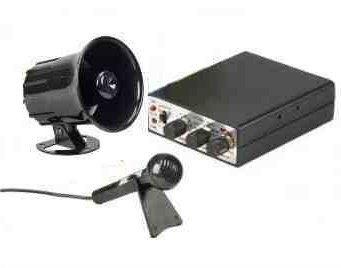 On the audio signal for a vehicle is supplied current at 12 V. In cars VAZ is no relay on the signal, so in the cold season copper wire and a winding go bad. To eliminate such failures should offload the contacts and to adjust the switching circuit of the signal. With this, you can put relays “eye” and closing the contacts.

It Should be noted that in parallel, you can set the beep sound reversing or extra sounds. You can also use Turkish designs that allow you to get low tone beeps. It should be remembered that when installing them it is better to use ordinary copper wire lugs, which in the absence of a special clamp should be soldered.

Oil consumption - what should it be?

For every car owner, it is normal to monitor any changes in his car. Unfortunately, they rarely aimed for the better as parts wear out, harden rubber products, gaskets also lose their properties.All these fluids are referred to as...

Repair of instrument panel: what is needed?

first, let's say that the most common two categories of problems that are associated with the dashboard. The first is electrical malfunction, the second crack. The second case often occurs with the machines of the old type. Consid...

"Telemobile" in Moscow and St. Petersburg has become 5 times as popular in 2017

unlike other services that provide services of car-sharing, “Telemobil”, according to customer feedback, has become the most used among residents of Moscow and St. Petersburg.car sharing – short-term car hire thr...

Why stop the car then start? The reasons, Troubleshooting

it Happens that motorists are faced with the problem, when the engine of their car without any cause stalls directly during movement. The reason for this phenomenon can be several factors. In order to further minimize the risk to ...

With the engine running, the brake pedal fails possible causes and their elimination

Perhaps the most important system in any car – the brakes. The impossibility of timely stops leading to a fatal consequence. It is therefore important to monitor the status of all nodes in the system. And if with the engine ...

Maybe it is hard to believe, but the quality and right choice of equipment for motorcyclists is able to protect the driver from serious injuries even at high speed. Incidentally, this clearly show professionals on race tracks.Prot...