"Gazelle" produced by the GAZ group of companies for 22 years – is officially from June 20, 1994. On the line is the third generation, given the "GAZelle". During this period for the model developed 60 modifications and variants. In addition to the cargo, the machine is available in special variations for municipal services, exploration, passenger transportation, armored vehicles for banks, etc, the Company produce special vehicles, create a car tailored to the individual needs of the customer. Choice of two types of drive and multiple motors – this is only the beginning of a long journey of building a specialized transport. You can order a fiberglass body with a ground clearance of 70 cm and wheels low pressure – such machines are in high demand by hunters, oil industry workers and Ministry. Available even the model of the truck tractor. If the exclusive offer is irrelevant, then you can buy a simple GAS-2705 – cargo van, full metal. 7 seats in the interior and surround the exterior will be another advantage of this commercial vehicle for small and medium-sized businesses.

GAZ-2705 is available in two versions: with three - and seven-seat cabin (for the specifications of the plant to differences in the indexes are not). 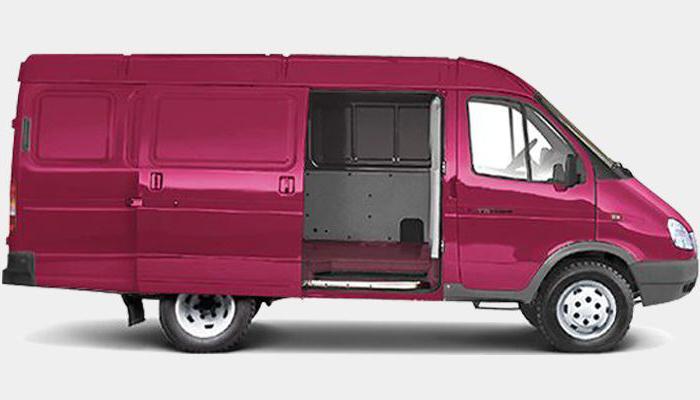 "Gazelle" of the cargo it can carry up to 1000 kg weight. To increase sales performance of the machine in accordance with the driver's category – the complete machine weight about 3.5 t, and in the cockpit at least 8 seats. In the 90-ies in Russia ‘gazelles’ was a competitor – ZIL-5301, the people named a very original way: “Bull”. His full weight was 7 tons, and it is not consistent with category B. In the late 90s and early 2000s, the market demanded other products, and therefore, ZIL-5301 do not fit into these requirements. Model almost left the market, losing its niche ‘gazelles’.

"Gazelle" cargo received characteristics, the most suitable for Russian conditions. For example, the big plus is the presence of strong frame – with this number of modifications to the ‘gazelles’ has 60 options. The frame is so strong that the car before the body rusts and wears out the engine. Because of this, the car GAS-2705 has received commercial success. 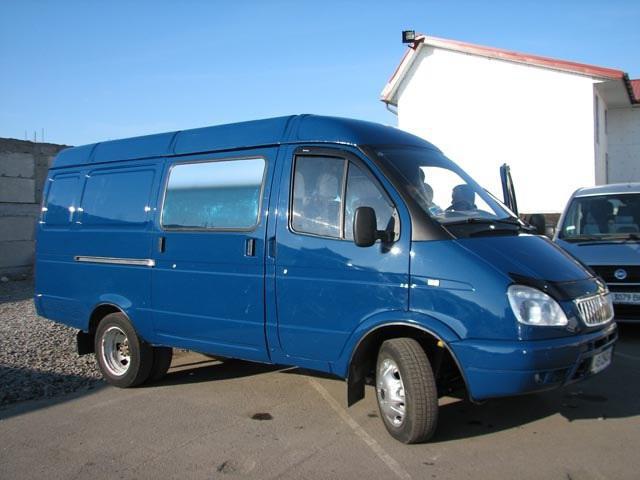 Few people know that GAZ-2705-a cargo van all-metal (7 places) in total were completed with 4 types of engines: 3 petrol and one diesel. Petrol engines to choose there were 2 domestic and one import – “Chrysler" a volume of 2.4 liters. It has a capacity of 137 HP and a torque of 210 Nm. Of the Russian engines, the most popular was ZMZ-405: injection engine, the 2.5-liter and a power of 133 HP, with a torque of 214 Nm. In characteristics it is not inferior to rival the "Chrysler".

The Most modern of all the motors-ul UMZ-4216, equipped with it and "Gazelle" and GAZ-2705. The engine is fuel injected, has received a working volume of 2.9 liters, the power of 106 HP and a torque of 220 Nm. Do not think that a little power will not allow you to carry loads in normal mode. The main factor affecting the engine acceleration – the size of torque. For commercial vehicles it is an important indicator because it affects the ability of a car to carry heavy loads. The lower the engine speed at which the available torque, the less the car will consume fuel. For this reason, machines engaged in freight and passenger transportation equipped with diesel engines – this allows you to save fuel and get maximum efficiency. Of course, diesel is not without flaws, but that's a topic for another, more extensive article. 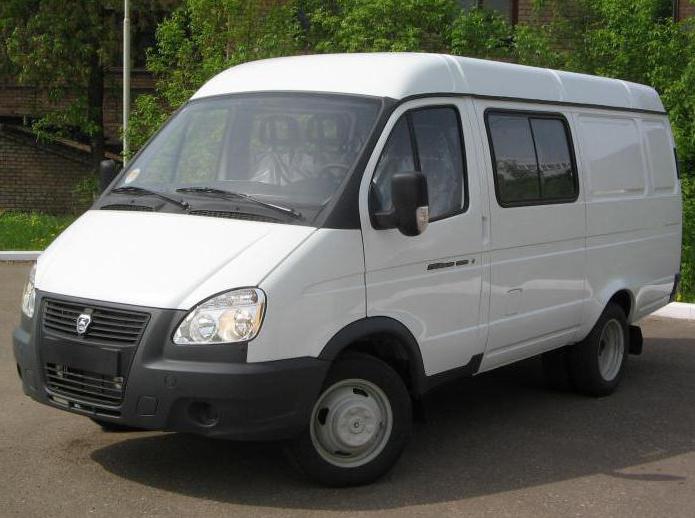 And the last motor-diesel GAZ-5602, created on the basis of Steyr M14. Diesel GAZ-2705 the following characteristics: it has 110 HP and a maximum torque of 250 Nm. This turbo-diesel with a maximum frequency of rotation of the crankshaft to 4750 rpm. It has been popular only in the European part of Russia, Urals and Eastern regions, but is distributed to a lesser extent – a good diesel is easier to find in the Central districts near Moscow. In the Outback is often used fuel is not in season or fill the tractor, not the right, which is often out of order equipment.

The Body is mounted on a strong frame that can carry up to 1000 kg for cargo-modification. In the rear of the car has two hinged doors for loading–unloading the goods, and one sliding to the right. In both modifications of the cargo and passenger compartments separated by a metal wall.

In 2003, the car receives a deep restyling – updated front door, optics, grille and bumper. In the cabin installed a new instrument panel. Was modified and mirrors – they are now painted in body color and has got a beautiful, aerodynamic form. 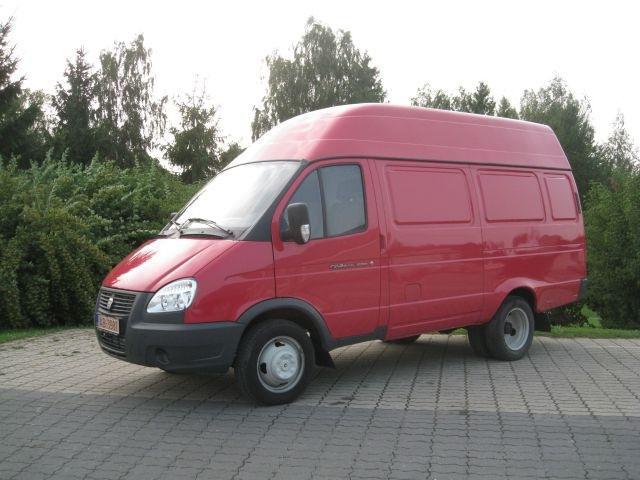 It's Also worth noting that the model GAZ-2705-a cargo van all-metal (7 places), got the new interior parts. The instrument panel is made of another sort of plastic, it meets the applicable fire safety requirements, besides it is not reflected in the windshield on a Sunny day. The designers worked not only on the appearance panel and improved fastening. Now she barely squeaks on bumps and does not emit an unpleasant odor. Testimony of the new dashboard perfectly readable by the driver even on rough roads. Diode lights brightly lit in the dark is an advantage compared to the old tube backlight. As an option you can order air conditioning, which was not in previous models.

The Capacity of the cargo compartment allows you to carry bulky items – a key quality of the car GAS-2705 (cargo van, all metal). 7 seats, including driver's license, make it easy to place cargo and passengers in the cabin of this model, and if the proposed amount of internal space is not enough, then you can order a model with a high roof made of plastic. This will increase the capacity of the compartment, and the driver will be more space should head. It can be used to the maximum, for example, to build additional shelves for documents. On the basis of this model, third-party manufacturers made various modifications-ambulances, armored cars and other options.

Types of drive and transmission

Gazelle is available in two varieties: full - and rear-wheel drive. Four-wheel drive models are most appropriate for the carriage of goods by suburban areas where, perhaps, no quality roads. 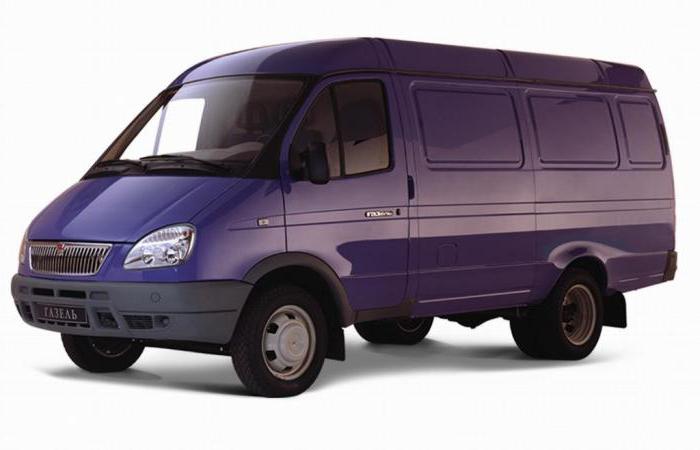 In an urban environment rear drive is sufficient even in winter. In a pinch, you can use all-season tires with snow chains. Only one transmission-5-speed manual, the same one that stood on the “Volga”.

Maintenance of the vehicle, such as the GAZ-2705 brings big problems, despite a significant number of negative reviews. 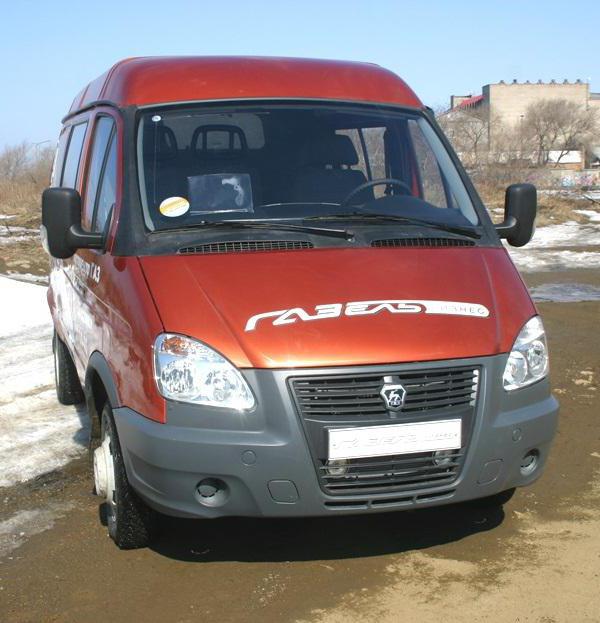 There are several conditions through which ‘Gazelle” will last a long time.

Before using to get better acquainted with the intervals of the replacements of consumables and spare parts by reading the manual. Even a novice driver can replace the parts yourself – the good, the machine design is not too complicated.

In the secondary market to buy utility "Gazelle" it is possible for 350-400 thousand rubles. It all depends on condition of car, year and configuration. For example, all-wheel drive cargo-passenger version with a diesel engine, 2013 release will cost about 500 thousand rubles. GAZ-2705 cargo van all-metal (7 seats, petrol engine) 2013 release on the secondary market is estimated to be from 350 000 rubles. The new GAZ-2705 price starts from 780 000 rubles, depending on configuration and additional equipment.

Interesting model, according to some professionals. Motorcycle «Stealth 200” in principle, no different from other models. Same parts, same Assembly, the difference with the other representatives of the class are minim...

What the driver does not dream of a comfortable, fast and reliable car? Domestic brands of cars in recent times are of little interest to the consumer. But the imported vehicles – that's another matter! The best option that ...

Japanese compact «Nissan Sentra» reviews gets mostly positive. Especially the last model, the third generation. This machine has earned the trust. We should talk about what we are told about it by the owners because re...