The Work of Mikhail Bulgakov "Master and Margarita” is one of the most mysterious novels of the twentieth century. Mystical experiences followed, most film adaptations of this book. Often with performers of the main characters happened a strange incident. No exception and some of the cast of “Master and Margarita", filmed in Russia in 2005

The Book by Mikhail Bulgakov, in spite of its complicated history (it was written in 1937, but published only after 30 years) became a real event in the literature. Shortly after the publication of on the basis of the novel's storyline about Ha-Notsri in Poland was filmed the film “Pilate and others”. In the same year there was a Yugoslav adaptation of the novel, which is quite different from the original. 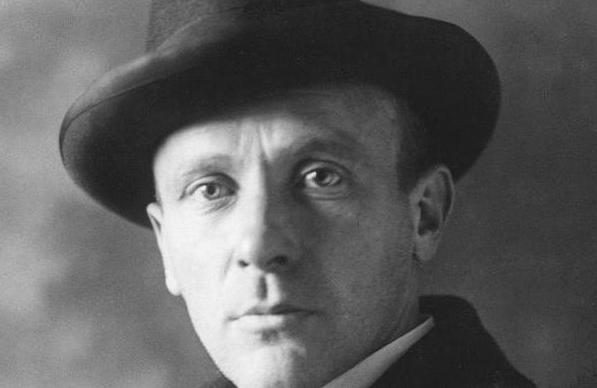 The First is closest to the text of the works, the adaptation became a Polish TV series 1989 In Russia for the first time moved on the screen a great novel only in 1994-m. However, this was one of the best film adaptations in history. In 2005 on Russian television has screened a new version of the novel “Master and Margarita”. Despite the fact that many critics spoke negatively about this film adaptation, at the moment it is the most accurate. This was facilitated by the fact that the project consisted of 10 episodes. It is noteworthy that some actors of the series “Master and Margarita" has already starred in the film 1994 They were Alexander Filippenko and Valentin Gaft.

In addition to accuracy, the series of Vladimir Bortko had a lot of other advantages. First and foremost is the design. The picture is filmed in black and white, imitating the films of the twenties of the XX century, However, when miracles begin to happen, the image becomes colored. As for the cast, to participate in the feed was chosen almost one star. Because of this, the project turned out a little oversaturated. In addition, not all the cast of “Master and Margarita” (photo below) did a good job with their roles.

Oleg Basilashvili in the role of Woland

Oleg Valerianovich has long been a living legend of cinema. On the screen he was able to create very different images: the ambitious Samokhvalova in the “Official Roman", stragglers from the train lover in “the Station for two”, loyal servant of the Fatherland - count Dmitry Prizorova in “Dreams”. 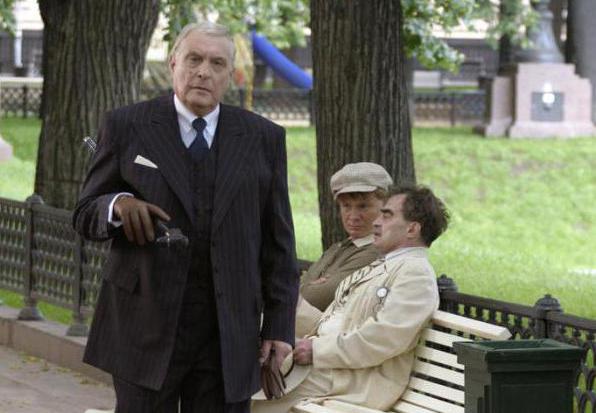 “Master and Margarita” he got the role of Mephistopheles, who arrived in the Soviet Moscow, to see its inhabitants, and to have a ball. Unfortunately, Voland Basilashvili was not very. And it's not talent, was played by the actor perfectly, just Oleg Valerianovich type of tired intellectual. At that time, as the Prince of Darkness Bulgakov, despite centuries of fatigue, was quite cheerful, and in the hours and hard. This side of the character of Woland Basilashvili transfer failed. It should be noted that Valentin Gaft, who performed the role in the film 1994, much better coped with the task. By the way, in the film adaptation of 2005 Gaft played the high priest Caiaphas and Beria.

The lead female role in the film went to the star of the television series “Secrecy of the investigation" - Anna Kovalchuk. Margaret, the actress turned out great. Kovalchuk managed to convey the many facets of this character: and deadly weariness of a lonely woman, and the excitement of the witches, and the Royal dignity of the hostess of the ball. To participate in the film in some scenes, she even had to play naked. 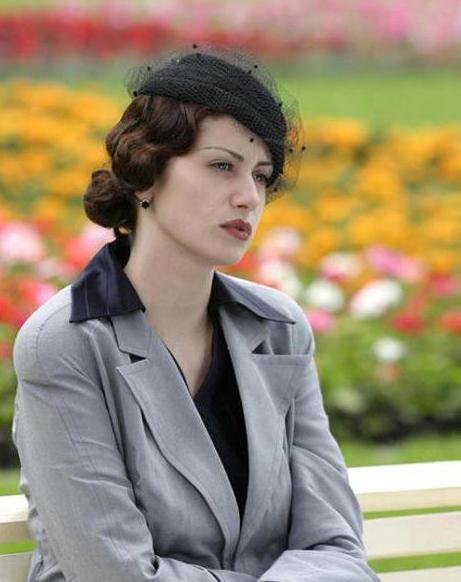 If you compare it with Anastasia Vertinskaya, who played Margarita, Anna Kovalchuk was more similar to the original book. By the way in 2014, she played Hull in the formulation “Master and Margarita” A. Noskov. There is a legend that all of the actors who take part in the film adaptation of the novel, pursues evil rock. Shortly after the release of the television series 2005 in the press rumors that the curse of the Kovalchuk became her divorce from her husband. However, this was incorrect assertion, since the couple separated much earlier, and after the film merely legitimized their breakup.

Aleksandr Galibin as the Master

Like many of the cast of “Master and Margarita”, Aleksandr Galibin was known before. His most famous roles are Prince Jacques «Donkey skin” and Vasily Kapralov “Jack Vosmerkin — “American”. 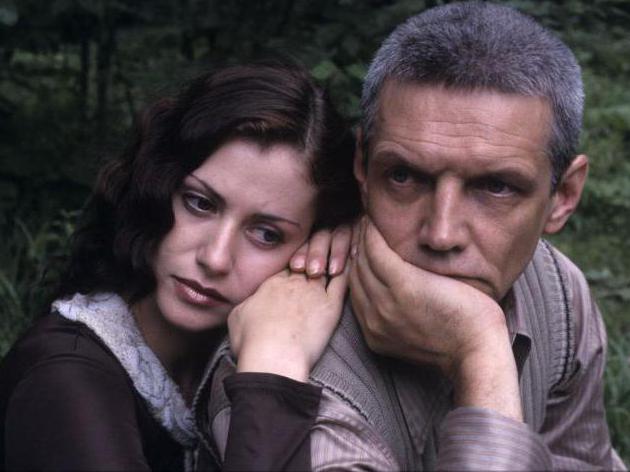 The Role of an intelligent Master, who out of envy and narrow-mindedness of others is in a psychiatric hospital, Galibina well managed. His hero, seems to have just descended from the pages of the novel. A highlight of the image became the amazing voice of the Master, which actually belonged to Sergei Bezrukov, also played in this project. In an interview Galibin admitted that after participating in the television series almost died in a car accident. Although he's not superstitious but thinks that something mystical effect on the actors who starred in “Master and Margarita”.

Sergei Bezrukov in the role of Joshua

Who is this actor, even specify not worth it. After the famous «Brigade», he played all the most interesting roles in the Russian cinema: Esenina, Pushkin, Vysotsky, and many others. Sergey is a real celebrity. Roles this actor so much that Valentin Gaft once joked that he was afraid to die, because after death it will definitely play Bezrukov. 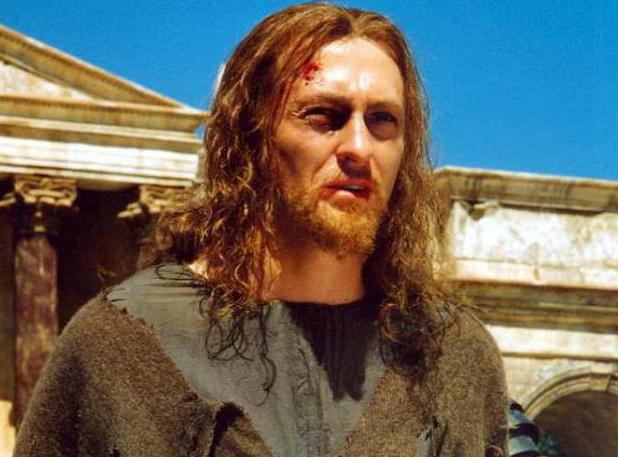 The role of the prophet Yeshua turned actor is great, and the scenes with his participation – some of the best in the series. He's so well accustomed to the way that many viewers at first didn't recognize well-known artist. Critics noted that for a wandering prophet Yeshua the artist was too plump. However, even this could not overshadow the excellent work Bezrukov, who also voiced Master. If you compare his performance with the performance of Nicholas burljaeva in the film adaptation of 1994, that it's hard to say who is better. Both actors did an admirable job, and each one was its own special Jeshua.

The Master, Margarita die at the end of the TV series, Nude, to find peace in another world. But in reality, over the last 10 years did not become 18 actors involved in the series, 2005 Usually, when a person dies in public, always looking for a mystery, and when the dead much? In recent years, rumors about the curse of the novel Bulgakov increase.

However, it is worth considering that for the TV series were invited mostly stars. And many of them were already far from young. In addition, some managed to star in other films after the project “Master and Margarita”. Series (the dead actors in most of the cases suffered from chronic diseases) was one of the last works of Kirill Lavrov, who played Pontius Pilate. In 2007, he died of leukemia. The artist in my professional life has played many great roles in film and theatre: from Lenin to Lord Bolingbroke. Pontius Pilate in his performance came out excellent. Although the image turned out softer than Mikhail Ulyanov who played this character before. 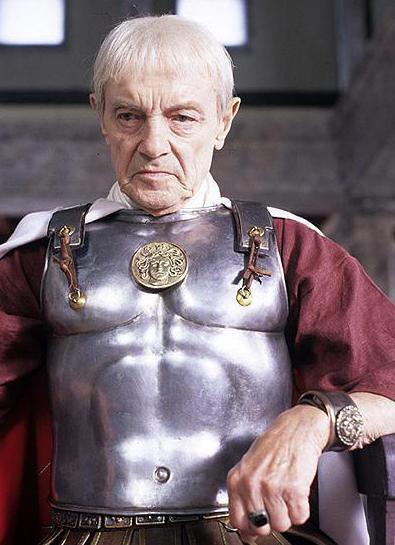 Another well-known actor, whose death associated with the curse of Bulgakov – Alexander Abdulov (“right”, “Wizards”, “Genius”). He played Bassoon - one of the servants of Woland. Despite excellent acting, it is worth noting that Alexander Filippenko, who performed this character in the previous film adaptation, Korovin came out much more interesting. 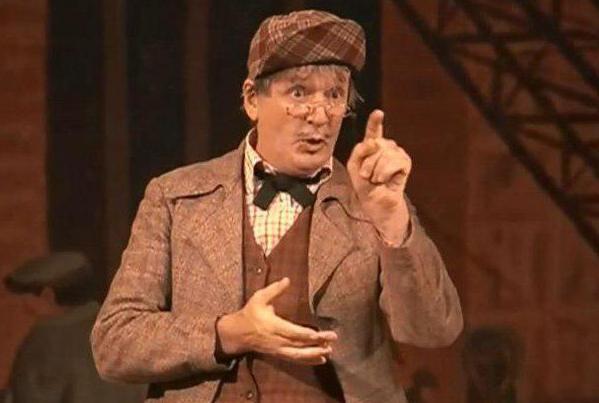 In 2010, under strange circumstances died in his apartment Vladislav Galkin (“Rig”, “Kotovsky”, “Voroshilov sharpshooter"). In the series he played poet Ivan Ponyrev. Most likely, the actor was given this role because of its typical Slavic appearance. He played well, but Sergei Garmash, previously performed this role, bole outwardly looked like a man who lived in the twenties. 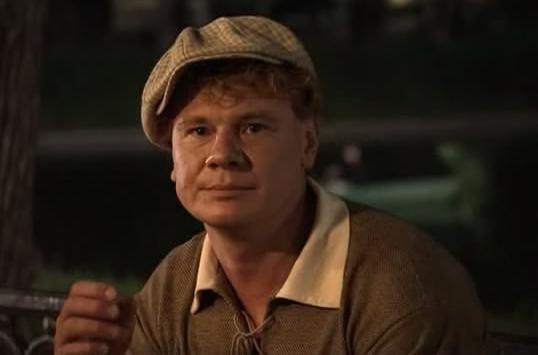 2 years after Galkin did not become Ilya Oleynikov (“Town”, “the Farm, entertainment”, “the Twelve chairs”). The actor who played the Director of financial “Variety” Roman, died because of lung cancer. He was only 65. 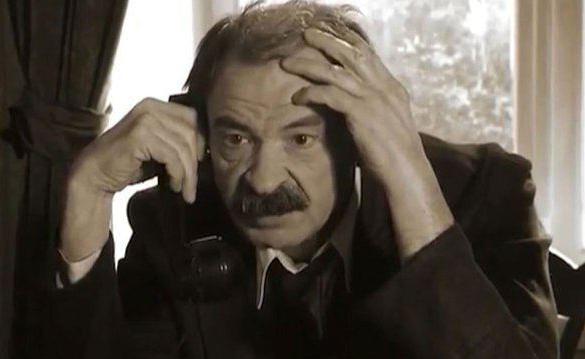 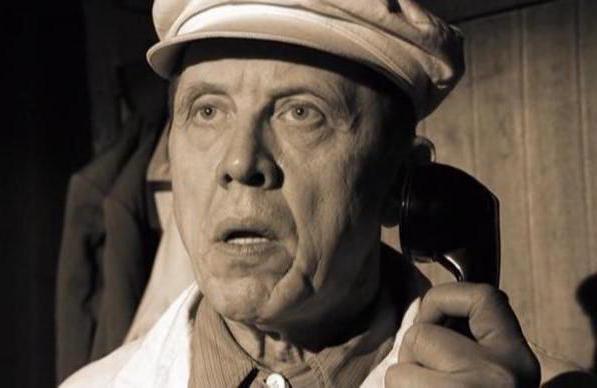 a Bold, vibrant theater and film actress, active participant of television projects Irina Grineva is known for its diverse images in more than 40 films and dozens of plays. Besides, she is the winner of several prestigious awards,...