"The tale of the fisherman and the fish" by Alexander Pushkin. The tale about the goldfish in a new way

Who of us in childhood are not familiar with “the Tale of the fisherman and the fish”? Someone read it as a child, someone first met her, he saw on the TV screen cartoon. The plot of the piece is undoubtedly familiar to everyone. But how and when was written this story, not many people know. It is about the creation, origins and characters of this work we will discuss in our article. And also consider a modern rework of a fairy tale.

Who wrote a tale about a goldfish and when?

The Tale was written by the great Russian poet Alexander Pushkin in the village of Boldino 14 Oct 1833. This period in the works of the writer called the second Boldino autumn. First published work was in 1835 in the journal “Library for reading». At the same time, Pushkin created another famous work is – “the Tale of the dead Princess and the seven knights”. 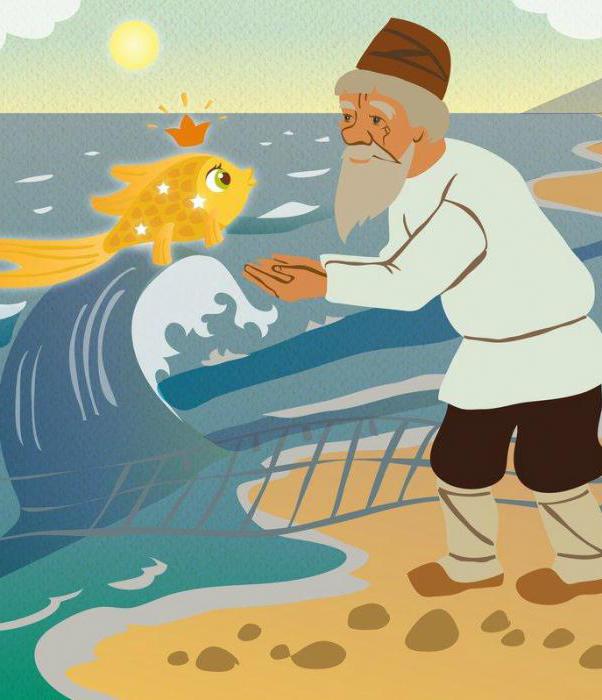 In early action, Pushkin became interested in folk art. Stories, heard them in the cradle from his beloved nannies, preserved in his memory for life. In addition, later, in the 20-ies of the 19th century, the poet was engaged in the study of folklore in the village of St. Michael. It was then that he began to receive ideas for future tales.

But directly to the people's stories Pushkin addressed only in the 30-ies. He began to try himself in creating the fairy tales. One of them was the tale about the goldfish. In this work the poet was trying to show the nation the Russian literature.

Who wrote tales of A. S. Pushkin

Pushkin wrote the tale in the highest peak of his creativity. And initially they were not intended for children, though immediately entered the circle of their reading. Fairy tale about goldfish – not just entertainment for kids with a moral at the end. It is primarily a model of creativity, traditions and beliefs of the Russian people.

However the story is not an accurate retelling of folk art. In fact, little is from Russian folklore is reflected in her. Many researchers argue that most of the stories of the poet, including the tale about the Golden fish (the text confirms this), was borrowed from the German fairy tales collected by the brothers Grimm. 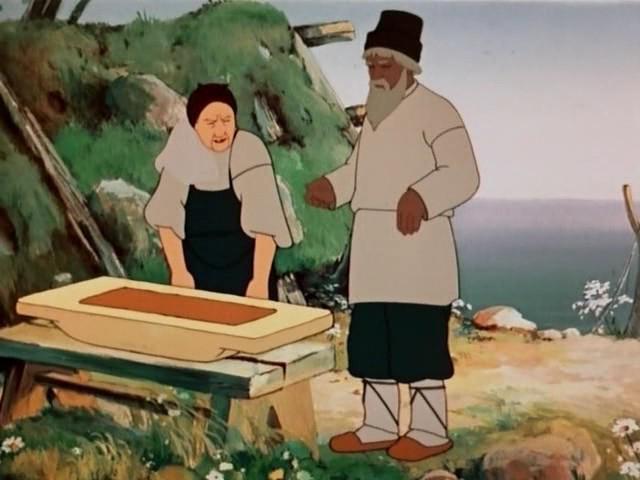 Pushkin chose any plot, reworked it on your own and put it in verse form, not caring about how authentic will be history. However, the poet managed to convey, if not the plot, the spirit and character of the Russian people.

The Tale about the Golden fish is rich in characters – only three of them, however, and that is enough for a fascinating and instructive story.

Images of old man and woman are diametrically opposed, and their views on life are totally different. They are both poor, but reflect the different sides of poverty. So, the old man always unselfish and ready to help in trouble, because I have not once been in the same situation and knows what grief. He is kind and calm, even when he had the good fortune, he enjoys the offer of fish, and just let her loose.

The old Woman, despite the same social status, arrogant, cruel and greedy. She lords it over man, torments him, constantly scolding and eternally dissatisfied with everything. For this she will be punished in the end of the story, remained with the broken trough. 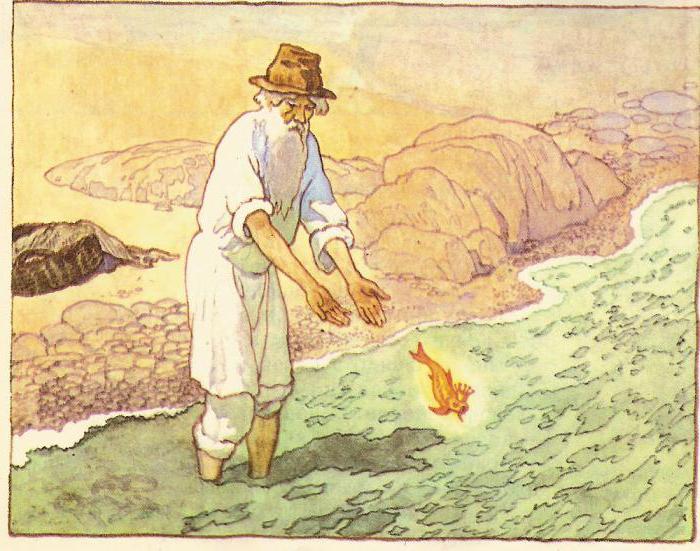 However, the old man receives no reward, because they are unable to resist the will of the old woman. For his submission he does not deserve a better life. Here Pushkin describes one of the main traits of the Russian people – long-suffering. It is not possible to live better and safer.

The image of the fish is incredibly poetic, and imbued with folk wisdom. It acts as a higher power, which from time to time ready to fulfill the desires. However, her patience is not infinite.

The Tale about the old man and the goldfish starts with the description of the blue sea, near the coast which is in the dugout for 33 years live an old couple. They are very poor and the only thing that feeds them - the sea.

Once the old man goes fishing. He throws the net twice, but both times he only brings marine slime. Third time lucky the old man – in his network gets a goldfish. She spoke with a human voice and asks to let her go, promising to fulfill the desire. The old man did not ask fish, but just let her go.

Returning home, he told his wife everything. The old woman began to scold him and told to go back to ask the fish to the new tank. The old man bowed to the fish, and the old woman got what she asked for.

But this was not enough for her. She demanded a new house. Fish fulfilled this desire. Then the old woman want to be columnar noblewoman. Again went the old man to the fish, and again she fulfilled the desire. The fisherman was sent an angry wife to work in the stables. 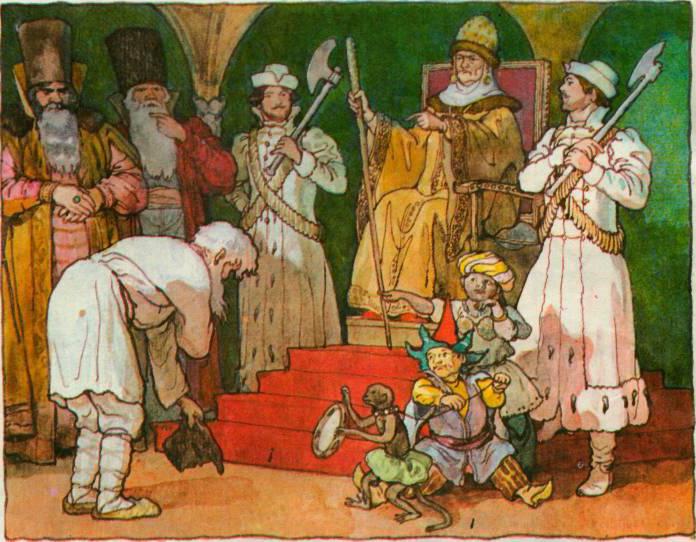 But it was not enough. The old woman told her husband to go again to the sea and ask for her Queen. Thus was fulfilled the desire. But this did not satisfy the greed of the old woman. Again she called to the old man himself and told him to ask the fish, so that made her the Queen of the sea, and she served on her errand.

Gave the fisherman his wife's words. But nothing was said fish, only the tail splashed and swam in the depths of the sea. Long he stood by the sea waiting for an answer. But no longer appeared fish, and the old man returned home. And there he waited for the old woman with the broken trough, sitting at the old dugout.

As noted above, the tale of the fisherman and the goldfish is rooted not only in Russian but also in foreign folklore. So, the plot of this work is often compared with the tale “the Greedy old woman”, which was included in the collection of the brothers Grimm. However, this similarity is very distant. The German authors drew the tale on the moral conclusion – the greed to good arguments, we need to be content with what we have.

The Action in the brothers Grimm fairy tale also takes place on the seafront, but instead of goldfish in the role of wish granter is the flounder, which subsequently is also an enchanted Prince. Pushkin was replaced by the image of a gold fish symbolize in Russian culture, prosperity and good fortune. 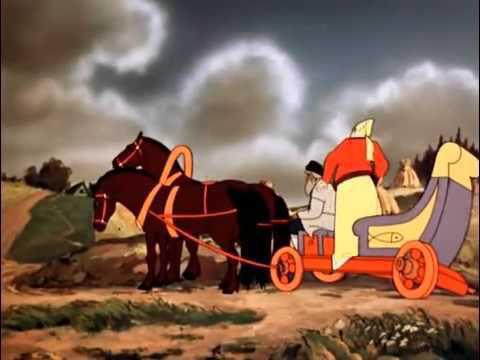 The Tale about the goldfish in a new way

Today you can find a variety of alterations of this tale in a new way. Characteristic change in the time. That is from the old the main characters are transferred into the modern world, where the same lot of poverty and injustice. The time of catching the goldfish remains the same as magic character. But the desire of the old woman change. Now we need to take her machine “Indesit”, new boots, Villa, «Ford». She wants to be blonde with long legs.

Some alterations and changed the end of the story. The tale can end with a happy family life of old man and woman, younger by 40 years. However, this end is rather the exception than the rule. Usually the end or close to the original, or tells of the death of an old man or woman.

Thus, the tale about the goldfish is still alive and remains relevant. This is confirmed by a lot of rework. The sound in a new way gives her a new life, but the problems inherent Pushkin, even the rework is unchanged. 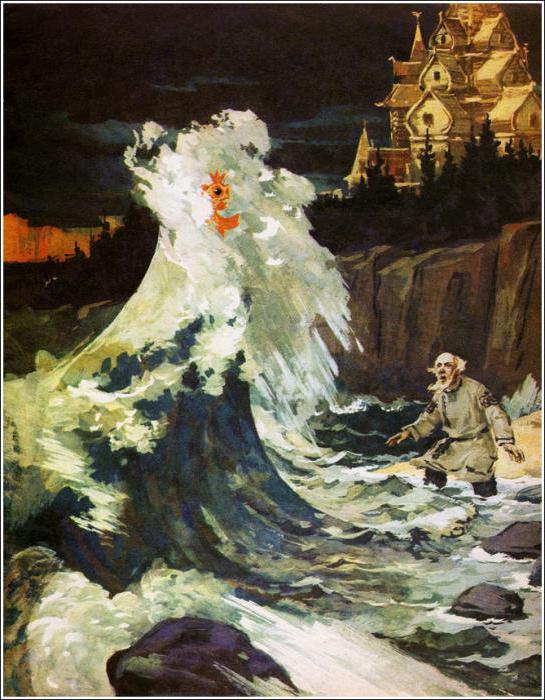 All of those heroes tell these new options are all the same and the greedy old woman, and humble man, and wishes to fish, which speaks of incredible skill and talent of Pushkin who managed to write a work that remains relevant, and after the lapse of nearly two centuries.

The most unusual cinemas in Moscow: the description, photo

If you are tired of watching the same boring movies in the same multiplex, it is worth to pay attention to unusual cinemas in Moscow. Want to experience the atmosphere of the old film still 35 mm film, or Vice versa — want t...

Dr. strange (Marvel Comics) - superhero possessing great magical power. Last neurosurgeon, he has the title of Archmage of the Land and is the main defender of the planet from various mystical dangers. First appeared in Silver age...