Moscow theatre of the young actor exists since 80th years of the 20th century. The main part of the troupe are children of different ages. In repertoire of theatre - musical performances for kids and teenagers.

Children's musical theatre of young actor and spectator was established in 1988. The children are taught here and have the opportunity to apply their skills in practice. Today this Studio is the leader among the similar Moscow school of theatrical art.

Teachers of theatre work by the methodology they have developed for talent development, boys and girls.

Theatre of the young actor gave a start in life to many famous artists and stars of show business. Studied here: Natalia Gromushkina, Nikolay Baskov, Evgeny Malakhov, Valery Lanskaya, and others.

DMTYUA know and love throughout the world. 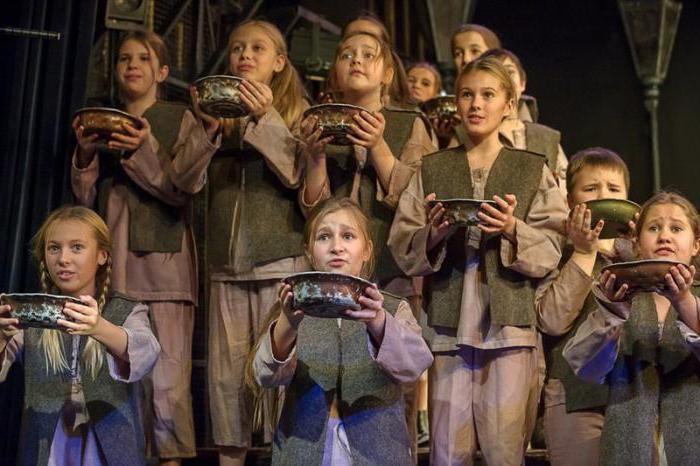 In the theater do the children of younger, middle and older age. What young actors are the basis of the troupe. But in addition to children, there are adult actors. 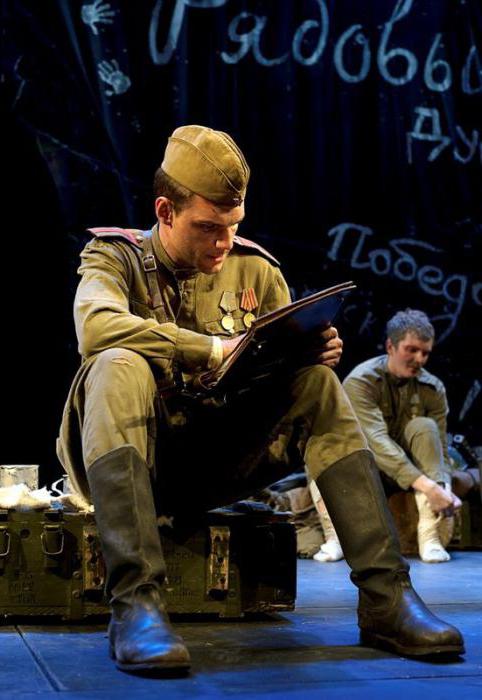 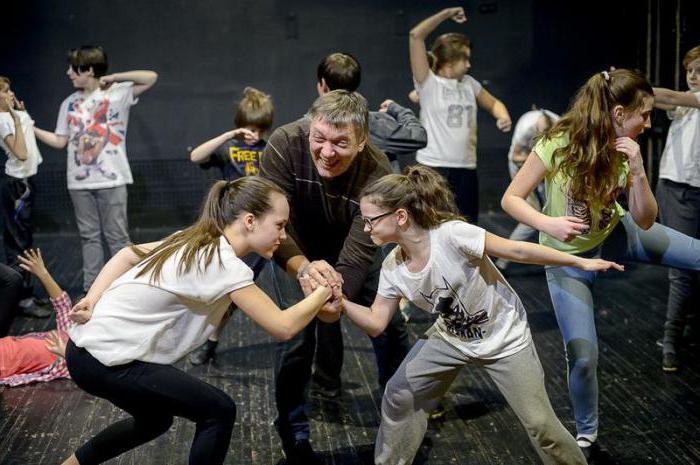 Held Each year the children in the theatre of the young actor. The main criterion by which the children take to the Studio - it's a talent and desire. Those who seek to learn here, it is necessary to pass competitive selection in several stages.

To date, the Studio has been around hundreds of young artists. Their age - from 8 to 16 years. They are vocal classes, acting, choir, stage movement, dance and speech.

The education System here corresponds to the curriculum of leading theatrical high schools of our country.

Children have the opportunity to do an internship, to apply their knowledge and skills on the stage, participating in theater productions, at festivals. And twice a year they give concerts.

Children enrolled in the Studio, if they wish teachers theatre is ready for further receipt in the music or theatre schools. 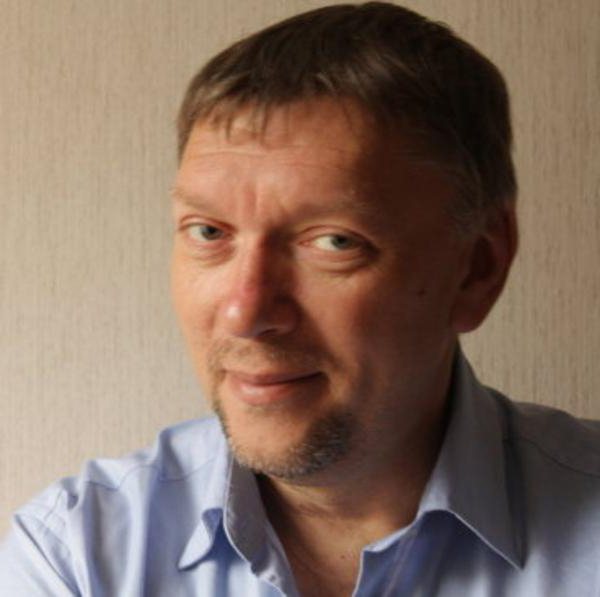 Children's theatre of the young actor lives under the leadership of Alexander L. Fedorov, who is a Creator. A talented teacher (assistant Professor), he, in addition, is also extremely gifted actor, composer, Director.

As a student of the Moscow Institute of steel and alloys, he began to create. In 1980 he organized the theater Department at the school of music Gnesin. At the same time wrote and produced with his students the children's Opera “Play Andersen”.

Since 1983, was a pilot and also an actor and Director in children's theatre Studio. Wrote the music for her three performances.

His musical, "One morning before sunset" became a laureate of the world festival.

In 1988, M. A. Fedorov graduated from GITIS and has received a speciality of the Director. In the same year, he created a Children's musical theatre of young actor. Alexander Lvovich has put more than sixty musical performances around the world.

Theatre of the young actor is on the stage of the famous musical by Lionel Bart based on the novel by Charles Dickens.

First published this book was in England in 1838. It tells about a boy who had no parents. He lived in an orphanage and was forced to work as child labour. Then he escaped and got into a gang of thieves Mr. Fagin. But in the end found his grandfather, who was a rich Englishman and taking the boy to himself.

Oliver meet on the way nobility and baseness, good people and criminals. And he manages to remain sincere and honest.

Very H Dickens had firsthand knowledge of what poverty and hard labor since childhood. He was born into a wealthy family. Was spoiled as a boy, surrounded by love. But the family went bankrupt, and he, then still a child, had to work in a factory to help her mother. In those early years the future writer decided for himself that he will succeed, become rich, and will never know hardship and humiliation.

The Premiere of this famous musical was held in 1960 in London. His success was tremendous. Was this a record for number of performances. Their number exceeded only by musical by A. L. Webber. "Oliver Twist" was awarded many prizes. It was the film that got six “Oscars”.

This show is still popular and placed at different venues around the world. 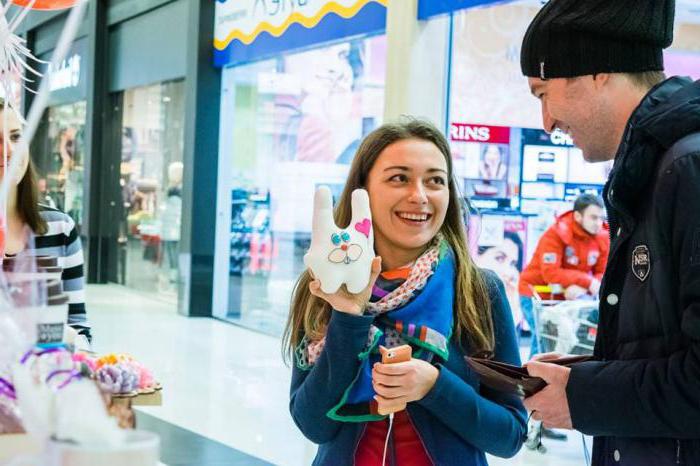 Theatre of the young actor has been active in charity. Here are held workshops for children with cerebral palsy. This is a joint project of the theatre and the charitable Foundation “Artists and Children”.

The master-classes children are taught traditional crafts. Working boys and girls with cerebral palsy that they perform at these sessions, exhibited at a charity fair. Each visitor can acquire any of the children's work, thereby helping charity Fund to raise money for the necessary treatment or rehabilitation.

After the master-class children and their parents receive a gift from the theatre of the young actor interesting spectacle.

For sick children very important such events, because they get the opportunity to develop their creativity, to get positive emotions, to communicate, to forget about medicines and hospitals. Art and creativity are also produce a healing effect.

The theatre in conjunction with the charitable Foundation "Be a Man" holds for "special" children's new year performances. It's the good stories that give boys and girls the joy.

Here, the guys not only look interesting shows, but also play with the animators and take part in various master classes. And they can see Santa Claus and snow maiden and to receive gifts from them.

Henry Kissinger is one of the most significant political figures of the 20th century. During tenure as Secretary of state he was involved in the events that influenced the course of world history. Kissinger contributed to the deve...

it Should be noted that his famous play “bride” A. N. Ostrovsky created for 4 years. Its premiere performance was held in the Moscow Maly theatre on 10 November 1878. He waited impatiently, gathered a lot of fans of Ru...

Alexander Chekhov - an outcast and a favorite

the Eldest son in the family of Paul Yegorycha and Eugenia Yakovlevna Chekhov, Alexander Chekhov was born in the mid-nineteenth century, August 22, 1855. Works signed with the pseudonym A. Gray.His prototype was Misael poloznev in...