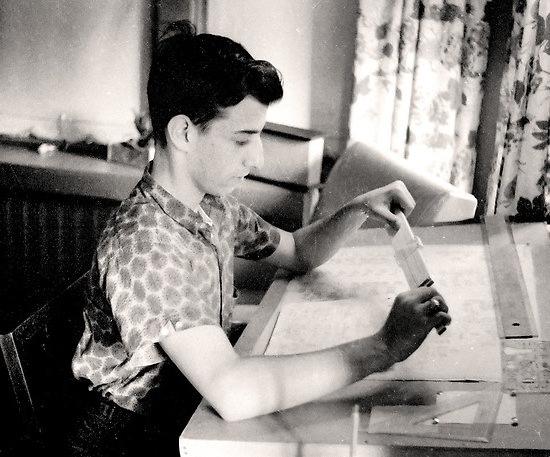 In the age of computer technology, most calculations in the design of equipment are fully automated, engineers can only enter the required parameters through a user-friendly interface.

The XX century was called differently. It was atomic, cosmic, and informational. Aircraft designers improved the planes, and they turned from clumsy biplanes into swift supersonic MiGs, "Mirages" and "Phantoms". Giant aircraft carriers and submarines began to surf the seas and oceans at all latitudes. An atomic bomb was tested in Los Alamos (New Mexico), and the first nuclear power plant began to give energy in Obninsk, near Moscow. Rockets soared skyward...

How were the atomic bomb, rockets and jet planes calculated?

Historical chronicles demonstrate the process of working on these achievements. Scientists and engineers in white coats, standing at the coulmans and sitting at tables littered with drawings, make the most complex technical and scientific calculations on arithmometers. Sometimes in the hands of Tupolev, Kurchatov or Teller suddenly turned out to be a thing unfamiliar to a modern young man - a slide rule. Photos of those whose youth passed in the post-war decades, up to the 80s, also recorded this simple subject, which successfully replaced them with a calculator while studying at the institute or graduate school. Yes, and dissertations were also considered on her, on her own. 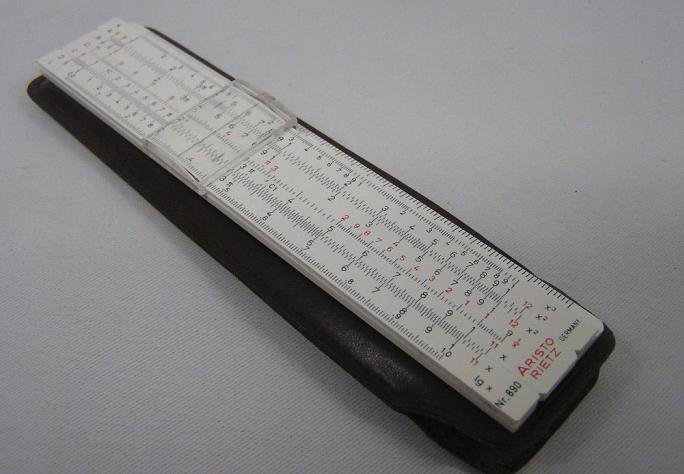 What is the principle of the logarithmic ruler?

The main principle of operation of this wooden object, neatly pasted with celluloid white scales, is based on logarithmic calculus, as the name implies. More precisely, on the decimal logarithm. After all, everyone who has studied higher mathematics knows that their sum is equal to the logarithm of the product, and, therefore, by correctly dividing into movable parts, it is possible to achieve that multiplication (and hence division), squaring (and root extraction) will become a simple matter.

The logarithmic ruler became popular back in the XIX century, when the main means for carrying out calculations were ordinary abacus. This invention was a real find for scientists and engineers of that time. It took them a while to figure out how to use this device. In order to learn all the tricks and reveal its full capabilities, fans of the new counting mechanism had to read special manuals, quite voluminous. But it was worth it. 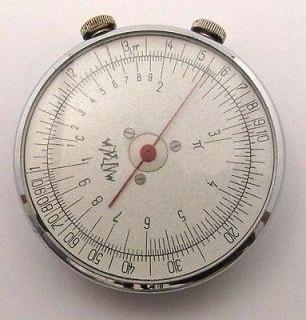 The rulers are different, even round

Nevertheless, the main advantage that the logarithmic ruler has is its simplicity, and therefore reliability. Compared to other methods of calculations (there were no calculators yet), operations were performed much faster. But there are also moments that should not be forgotten. Calculations can be made only with mantissas, that is, an integer (up to nine) and a fractional part of a number, with an accuracy of two (three, who have very good eyesight) decimal places. The order of the numbers had to be kept in mind. There was another drawback. The ruler is logarithmic, although small, but it is difficult to call it a pocket device - 30 centimeters after all.

However, the size did not become an obstacle for inquisitive minds. For those who, by their occupation, should always have a counting device with them, a compact logarithmic ruler was invented. A circular dial with hands gave it a resemblance to a watch, and some models of expensive chronometers contained it on their dial. Of course, the capabilities of this device and its accuracy were somewhat inferior to the corresponding parameters of the classic line, but it could always be carried in your pocket. And it looked more aesthetically pleasing!

Relatively recently, the Appraiser's Day has joined the string of Russian professional holidays.HistoryOn November 27, 1996, the Ministry of Labor and Social Development of the Russian Federation by its decree approved the positio...

The hall is the hallmark of the apartment, as guests are received there and special events are celebrated. Therefore, every detail of the furniture of this room is so important for the perception of the overall picture. Properly s...

The drug "Pantocalcin" is a nootropic agent, the activity of which is associated with the presence of gamma-aminobutyric acid in the composition. The drug has neuroprotective, neurometabolic, neurotrophic effects, increases brain ...